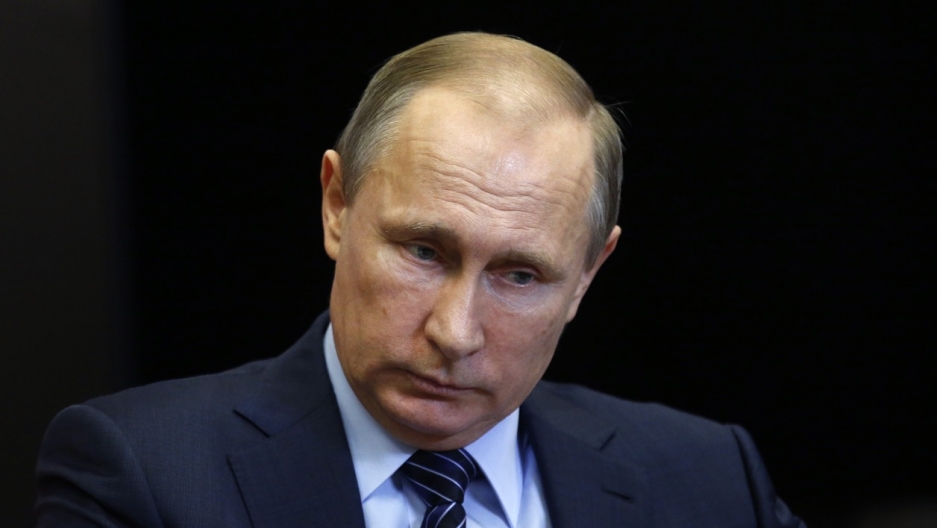 Russian President Vladimir Putin came out swinging against Turkey on Tuesday, saying when a Turkish plane shot down a Russian bomber jet it was “a stab in the back carried out by the accomplices of terrorists.”

But even before Putin made his biting comments in a meeting with Jordan’s King Abdullah II, Russia’s state-friendly media were already working hard to cast NATO member Turkey as the culprit.

Turkish officials claim they shot down the Russian Su-24 following repeated warnings after the jet crossed into Turkish airspace, a violation Moscow has vehemently denied.

More from GlobalPost: Fed up with Russia, Turkey shoots down one of its jets

Rumors spread quickly that the Russian bomber's pilots were killed after they ejected. Turkey is working on disproving that story: "Turkey has information that the two pilots are alive and right now Turkey is trying to recover them," a Turkish official told Agence France-Presse.

Still, damage has already been done and the heavy accusations are escalating. Pundits on pro-Kremlin outlets have claimed the downing of the plane was a planned provocation by Turkey, which they accuse of colluding with the Islamic State.

On Twitter, the hashtag #УдарВСпину — “stab in the back” — was trending briefly Tuesday afternoon. Young patriotic protesters were eager to demonstrate their disdain only hours after the incident.

Putin’s scathing remarks set the tone for other prominent officials to chime in.

“Ankara clearly did not consider the consequences of its hostile acts for Turkey’s interests and economy,” wrote Alexei Pushkov, head of parliament’s international affairs committee and a frequent anti-Western commentator. “The consequences will be very serious.

Unconfirmed news that both Russian pilots were killed after ejecting from their Su-24 only made matters worse.

Russian security analyst Mark Galeotti believes Russian retaliation — like blocking Turkish aircraft or striking “Turkish-backed elements in Syria” — is a distinct possibility. “However, I suspect neither Moscow nor, at the very least, the other European NATO powers will want to let this go too far,” he wrote.

“Russia cannot fight hot diplomatic wars on too many fronts, and Europe clearly wants Moscow to be part of the solution in Syria and maybe Ukraine, too.”