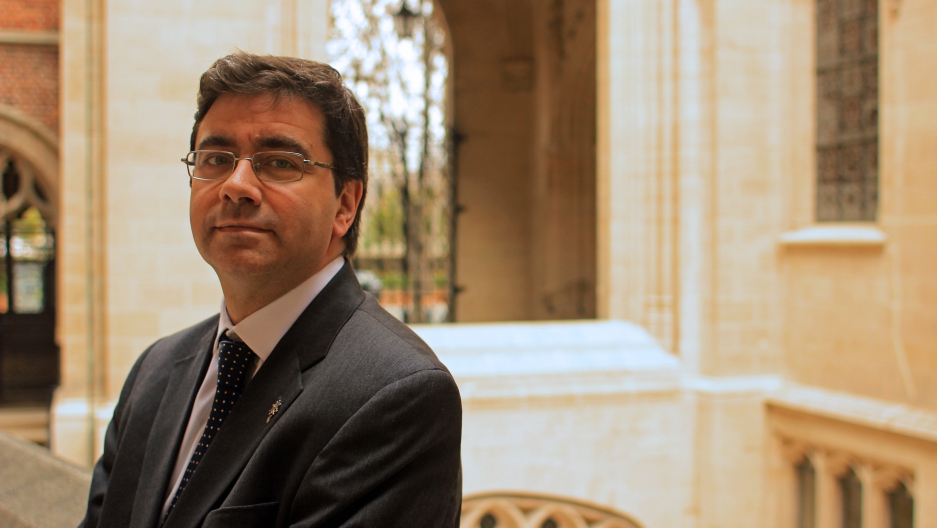 "This week there has been lots of death, trauma, anxiety, sadness". Rev. Jean-Christophe Bieselaar served as a priest in New York in 2001, and now works as a hospital chaplain in Paris.

When the Paris attacks began, Rev. Jean-Christophe Bieselaar was on call as one of the official chaplains for public hospitals in Paris.

"These were war victims; it was war injuries," he says, recalling the shock of that evening.

"There is one lady I remember. And, honestly, I can't tell you why I remember her more than other people. She came into the ER, went straight to the welcome desk. And she said, 'I've heard that my son was brought to this hospital.' And she actually was leaning with both hands on the table — as if she was afraid to collapse if the news was bad."

Along with hundreds of other hospital staff around the city, Bieselaar was scrambled to an ER to help the injured and their families. As a chaplain, his role is to offer spiritual comfort to the sick and dying at times when medical or event pyschological support is of limited use. On that evening, he worked late, meeting victims and their families, and even helping out with practical tasks such as guiding families around the hospital.

It was a deeply shocking event, he says, but one which reminded him of his own time working as a priest in New York in 2001.

From his apartment in Queens, he saw smoke rising from the site of the Twin Towers for days. And he says that he has already noticed a difference in the way New Yorkers and Parisians respond to a tragedy of this kind.

"In New York, the first Sunday after 9/11 churches were crowded to a point we have never seen. People were waiting outside churches with a line stretching for several blocks. So obviously in New York people wanted to get back together as a community — a human community."

The response France has been different, he says. "In Paris, perhaps its too early, or perhaps its a cultural difference. But we did not experience the same thing. We have seen more people [in the churches] but absolutely not to the extent of 9/11."

"There is always a little bit in the French culture that — instead of looking at God as a refuge, saying 'God bless our country' — we prefer to ask 'where is God? And why did God allow these things to happen?'"

Bieselaar now works at the American Church in Paris, an institution that caters to both Americans in Paris and the local community. He says he has already seen people coming together and trying to find closure.

One occasion that moved him personally was a marriage he officiated just a few days after the attack. It gave him a sense of the future, he says. "This week there has been lots of death, trauma, anxiety, sadness. But then to see a young couple get married, to see them smile, full of hopes — it really blessed me. It gave me hope for all of us."