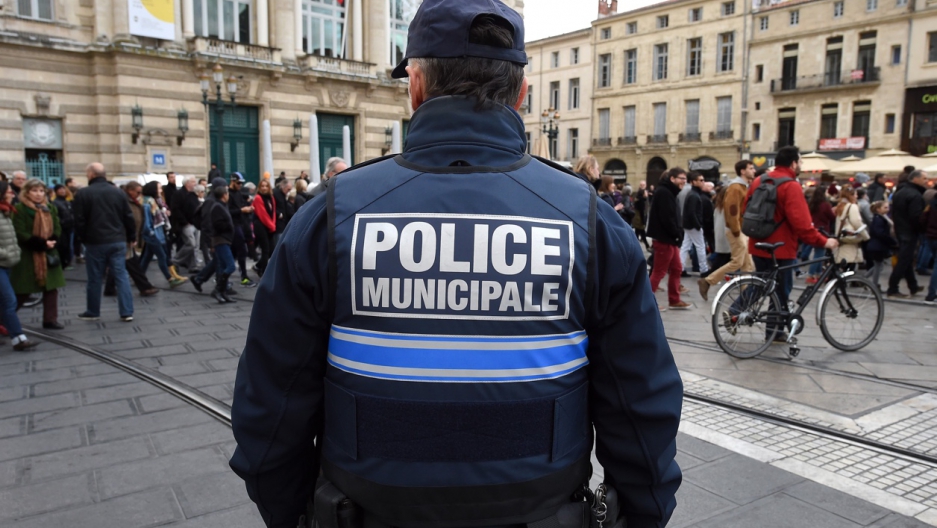 Well, this was probably inevitable. When you have a dozen or so different militaries bombing a single country, some of them at cross purposes, the likelihood of shooting down the wrong jet increases pretty wildly.

It happened today when the Turkish air force took down a Russian jet, though not by accident. Turkey says it had repeatedly warned the Russian plane that it had crossed into Turkish airspace. Those warnings were apparently ignored. Russia claims their jet never left Syrian territory.

The details remain a little murky. But it appears to have happened, a day before Russia’s foreign minister planned to visit Turkey for discussions related to the Syrian conflict. Those discussions are probably going to be a lot more heated now. Diplomats everywhere are scrambling to make sure this event doesn't lead to escalation. Russian President Vladimir Putin, however, is not helping that cause. He said the attack was a "stab in the back" and called Turkey an "accomplice of terrorists."

When Russia started bombing Syria in September, almost everyone considered the possibility of a major escalation if one of the countries bombing Syria — including the Syrian government — accidentally (or purposefully) shot at each other.

From Turkey’s perspective, this is at least the third time that it has warned Russia to stay out of its airspace. Just last month Turkey shot down an unmanned aerial device that it believed was Russian.

Let’s all hope cooler heads prevail at the talks in Ankara tomorrow.

France is really stepping up security, to the point that people are beginning to wonder if maybe it’s going too far. Police are now barreling through doors all over the country, dragging in residents for questioning without cause.

This is legal, of course, because of the “state of emergency” enacted by the government just after the attacks in Paris on Nov. 13. The state of emergency essentially gives broad control to government security forces, which — if you think about it for just a second — sounds pretty authoritarian. Egypt's former dictator Hosni Mubarak enjoyed his own "state of emergency" for decades before he was finally overthrown.

Maybe this state of emergency doesn't sound like that big of a deal. These are extraordinary times, after all. The French should be willing to give up some of their freedom — for a short period of time — in the interest of preventing such horrifying attacks in the future. These are reasonable arguments.

The French parliament, though, voted last week to extend the state of emergency for three more months. And who knows how long it will extend the law after that. The United States has been in a perpetual "state of national emergency" over terror since the Sept. 11 attacks in 2001. US President Barack Obama has quietly extended the declaration every year he has been in office.

The new French state-of-emergency law is sweeping. And it builds on what had already been a pretty intense set of counter-terrorism laws. Notably, when the French Parliament extended the law over the weekend, it rejected an amendment that would have allowed the bill to be sent to the Constitutional Court for review. Did they perhaps think it might not pass?

The erosion of civil liberties in reaction to terrorist threats has been a common theme around the world since 2001. Yet despite the reduction of these liberties, terror attacks continue. In fact, the number of attacks are only rising.

Now, police can break down their doors without warrants. Police can also shut down groups — say, mosques — that they believe “take part in committing acts that present serious harm to the public order or who facilitate such acts.” The word facilitate can be interpreted pretty broadly.

Apparently even halal burger places could be facilitating terror. French police broke down the doors and raided a fast food restaurant in the Paris suburbs over the weekend. They found nothing suspicious.