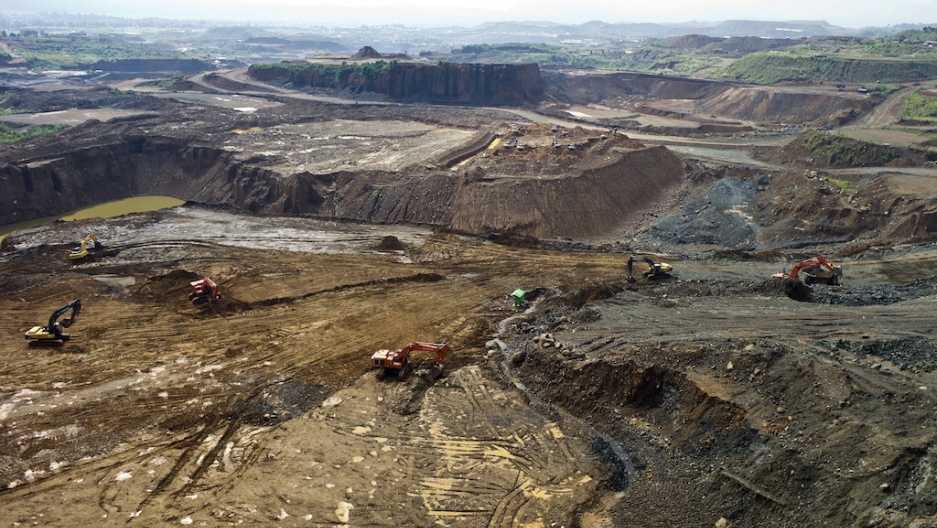 BANGKOK, Thailand — They died in a deluge of worthless stones flecked, perhaps, with green pebbles worth tiny fortunes.

In Myanmar’s far north, more than 100 people were killed on Nov. 21 in a jade mine landslide. The next morning, bodies were still being pulled from beneath the rocks.

On Dec. 26, another large landslide was feared to have killed dozens in Kachin state.

The catastrophes have drawn attention to Myanmar’s brutal and corrupt jade industry.

Myanmar’s jade mines are among the bleakest places in all of Asia. In these zones, death is so common and lawlessness so obscene that the government forbids almost all outsiders from coming to take a look.

The landslide happened in a dusty and isolated outpost called Hpakant, in Kachin state. Its once-green hills have been ground down into yawning pits — big as football stadiums — that resemble craters on the moon. Each day, men descend in hopes of digging out a chunk of quality jade.

This jade extraction industry is dominated by Myanmar’s military figures and their associates, whose firms plunder jade with heavy machinery.

Their profits are staggering. The jade industry was worth up to $31 billion in 2014 alone, according to the investigative non-profit Global Witness — which calls Hpakant a “dystopian wasteland.”

Freelance miners dig for raw jade stones in piles of waste rubble next to a jade mine in Hpakant.

Though jade is Myanmar’s natural bounty, its profits are hoarded by a few. Only a sliver of this wealth is steered toward repairing the nation’s crumbling roads, hospitals and schools. Even less is used to preserve the safety of miners who scramble into pits in flip-flops and ragged shirts.

While army-linked firms devour jade’s profits, their lucrative business also lures desperate men and women to the mines’ fringes. They are known as “yemase”: freelance scavengers picking through rubble unearthed by the big machines.

They appear to have comprised most of the landslide’s victims.

More from GlobalPost: Hell hath no fury like Hpakant

Their work is technically illegal. After all, army-backed firms own the rights to the land and the rubble they dig up. But in a nation where many survive on less than $2 per day, some believe that risking landslides (and a beating by security guards) is worth it — particularly if they hit the lottery and spy a valuable jade stone overlooked by the big mining companies.

“Think of it as a badly dressed girl. She’s unpolished and unwashed.” If a freelance miner can “fix her up” and sell the stone, he said, the payout can be life-altering.

A pendant made from jade from Myanmar on display at the Hong Kong Jewellery and Gem Fair.

This dream of finding a stone worth upwards of $30,000 brings droves to the mines’ outskirts. They often set up tents near their prime scavenging spots.

It was this sort of camp, spread out in the shadow of an abandoned 5,000-foot rubble pile, that got buried when the huge mound of rocks collapsed before dawn last Saturday. Many miners were killed as they slept.

The encampment was  “just a slum,” according to a local administrator contacted by Reuters. A state-backed newspaper claimed the miners had been previously warned to vacate the area.

Precise details are difficult to grasp since the military considers Hpakant to be a no-go zone forbidden to almost all foreigners. (A notable exception: dealers from China, the world’s biggest buyer of jade.)

But this disaster is still a reminder that Myanmar’s military — though bruised in recent elections swept by their chief rivals, the National League for Democracy — still dominates powerful industries that are marked by neglect for human life.

A man injects himself with heroin in a village near a jade mine in Hpakant.

There’s a reason why roads leading to Myanmar’s jade lands, and its meth production hot spots, are lined with army checkpoints.

The military wants to prevent outsiders from seeing places where abusive army-linked syndicates reap fortunes — all while the world celebrates the Myanmar’s supposed shift from tyrannical misrule into a freer democratic state.