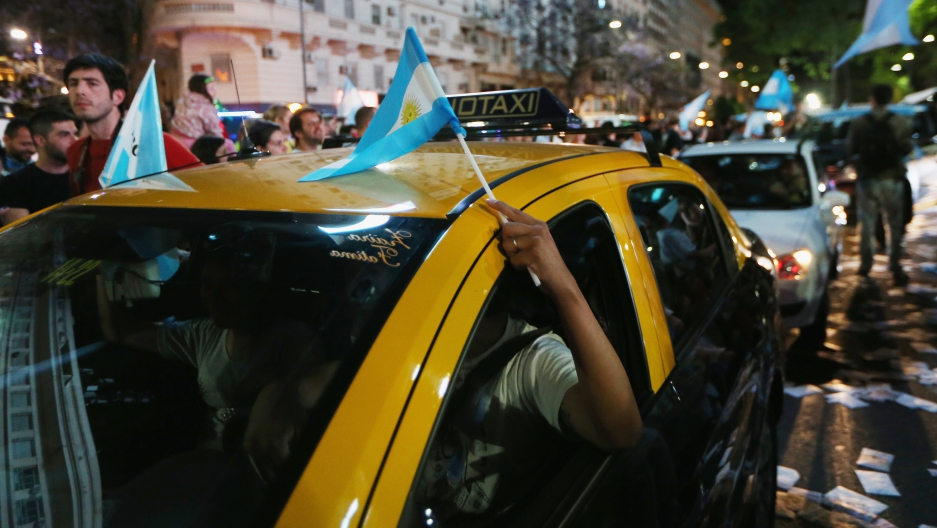 Argentina just had a major election. Free-market lovers will be celebrating the result. Fans of lefty populist ways, not so much.

If you don’t know Macri, he’s 56, used to be Buenos Aires’ mayor and the boss of the popular Boca Juniors soccer team, as well as being a friend to big businesses and foreign investors. The man was making deals with the likes of Donald Trump when he was only 24 years old.

Some of South America’s other right-wingers — like the ones in Venezuela’s jail cells — are encouraged by what this could represent for prospects in other upcoming elections.

A Macri administration will mean a major right turn away from incumbent President Cristina Fernandez de Kirchner and her late husband, ex-President Nestor Kirchner. The couple’s populist Peronistas have governed Latin America’s third-biggest economy for the last 12 years. That bumpy tenure has ended with a seriously troubled economy and inflation at 25 percent, maybe even higher. Sound numbers are hard to find there. Economists blame Argentine officials for fudging statistics on important indicators like inflation and poverty.

There is one area the new leader and his rivals agree on. Macri will have no problem with energy companies fracking the heck out of Argentina’s immense fuel deposits. There’s plenty to play with. The country has the second-largest shale gas and fourth-largest shale oil reserves on the planet.

Earth-huggers are demanding to keep those resources where they are. But energy giant Shell has other plans.

Colorfully painted murals like these in parts of Buenos Aires are crying about what oil drilling does to the environment.

The issue did not appear in the election.