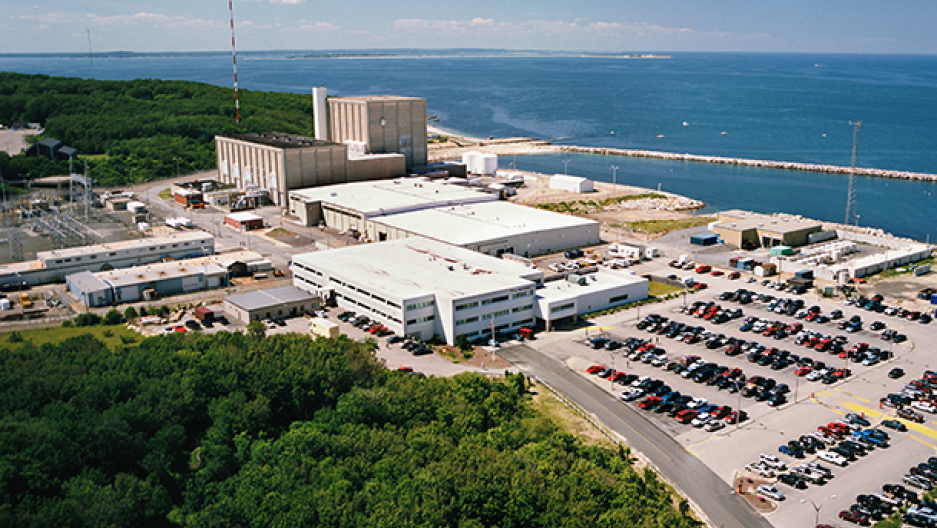 In the face of growing safety problems, cheap natural gas and the rising use of renewable energy sources, aging nuclear power plants are closing down across the US, raising questions about the future viability of nuclear energy production.

The Entergy Corporation is the most recent company to announce closings. Entergy plans to shut down the Fitzpatrick nuclear power plant on Lake Ontario near Syracuse, New York, and the Pilgrim Nuclear Power station near Boston, Massachusetts, before the end of this decade.

The two plants typify some of the problems facing the US nuclear energy industry, says Arjun Makhijani, president of the Institute for Energy and Environmental Research in Takoma Park, Maryland, and a former nuclear engineer.

“They're both single reactor sites. They're both very old, which means it takes a fair amount of money to keep them going,“ Makhijani says. “The cost of power generally has been going down while the cost of operating these old reactors has been going up, and now those lines have crossed.”

Because operating costs keep rising at these single reactor plants, the tendency to economize on maintenance is great, which creates potential safety problems, according to Makhijani.

“The boiling water design [at these plants] is similar to the Fukushima plant in Japan and we're all aware of the vulnerabilities of that design,” Makhijani explains. “They don't have the kind of robust secondary containment that, say, Three Mile Island had, which is really what saved us from massive releases of radioactivity during that accident in 1979.”

Had the Three Mile Island accident occurred at either one of these plants, a major city, Syracuse or Boston, could have been contaminated, Makhijani says.

“What happened at Fukushima was a hydrogen explosion that blew apart those buildings,” he explains. “There was also a hydrogen fire and explosion at Three Mile Island, but because it had that extremely robust thick concrete containment building, the fire [stayed] on the inside, the pressure increase was withstood by the containment building and there wasn't a massive release of radioactivity.” 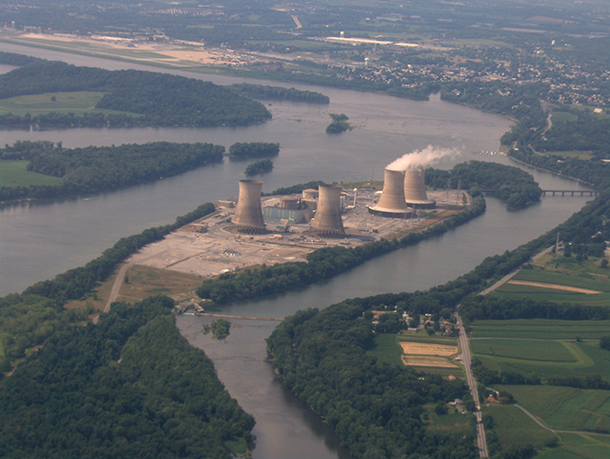 The Three Mile Island disaster was contained because the concrete shell enclosing the reactor core was able to withstand a hydrogen explosion and fire.

One of the problems with closing these plants is the loss of tax revenue for local communities, says Makhijani. They tend to be in rural areas and the taxes from the plants help support the schools, fire departments and police departments. The downside is that this situation gives the energy companies leverage to ask for more and more subsidies in return for staying open.

Makhijani recommends a a two-prong remedy to this problem.

“Rather than keep old, clunky nuclear power plants going, we should have a community and worker protection fund — a small charge on nuclear electricity that can be used to protect workers from unemployment and transition them into new employment,” he suggests. “We give companies incentives to come, but then they can be a kind of pension fund for communities when they die or leave.”

The second part of the solution is to replace the plant with efficient and renewable energy that can create a lot of tax revenues and jobs, Makhijani says.

The other significant issue, in this era of growing concern about climate change, is that a plant like the Pilgrim nuclear generating station in Massachusetts provides 84 percent of the carbon free electricity in the state. Its closure will lessen the state's overall production of low carbon electricity.

Makhijani recognizes the concern, but maintains that closing these plants and replacing them with renewable energy is still a better strategy than keeping expensive plants going.

“The highest cost nuclear plants cost more than $60 a megawatt hour to operate,” he says. “Today you can buy wind power for $30 a megawatt hour and even after the tax credit expires you'll be able to buy it for $50 a megawatt hour. Why should we be spending $60, $70, $80 a megawatt hour for old power plants that are generating nuclear waste that we don't know what to do with instead of simply going to renewable energy?”

From this perspective, the decision by the Nuclear Regulatory Commission to grant a request to begin generating electricity at a nuclear reactor in Tennessee is perplexing, to say the least, according to Makhijani.

“This is a really old reactor whose construction was started more than 40 years ago in the 1970s,” he says. “[It’s] one of the least-safe pressurized water reactor designs. The NRC should never have licensed it for operation in the 21st century. ... This particular design, the Watts Bar 2, has been regarded as 100 times more likely to have an early containment failure compared to other pressurized water reactors like Three Mile Island. It should be a scandal that the NRC has allowed this design to be licensed at this time.”

The newest nuclear reactor technology is much safer, Makhijani says, but still has vulnerabilities.

“The main problem with nuclear reactors is the design of the fuel that leads to meltdowns and hydrogen generation and the potential for explosions,” he says. In any event, he adds, even the new style reactors would not be competitive in today’s energy price environment.

“We should think of phasing them out and limiting the amount of nuclear waste and getting on with a nuclear repository program that makes sense," he says. "It's not a good solution, but it's the least bad solution. We cannot leave this nuclear waste lying around at more than 60 sites forever. ... We’re farther away from a sensible repository program than we were in 1982, when the Nuclear Waste Policy Act was passed.”