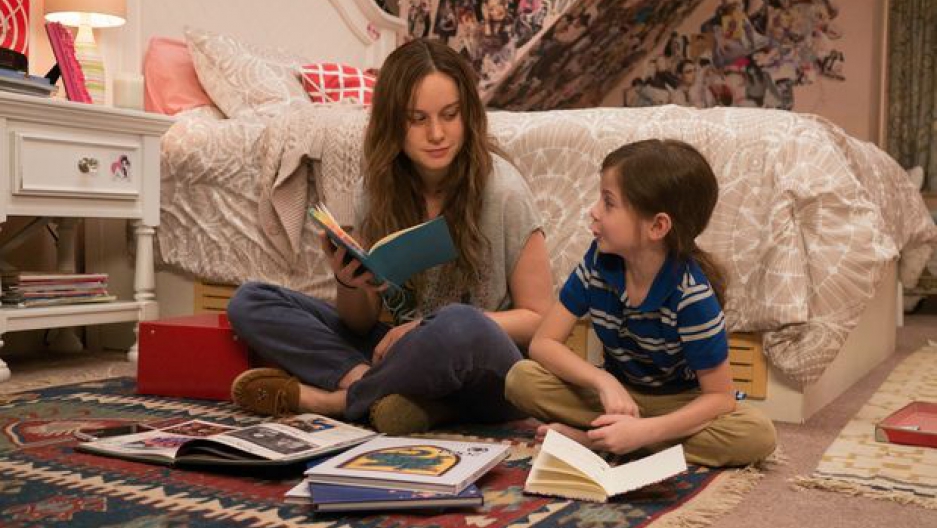 Novelist Emma Donoghue had a young son in 2008 when she heard about the Fritzl case in Austria where a young woman was imprisoned in a basement cell for 24 years, and gave birth to several children in captivity.

Donoghue thought about the situation as both a mother and a writer. Eventually, she took the concept and turned it into the 2010 novel “Room,” an uncomfortably real story of a young mother and her 5-year-old son, held captive in an 11'-by-11' room.

“The notion of growing up in a locked room — it was the idea of a child emerging from that situation into our world like an alien, you know, and seeing everything fresh. That's what I took from it," Donoghue says. "And I think that idea would never have registered with me at all if I didn't have small children at the time. So really I would say I wrote 'Room' because I was a mother, and because I had found parenting, even though I completely chose to bring it into my life, I found it really hard.”

“Room” was a huge success. It was a finalist for the Man Booker Prize before it even came out, and became an instant bestseller. Now Donoghue has adapted her book into a movie starring Brie Larson and Jacob Tremblay, directed by Lenny Abrahamson.

The book is narrated by the 5-year-old boy who not only doesn't know he's a prisoner, but doesn't even know about the existence of the world beyond what he calls “Room.”

Donoghue spent a lot of time on the floor, listening to, playing with, and interacting with her son in order to accurately capture a young boy’s voice for the story.

“If you told it from the mother's point of view, it could become such a banal telling of a woman in peril. So I felt that children have actually very original and strange minds, and children are not like us,” Donoghue says.

When Abrahamson approached her with the idea for a film, Donoghue was already ready with a screenplay in progress.

“I wrote the novel first with my eye on fiction purely, but then afterwards I thought, you know, this story could work on screen and it could work differently but equally well because cameras do a different kind of perspective from what first person grammar does. So I thought, 'I'll try my hand at it,'" she says.

Learning to write for the silver screen, however, was a challenge. Eventually Abrahamson gave her some advice.

“The most liberating thing Lenny said to me was ‘Write it like a wildlife documentary, like this mother and son are just going about their business and we are privileged to eavesdrop on it.’” Donoghue says. “I now realize that when you're writing a script, in order for total strangers to maybe hire you, you're trying to produce something very kind of shiny and neat. And when you're in the luxurious position of working with a director, he's already committed to making this film. You can be way looser about it.”

Abrahamson also approached the story as a parent.

“The producer of the film said, ‘People are talking about this book. You should take a look at it.’ And I did, and I was just hugely affected by it. My son at that time was 4,” Abrahamson said.

Both Donoghue and Abrahamson were struck by the way the story addressed how parents disassemble, soften, and even lie about the world to their children.

“We are the interpreters of the world, you know, and if you're trying to explain to a 2-year old what's going on, of course you lie,” Donoghue says.