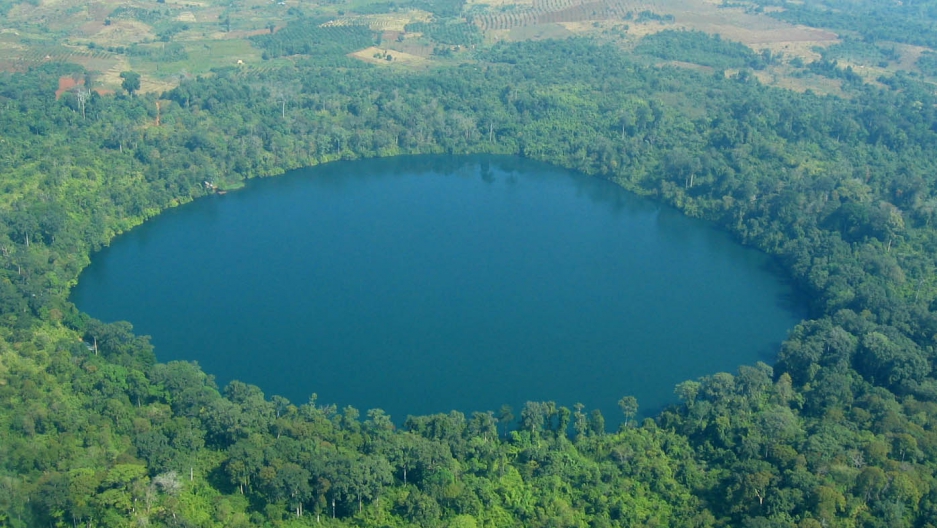 In 2004, 34 men, women and children stepped out of a forest in southern Laos. They had never seen cars, telephones or television, and believed that they were refugees from a war engulfing their native Cambodia. They did not know that the war they were fleeing had in fact ended — a full 25 years earlier. Former GlobalPost correspondent Corinne Purtill traveled to Cambodia to learn the truth about their time on the run. Their story, told for the first time now in the book "Ghosts in the Forest," is a haunting tale of isolation, loyalty, murder, and the appalling choices the quest for survival forces people to make.

Below is an excerpt.

On a day near the end of the twentieth century somewhere near the Laos-Cambodia border, a tiger stepped through the trees. Twigs snapped under her weight as she moved through damp, densely forested hills. At the smell of meat, she paused.

She had been here before, and the heft of her paws left unmistakable prints on soft earth. The tiger was hungry. Her kind had become scarcer across the vast breadth of the Indochinese peninsula, and so had the animals large enough to sate her hunger in a single kill. Large prey was nearby, and her haunches twitched in anticipation of the leap. A single, powerful bound, and her jaws would close around its throat, a body pinned beneath her muscled forelimbs. Her fangs would grip the neck until the animal suffocated, and stilled. Then she would drag it back to her den where she and her cubs would devour muscles and organs still warm with life.

Her ears flattened against her skull. The tiger stretched back onto her hindquarters, tensed like an arrow in a string, and released.

A razor-sharp bamboo arrow plunged into the soft tawny fur of her breast. The trip wire, a filament-thin vine, barely registered against her skin. With claws half-extended the tiger crashed to the ground. The movements of her rib cage became slower and shallower. An unseen pair of eyes waited in the trees for the death rattle.

Cambodia is a fist-shaped country that sits like a monkey’s paw between the cupped hands of Thailand and Vietnam. In the northeasternmost corner of the country is Ratanakiri province, and in the northeasternmost corner of that is a 1,300-square-mile old-growth tropical rainforest called Virachey National Park that stretches to the borders of Laos and Vietnam. Clusters of bamboo as thick as redwood trunks erupt from the soil; tigers, gibbons and hundreds of other fauna live among its trees. The tree cover is dense enough to obscure the smoke from a cooking fire and to absorb the explosive pop! sound that bamboo makes when it burns. The soil is fertile, edible critters are plentiful and the terrain is exceptionally inaccessible. If it doesn’t kill you, the forest is the perfect place to hide.

In the West, the term “national park” conjures marked trails and posted maps and ranger-guided hiking trips. These things exist to some degree at the relatively domesticated fringes of Virachey, but not in the park’s wild heart. Park rangers conduct their surveys via airplane flyover. It’s not a place one ends up by accident. The few people known to have ventured into this thick tropical rainforest include poachers, illegal loggers and other people counting on the trees to cover something up. This is where, in the latter half of 2004, a man named Moun, his wife and children, and a few other families were hiding from the world.

Their camp was small, just seven or eight little huts on bamboo stilts with roofs of woven banana leaves. When it was hot, the huts stayed cool, and when it was wet — which was often — they stayed mostly dry. They wore loincloths made of tree bark and had feet worn hard as leather from years of barefoot trekking. They bathed several times each day in the river and kept their hair and nails somewhat trimmed with battered machetes. They lived in the wild, but they did not live like wild men.

When they went into hiding fifteen years earlier (Moun had counted the rainy seasons since then) they were five men and six women with just a handful of small children between them. In those days they were young, strong and healthy — hungry, but strong — and when they felt themselves in danger they could break camp and leave without a second thought. Now, Moun thought, looking at three generations sprawled around the fire, hastily scooping rice and bits of roasted tiger flesh into their mouths, they were as slow-moving as an elephant herd. The children had grown, married each other in unions sealed with little more than a mutual agreement and a jar of home-brewed rice wine, and had children of their own. He entered the forest a young man, and now he was a grandfather.

He could not see the passage of time in his own face. Moun had never seen a mirror, or a photograph of himself, or any other image of his likeness besides the shimmering reflection in the river’s surface before he plunged his hands through to wash. Moun was not a vain man and he did not care to look long. He saw instead the gray streaks at his friends’ temples, the deepening creases at the corners of his wife’s eyes, and of course the mound of earth at the edge of camp where the oldest of them lay buried. They could not live like this much longer, he knew. The end — of their time in hiding, of their lives, of something — was coming. He could feel it.

The only people on the planet he trusted lived here with him in these small houses built with their own hands. They had lost some along the way, but mostly they had grown, as they brought more babies into this refuge from the world. These children knew of no other people on earth, no sights but those of this dense arboreal kingdom. Fifteen years earlier, when Moun and his family entered this forest, they were escaping a war they had not chosen to take part in, but that had nonetheless put guns into their hands and redirected the shape of their lives. Now numbering 33 men, women and children, the group was approaching its limit. Many times he’d thought about leading them out, to make contact with something beyond the woods. But the war, he would think. The soldiers. My children. Whatever privations they suffered in the campsite, it was safer, less terrifying, than the war raging outside.

"Ghosts in the Forest" is available now as a Kindle Single. Corinne Purtill is a journalist; you can follow her on Twitter at @corinnepurtill.