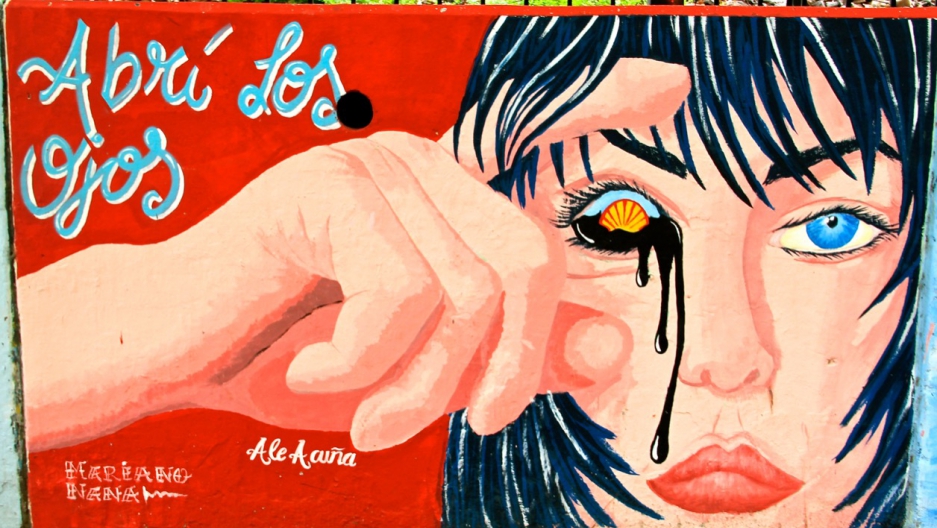 BUENOS AIRES, Argentina — Artists have taken the global fight against environmental degradation and climate change to the streets in Argentina’s capital.

From endangered species to river pollution, melting glaciers and deforestation, street artists in Buenos Aires are using their brushes to paint a planet threatened by mankind.

Environmental damage from mining and fossil fuel drilling in particular is a crucial issue for activists in this South American country. They worry about fracking for resources in the gigantic oil and shale gas formation discovered in 2010 in the southern Patagonia region.

This piece by local tattooist and artist Gaston Maximiliano Radio represents a man’s face portrayed as evil, who is destroying and starving animals, as glaciers are melting in the Arctic.

The messages dot the vista of this picturesque city just when voters were going to the polls on Sunday for presidential elections.

The winning candidate, conservative Mauricio Macri, and his rivals see Vaca Muerta’s riches as an economic opportunity for Argentina. Macri has said he will create a business-friendly environment in Argentina to bring in more foreign investment and exploit the country’s oil and gas wealth.

“It's much easier to get permission to decorate buildings and walls here than in many other cities, which makes it very attractive for foreign street artists to come and paint,” says Matt Fox-Tucker, founder of Buenos Aires Street Art, an organization that supports local urban art in the Argentine capital.

“I think Buenos Aires has one of the most exciting street art scenes in the world right now with lots of large scale murals,” he adds.

Some of the works were created by individual artists and some were the work of collective groups. In one example of the latter, in August 100 artists and volunteers painted a 1,000-foot mural on Juan B. Justo Avenue, in the high-end neighborhood of Palermo, to raise awareness of the Arctic’s environmental contamination. 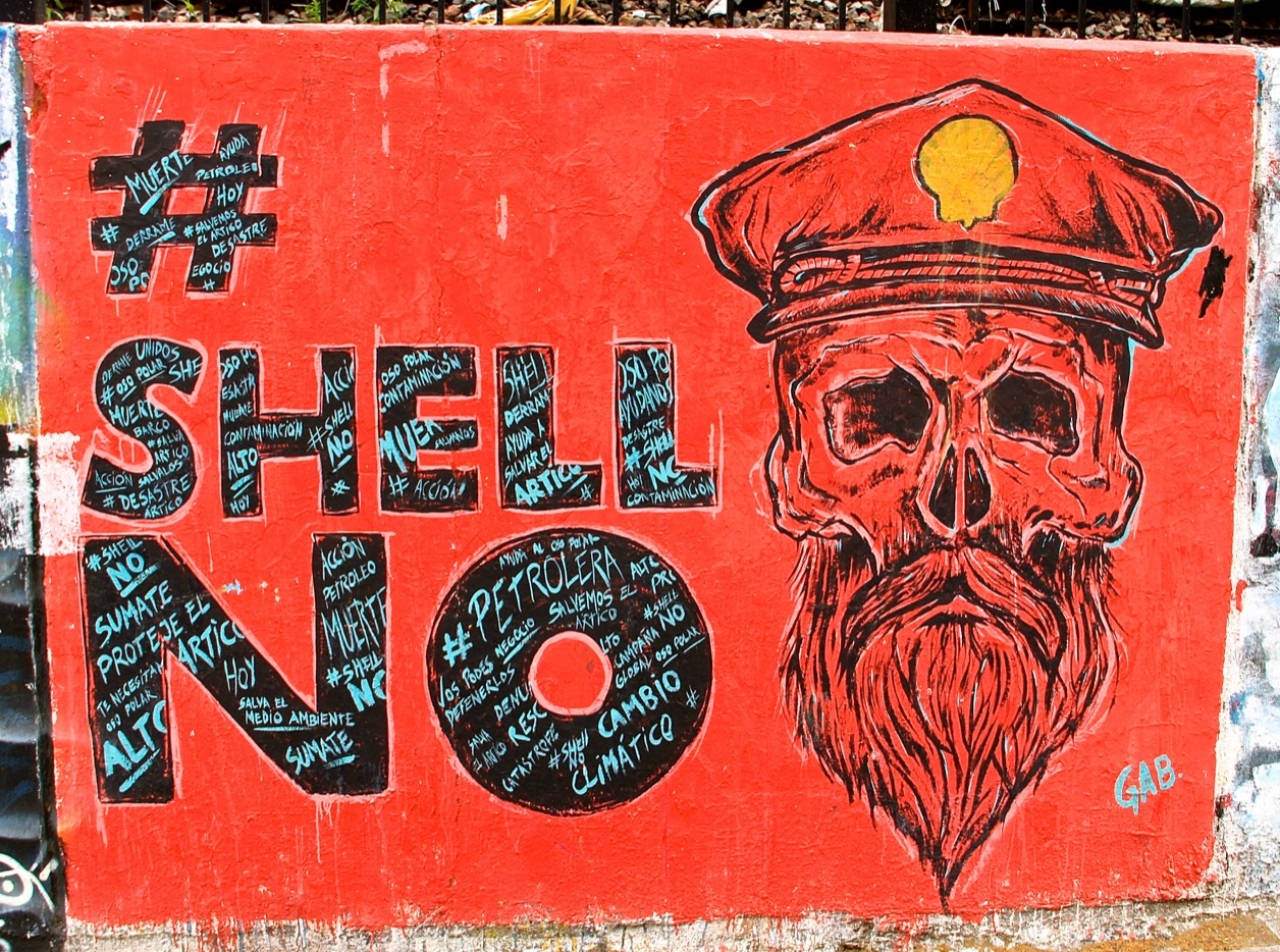 This was part of a Greenpeace campaign to shed light on the ecological harm caused by oil drilling in the Arctic. In September environmentalists celebrated Shell's decision to stop its controversial search for oil off the Alaska coast.

Under the banner “Make visible the invisible,” this Greenpeace campaign features polar bears on melting glaciers and indigenous tribes suffering from oil companies’ harm of the Earth.

This mural represents an oil tanker polluting nature as oil spills from the boat. “We reached a point where human beings are destroying everything,” says Joaquin Torres Zavaleta, aka Bater, the 26-year-old graffiti artist who painted the artwork. The piece is in Martinez, a neighborhood on the northern outskirts of Buenos Aires.

This painting features a tattooed indigenous man protecting nature in an embrace. Bater and his team of street artists painted it in the San Isidro neighborhood north of Buenos Aires. “We always refer to native people and their relation to nature,” he adds, to raise awareness of how important it is to “embrace nature” as they do. 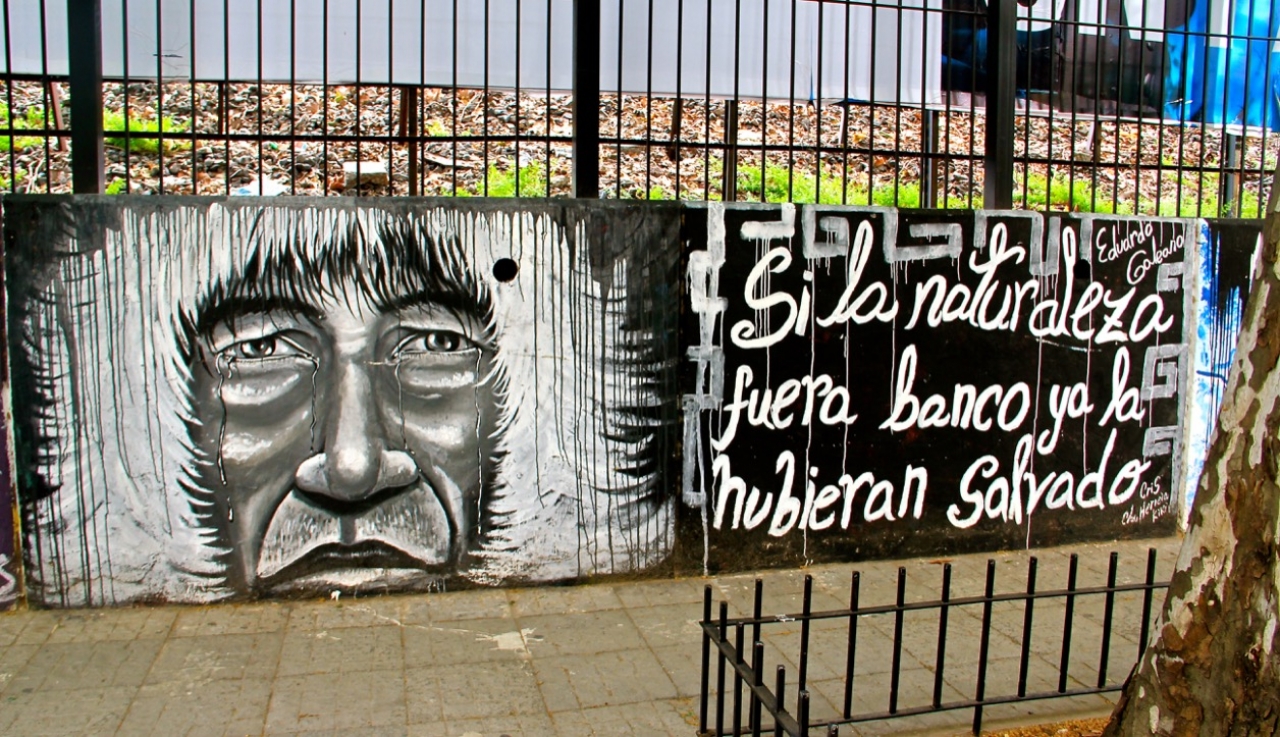 “If nature was a bank, we would have already saved it,” reads this mural by Argentine artist Cris Herrera Kiki.