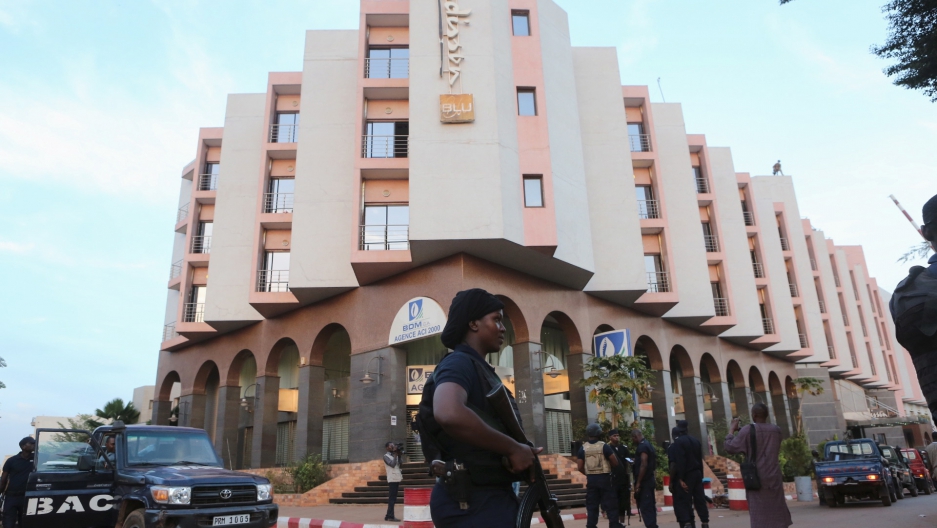 The siege is now over.

But earlier in the day, armed men stormed the Radisson Blu hotel in Bamako where a lot of Westerners stay. The attackers reportedly were shouting "God is great!" in Arabic. The precise death toll has been hard to verify, but authorities say at least 27 people were killed. It's not clear if that includes any of the gunmen. At one point, the militants held more than 170 people hostage on the top floors of the Radisson.

“It all started quite early in the morning, at around 7 a.m. in Bamako when some people with weapons drove up in a car in front of the well-known Hotel Radisson Blu. What we heard is that they first entered the hotel using their guns and then directly went to the 7th floor. All the troubles began here. We think that because there are a lot of strangers and people in the hotel, they decided to get some hostages and to shoot some people,” said reporter Ramata Diaoure in Bamako.

The crisis lasted several hours, until Malian security forces stormed the building. Afterward, one of the hotel guests spoke to reporters in French, “I heard gunshots very early in the morning. I thought it was firecrackers and didn't realize it was a hostage situation. I left to go to the hotel restaurant and then I saw there was a lot of smoke so I returned to my room. At one stage, the Malian forces came to get us. They knocked on my door and evacuated us in small groups via the stairs.”

Security forces apparently went from room to room, checking for additional casualties. Late reports suggest this was ongoing, and that security forces were going room by room to find any remaining gunmen. 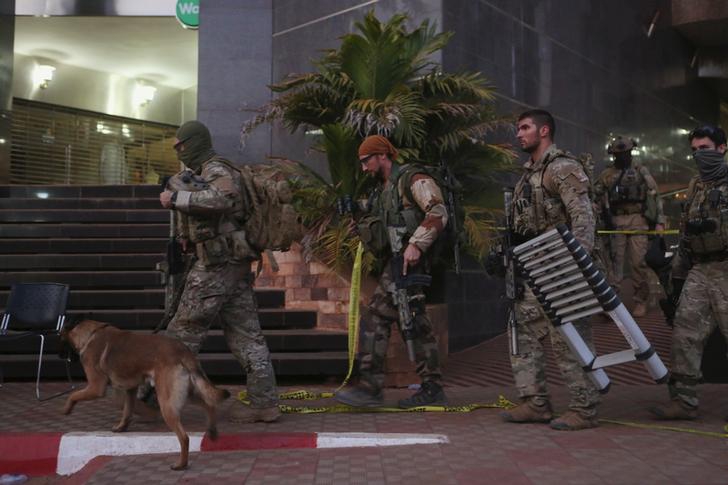 Mali was a French colony, and France has stationed troops there in recent years to battle an Islamist insurgency in the North. But Diaoure says authorities in Bamako aren’t yet seeing any clear link to last Friday's attacks in Paris. “Nobody, including the police, or the military is talking yet about any link between the Paris attacks and the Bamako attack.”

Several people who fled the hotel overheard the attackers speaking English with a Nigerian accent. That’s led to some speculation that they could be connected to Boko Haram, the Islamic extremist group based in northeastern Nigeria known for kidnapping girls and that pledges allegiance to ISIS. But any link is still speculative.

“Nobody can tell yet,” says Diaoure, “who was the one that organized this attack.”

Dioure says this hostage-taking at the Radisson did not surprise a lot of residents in Bamako. “Not really. A lot of people know that Bamako is not what you'd call a secure city. We have a lot of groups capable of doing attacks. It's not really, really surprising.” 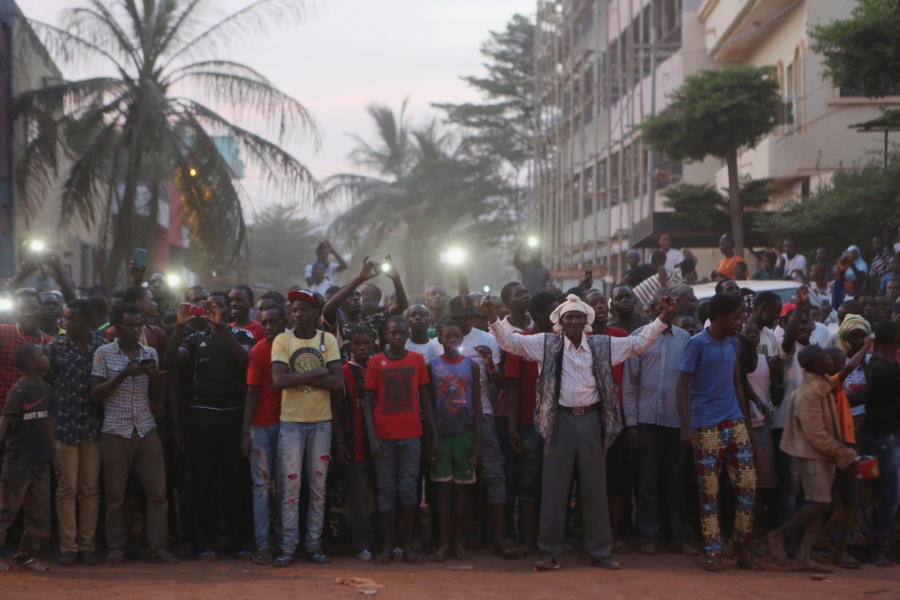