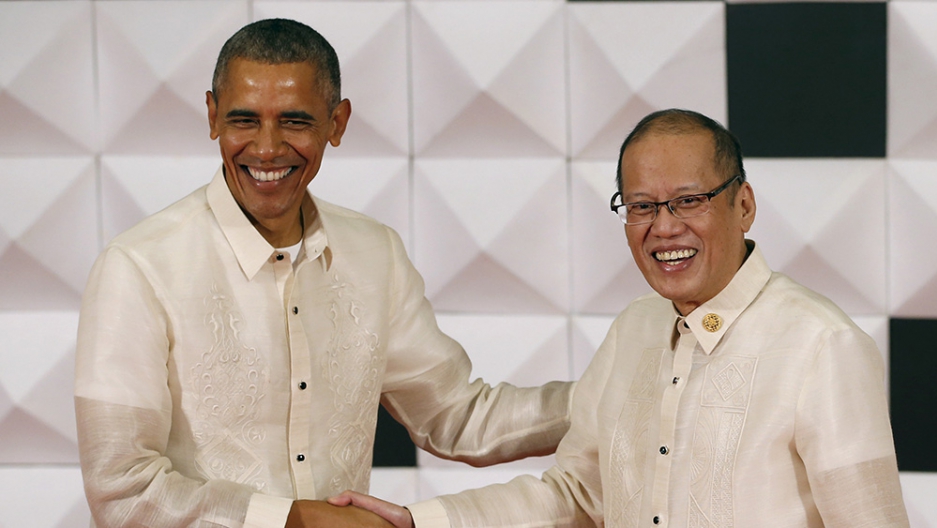 From the aggressive promoter-in-chief of the Trans-Pacific Partnership, the defender-in-chief of Syrian refugees to the funny moderator-in-chief in a climate change panel, President Barack Obama has dominated Filipino media coverage during his visit to the archipelago this week.

However, one critical issue in Philippines is missing from Obama's agenda: Filipino women's rights.

As part of PRI's Across Women's Lives coverage, we want to help brief Obama on the problems and challenges faced by women in Philippines. And you can join the effort on social media by using the hashtag, #WhatObamaShouldKnow, and the interactive flip cards featured in this article.

Although Filipino women have enjoyed a relatively high degree of equality in education and life expectancy compared to other Southeast Asian countries, their struggle for reproductive rights has been long and arduous.

The Philippines’ abortion law is among the strictest in the world. According to a fact sheet published by United Nations, abortion is illegal under all circumstances including rape, incest, fetal impairment, physical and mental health of the women. The only exception is to save the woman's life. The exception however is not expressly allowed by the laws but based on general principles of criminal legislation.

Doctors and midwives who perform illegal abortions, as well as women who undergo the procedure, could be punished by up to six years in prison.

In this nation where roughly four-fifths of the population are Catholic, abortion is highly stigmatized. The country's Roman Catholic authorities also staunchly oppose artificial birth control.

The criminalization of abortion led many Filipino to undergo expensive and often unsafe, back alley abortions. In the year 2000, the last year in which the non-profit Guttmacher Institute collected data, there were between 22 to 31 abortions per 1,000 women of reproductive age, higher than the average estimation of 22 per 1,000 women in Southeast Asia.

Some cities in Philippines adopted a “pro-life” policy. For example, in the capital city of Manila, the home of 1.6 million people, the local government issued two executive orders that banned all supplies of modern contraceptives in all government-funded health facilities. The orders were no longer in effect after an investigation by a UN human rights body and the passing of Responsible Parenthood and Reproductive Health Law in 2012.

UN data shows that the percentage of Filipino women who use modern contraceptive methods is among the lowest in Southeast Asia, while the percentage of women with an unmet need for family planning is high. The World Health Organization defines women with unmet need as those who are fecund and sexually active but are not using any method of contraception, and not wanting any more children or wanting to delay the next child.

Things are changing, though. After years of debate, lawmakers passed what’s called Responsible Parenthood and Reproductive Health Law in 2012. The law is a victory for Filipino women's right movement. It guarantees universal access to contraception methods, fertility control, sexual education and maternal care. It was passed by the congress in 2012 but only came into force late last year after struggling through a legal battle initiated by the powerful Catholic church. Observers say deep rooted social stigma and conservative religious norms will be the main challenges in implementing the law nationwide, especially in remote and poor communities.

Catholic leaders battle against free birth control in the Philippines

Barriers to family planning and contraceptive supplies have led to a high number of unplanned pregnancies in the Philippines. The results of the National Demographic and Health Survey 2013 showed that nearly three in every ten births from 2008 to 2013 are either unwanted (11 percent) or mistimed (17 percent).

This led to another problem — most Filipino women have more children than they want. The same national survey revealed that in 2013 the ideal fertility rate for the Philippines is 2.2 children per woman, 27 percent lower than the actual fertility rate of 3.0 children. The gap is even wider among the poorest women. Poverty has greatly reduced their ability to control birth.

The overpopulation crisis has overcrowded public hospitals. For example, a hospital in Manila was forced to pack four or five new moms on a bed.

RELATED: Four moms to a bed in this overcrowded maternity clinic

It is almost certain that the Philippines will fail to reduce its maternal mortality ratio to 52 by this year, one of its Millennium Development Goals. The World Health Organization has estimated the Philippines' ratio in 2015 to be 114, still a long way to the target. Although the Philippines' ratio is not the lowest among Southeast Asian countries, the progress it made since 1990 is significantly smaller compared to others in the region.