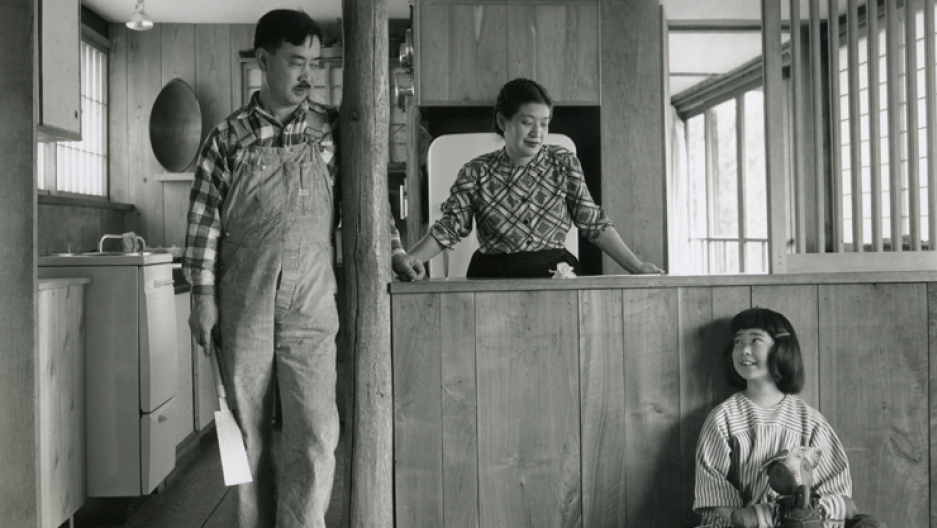 George and Marion Nakashima, photographed with their daughter Mira.

Numerous people have called the mayor out for his words, but so far he's stood by them. It's by no means correct, or appropriate, to lump these two situations together. Japanese-American had been living in the states for decades before they were interned. They were not refugees fleeing a war. I could go on about the differences. But I think it's better to remember what it was like in those camps. 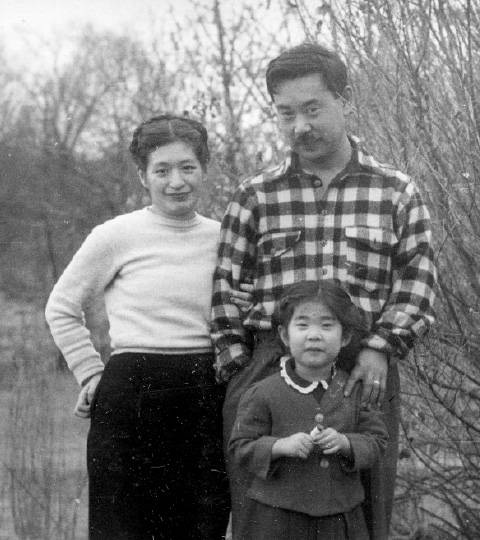 George Nakashima knew. He was forced, along with his wife and newborn daughter, into a camp, in Idaho, starting in 1942. Nakashima is considered one of the greatest American craftsmen of all time. He worked for Frank Lloyd Wright. You can find his furniture at the Metropolitan Museum of Art in New York.

Nakashima died in 1990. But his daughter, Mira Nakashima, keeps his legacy alive. She's the artistic director at George Nakashima, Woodworker — in New Hope, Pennsylvania. But her parents never really talked about their internment.

"I found out indirectly that my mother basically had a mental breakdown while in the camp," she says. "I was a newborn baby. We were put into the camps and there were pretty awful toilet facilities. There was a mess hall with food that none of us Japanese Americans ate. My mother even had trouble finding formula for me."

The family had lost everything. Like most every Japanese American family, they had almost no possessions. They were given two weeks to depart once the order came down from the federal government. Mira is quick to mention that others suffered more. She really feels for the experiences of Japanese-American soldiers. They fought with the Allies, many heading off to deadly battles in Europe. “They fought knowing their families were in these camps,” she says. “I can’t imagine what that would be like, you know, to sacrifice for the same country that has imprisoned your parents.”

In 1943, Mira Nakashima and her family were able to leave the camp. They were lucky. They had a sponsor in Antonin Raymond, a famous architect. The family moved to Raymond's farm in New Hope. But Mira had to drink a teaspoon of cod liver oil everyday to fight off rickets caused by malnourishment in the camp. "I have bone problems to this day that were probably caused by lack of good nutrition," she says.

Essentially, she was a prisoner without committing a crime. In addition to the health issues, her time in the camp has impacted her in subtle ways. "I don't have a lot of self-confidence," she says. (Remember, these are the words coming from one of the greatest furniture designers in the world. As an amateur furniture maker, it absolutely crushed me to hear her say this. Her work has inspired numerous people around the world. She's peerless. So to know that she still isn't confident due in part to being unjustly locked-up as a newborn child, well, it's infinitely sad.)

Nakashima says her father always maintained that his own wounds had healed. They left no scars. But she isn't sure if he was trying to justify what happened, or prove that he was just as good as he was before.

She'll never know. He's gone. And he never talked about it.

But when she hears that a politician would essentially infer the internment camps kept America safe, she bristles. "It's a lie. It's an outright lie." 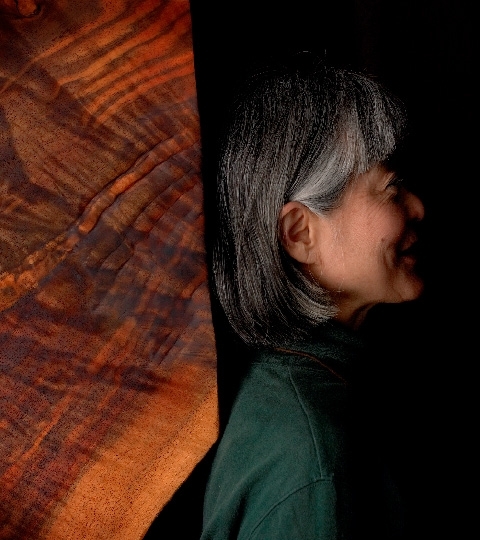 Mira Nakashima is the artistic director at George Nakashima, Woodworker.

After the interview, Mira Nakashima called back to apologize for forgetting other stories and moments.  I told her not to worry. That I could always add to the story. This is what she wanted to add.

While George Nakashima remained quiet about his experiences, there’s evidence it flowed into his work. He created three distinct “Altars of Peace.” They’re gigantic tables made of black walnut. He took matching cuts and attached them together with butterfly joints — his woodworking signature.

One sits in the Cathedral of St. John the Divine in New York City. The second resides at the Russian Academy of Art in Moscow. The third is in Auroville, India.  Each is a masterpiece. “He wanted the works to inspire peace,” she says. “I’m sure it related to his experiences during the war.” 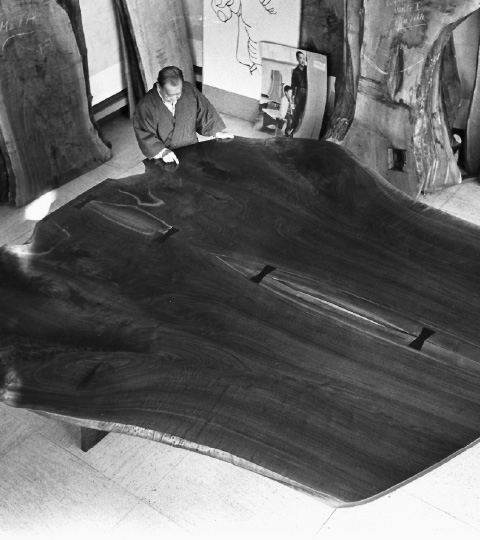 And let me add this: if you’ve ever sat at a Nakashima table, you understand the feeling of peace can be attained. There’s tranquility in the design, a natural flow that follows the characteristics of the wood. That flow transfers to the person.

During a particularly hectic day in New York, I sat down at one of his tables inside the Metropolitan Museum of Art for a half-hour. I touched its butterfly joints. I admired the snugness and smoothness of the fit. All parts of the table were in harmony. Everything balanced. When I finally stood to leave, my stress vanished. I felt at peace. All thanks to a table.

It’s horrible to think my country once imprisoned its creator.