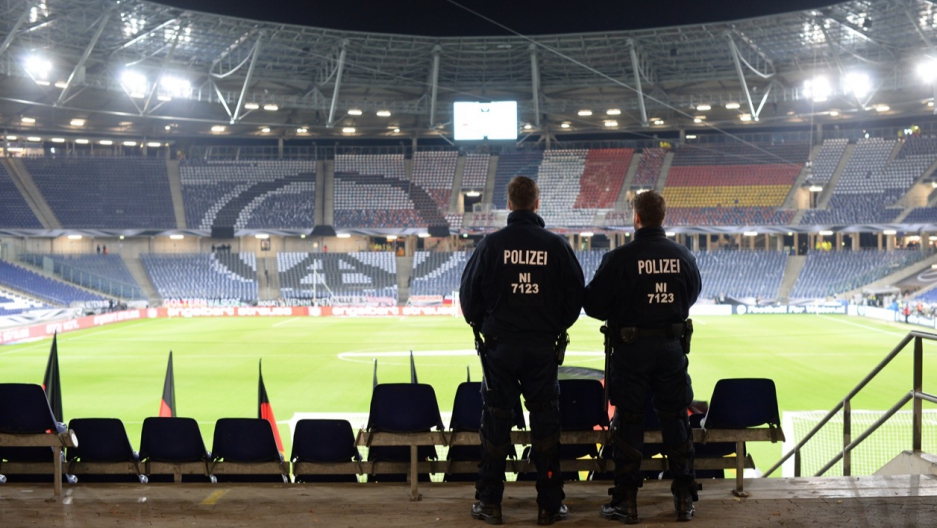 MUNICH, Germany — In these tense times for Europe, even a few poorly chosen words could land you in trouble — and German Interior Minister Thomas de Maiziere found out the hard way this week.

Germany’s top cop tried to fend off questions about why officials evacuated a soccer stadium in Hanover on Tuesday after a bomb threat by insisting the public wasn’t on a need-to-know basis.

Amid the fallout from last week’s Paris attacks, his intentions may have been genuine. Panic is one of the last things any European city needs right now.

But many Germans found his tight-lipped response curious, leading to a social media storm.

Before long, the hashtag #DoItLikeDeMaiziere was trending on Twitter, and just about everyone had thought of a new way skewer their country’s interior minister.

In this one, de Maiziere asks German Chancellor Angela Merkel, “How do you think I’m doing as the interior minister?” She responds: “Part of my answer would unsettle you.”

In another meme, Game of Thrones character Jon Snow makes an appearance by asking: “Is winter coming?” You can probably guess the response.

Even fans of American cinema were able to have some fun with de Maiziere’s famous fumble:

Political opponents seized on his comments, while commentators in the local press debated the value — or danger — of withholding potentially critical information.

“A democratic public is based on the idea that everyone can form their own opinion,” read an article in Die Zeit, a leading weekly newspaper. “But for that, they need to know the facts. Trust alone is not enough for that concept.”

More from GlobalPost: Will terrorism make Russia and the West friends again?

But for all the guff, it turns out de Maiziere may have been onto something.

On Thursday, the German paper Bild, citing intelligence documents, reported that several attackers had planned to detonate a series of explosives during the soccer game between Germany and the Netherlands before officials called off the event.

It’s not the first time German intelligence has come under the microscope lately.

Earlier this month, the media detailed how the country’s foreign intelligence service, the BND, allegedly spied on officials and organizations, including the French foreign minister and the FBI.

According to Christian Molling, a security expert at the German Marshall Fund of the United States, there hasn’t been much of a public debate over how the country’s security services work or what information they use. As a result, he says, there’s been a sort of live-and-let-live relationship between the public and officials.

But, Molling added, de Maiziere has actually still been vocal about the dangers he believes his country faces.

“The fact that he has been so outspoken reflects the serious security situation we have here,” he said. “Even if the public is not currently buying into this, it doesn’t mean the security agencies are not alert.”