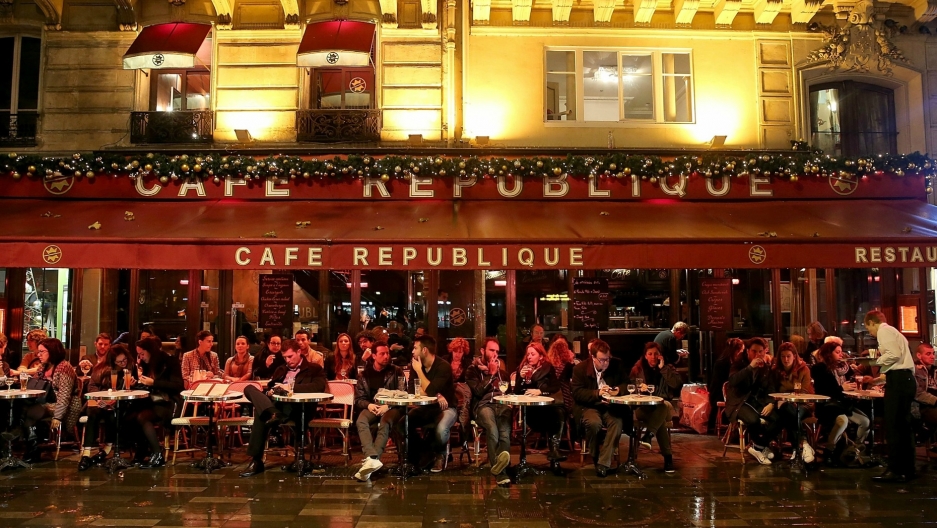 Studio 360 is not generally about "hard news" --- with stories about war and crime and politics.

No, we usually focus on music and art and ideas and whole cities that talented people create and the rest of us adore. Works of art that allow us to experience the world more deeply or differently, that give us glimpses into other minds and lives and connect us to other people. In other words: our culture.

But last week, it was our culture that was the target of war and crime and politics.

Rafia Zakaria is a Pakistani-American columnist for "Al Jazeera America," and she says that terrorists attack something essential when they target everyday locationslike bars and soccer stadiums.

"The caf culture and enjoying the company of friends and loved ones in these public spaces is integral to European society," Zakaria says. "And so to strike at the heart of it is very clever. You can feel a very palpable sense of suspicion and paranoia here."

Zakaria says that in Paris last week, instead of going after major landmarks or buildings, the terrorists decided to target fun. That may at seem like a trivial notion, but she says fun is essential to the soul of a city.

"When you eviscerate fun, and when you do it in a way that is so visible, you say that that part of human existence does not have the justification to exist," Zakaria says. "Fun is a delicate thing. You can create secure environments but they are likely no longer spontaneous or fun. Because once fun is tainted by paranoia it's no longer the same thing."

The late Susan Sontag once noted on Studio 360 that artists like Goya helped expose the true horror of war. According to Bernard Haykel, professor or Near Eastern Studies at Princeton University, the poets of ISIS do the opposite, using poems to eulogize the fallen and radicalize the willing.

"This is a movement that is sustained by narrative --- a narrative of victimization, of humiliation of Muslims, of the ability of this movement to bring glory and power back to Muslims, and also a memorialization of the great deeds of the movement's heroes and dead," says Haykel. "All of that has to be put in some cultural form in order to transmit this knowledge from the older fighters to the younger fighters. And [the ISIS poets] are prolific in doing this."

Parisians are trying to get back to normal in their uniquely irreverent and defiant way. Joann Sfar, a cartoonist for Charlie Hebdo, the Paris publication where 10 staff members were killed by jihadis earlier this year, posted a cartoon to social media last week that went viral.

"Friends from the whole world, thank you for #PrayForParis, but we don't need more religion!" the text says. "Our faith goes to music! Kisses! Life! Champagne and joy! #ParisIsAboutLife."