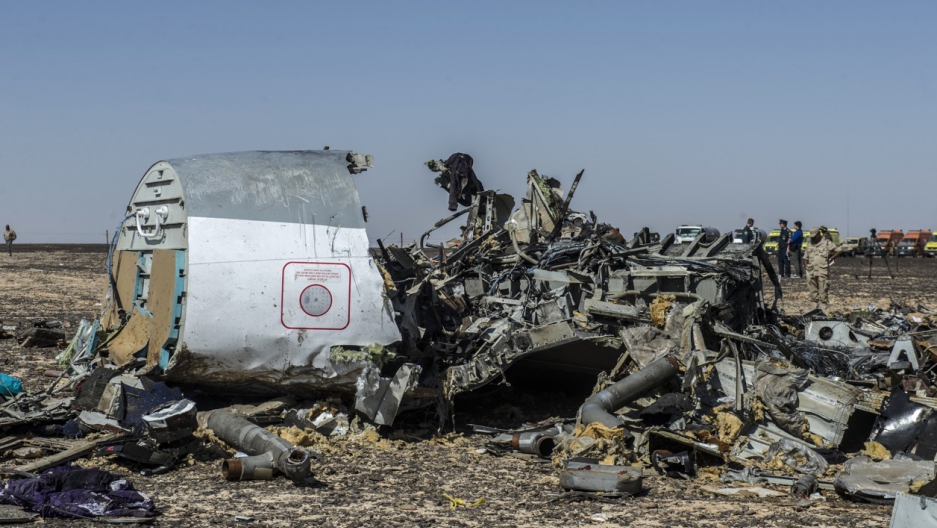 MUNICH, Germany — When it comes to diplomacy, bickering usually seems like what Russia and the West do best.

But the recent Paris attacks and Russian jet crash may actually forge a closer alliance between the two against a common enemy: the Islamic State (IS), which claimed responsibility for both attacks.

The clearest indicator came when Russian President Vladimir Putin on Tuesday ordered his military to work with the French as “allies” — that word was no accident — for joint operations in Syria.

Earlier that day, Russia’s top security chief for the first time said the Russian airliner crash over Egypt last month that killed all 224 on board was a “terrorist attack.” The timing was key: coinciding with the international fallout from the Paris killings.

Moscow vowed to hold the perpetrators of the plane bombing accountable. “We will search for them anywhere they might hide,” said a forceful Putin. “We will find them in any part of the world and punish them.”

Collective punishment has apparently begun. Russia and France have been pounding the Islamic State stronghold of Raqqa, Syria with bombs this week.

That capped a weekend of diplomatic niceties at a G20 summit in Turkey, where Putin described a partial “revival” in relations between Russia and the UK, and President Barack Obama huddled with Putin for an informal chat the White House claimed was productive.

Speaking Wednesday, Obama raised the idea of military coordination with Russia to fight the Islamic State, and even called Putin a “constructive partner” in efforts to resolve the Syrian civil war.

Next week, French President Francois Hollande is expected to visit Washington and Moscow to talk about stepping up the Russian-Western  cooperation, the Associated Press reported.

Make no mistake: All these signals are important. They come after nearly two years of Cold War-style tensions between Russia and the West over the crisis in Ukraine. Washington and Brussels have slapped sanctions on Moscow, while the Kremlin has used that to fuel anti-Western sentiment at home.

The possibility of the US coordinating with Russia's military is even more remarkable considering Washington formally severed military ties with Moscow last year over Ukraine.

More from GlobalPost: Poll: 71 percent of Russians believe the US is the world’s bad guy

But now, with the Paris tragedy sparking global solidarity, many are asking if it will bring old allies back together for a critical cause.

“During the Second World War, the threat of Nazism forced the USSR and the West to close their eyes to ideological differences,” read an editorial Tuesday in Vedomosti, a respected Russian daily newspaper. “Will IS become the new Hitler, for whose sake the West will be ready to change its uncompromising position on Ukraine and sanctions to fight against?”

Russian public opinion — their deep love for Putin — is still built solidly upon the Kremlin’s geopolitical showdown with the West. Some officials and commentators could not resist blaming Europe’s migration policies for the Paris attacks.

Even if Moscow does shift its focus to fighting IS, some experts say, there’s still too much bad blood between Russia and the United States for any high expectations.

“Optimism is probably best tempered,” wrote Olga Oliker, a Russia and Eurasia expert at the Center for Strategic and International Studies, “because Moscow’s desire to challenge Washington, Washington’s fundamental distrust of Moscow, and the continuing and substantial differences in interests between the two mean that this will most likely remain an effort of fits and starts.”

There are plenty of examples of how Moscow and Washington still fail to see eye-to-eye. Earlier this week Secretary of State John Kerry told the BBC, “I’m convinced the Russians are not wedded to Assad.” But on Wednesday, his Russian counterpart Foreign Minister Sergei Lavrov urged the West to quit its calls for the Syrian president’s exit, adding it was “unacceptable to put forward any preconditions” to fight IS.

Other experts say Ukraine, where a Moscow-backed insurgency holds chunks of two eastern regions, is still the elephant in the room.

Arkady Moshes, a Russia analyst at the Finnish Institute of International Affairs, says Moscow may be interested in working with the West on Syria if it can squeeze out some concessions, especially on Ukraine.

But the Kremlin still wants Kyiv firmly within its geopolitical orbit, and it won’t compromise over Crimea, the Black Sea peninsula Moscow seized from Ukraine in 2014.

Taken together, Moshes says, these issues make any Syria-related deal between Russia and the West even harder to nail down.

“In short,” he said, “it will be very difficult for the West to forget about Ukraine.”