Children attend a candlelight vigil in the town square in Molenbeek, a neighborhood in Brussels with ties to the alleged perpetrators of the Paris attacks.

There's no question that Molenbeek, an immigrant neighborhood in Brussels, has a terror problem.

Still, residents of Molenbeek feel overwhelmed and stigmatized by the negative attention. So today they held a vigil to try to reclaim the narrative. 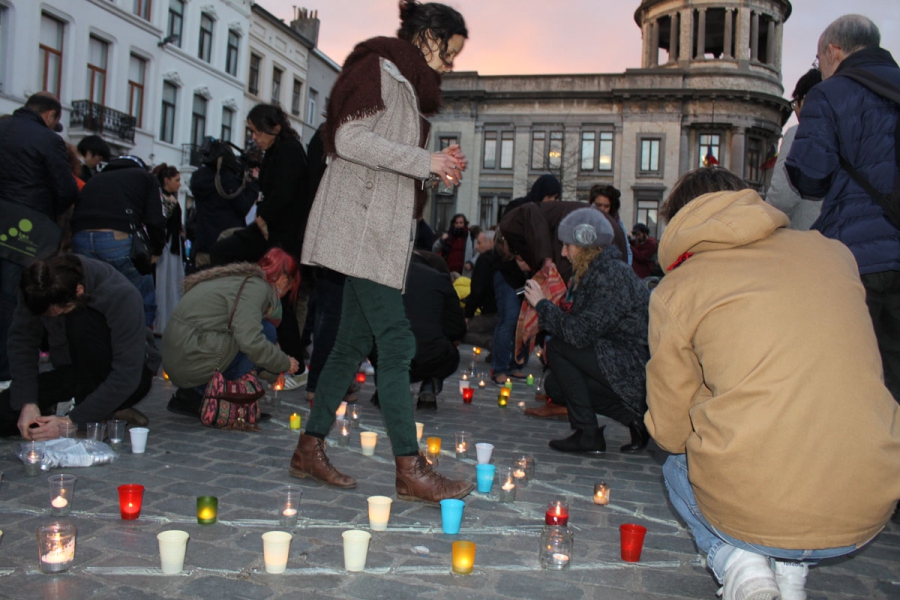 Everyone joined in to light the candles as the sun set in the plaza outside the municipal building.

People began gathering in the town square at 4 p.m. Organizers spelled out the letters of Molenbeek in chalk on the flagstones. Then they laid candles inside the letters, making the "O" into a peace symbol. As dusk fell, they lit the candles, one by one. As more and more people entered the square, the atmosphere grew festive. Kids handpainted on a giant roll of art paper. Others held banners aloft on tall sticks. One man wandered through the crowd playing a saxophone. At 5 p.m., the mayor and other dignitaries spoke. You could only hear them if you were right up close, but it didn't matter. Their message was clear.

"This gathering is first to send a message to the families of the victims, but secondly, see around you, you have beautiful people with open minds, peaceful people. That's the most important message," said city councillor Manzoor Shazia. 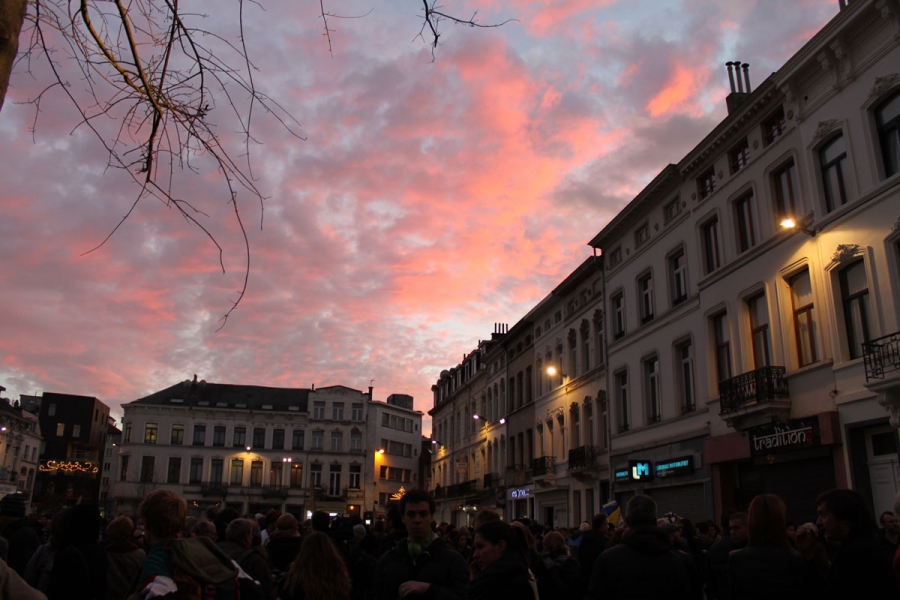 "People are very stigmatized by the whole thing," said Sara Corsius, who produces concerts at a venue in Molenbeek, working closely with neighborhood youth. "Everybody knows that it consists of a few people and that the generalization is huge. The whole neighborhood is full of reporters who just want to find out about that aspect, but for 95 percent of the people living and working here, there is a lot of inspiring stuff going on."

Corsius says she understands why young people might be susceptible to recruiting and manipulation though.

"The people who might be vulnerable for this message are here because of poor education and a poor economical situation. They have no prospects job-wise, so they are easy targets to put other goals in their heads. But I cannot understand, neither can the mothers of this neighborhood, how they can believe in this goal."