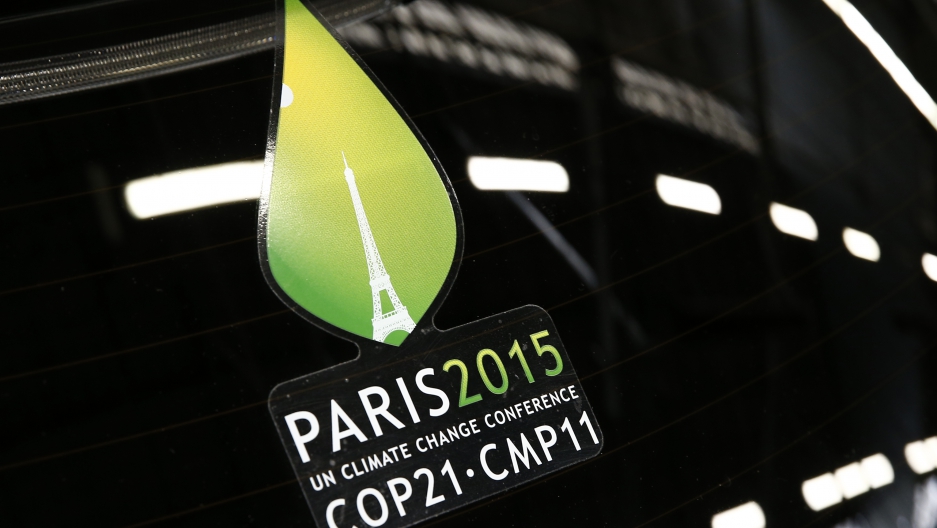 The logo of the upcoming COP21 Climate Change Conference is seen on a Nissan LEAF electric car in Boulogne-Billancourt, near Paris, France, November 16, 2015.

At the end of November, political leaders, scientists and policy wonks will gather in Paris to talk about climate change. But beyond the policy, the posturing, and the dense terminology, climate change is fundamentally a human experience. It's something that affects real people, and it may eventually affect the life of every single person on this planet.

Lt. Gen. Russel Honore oversaw the evacuation of New Orleans following Hurricane Katrina. That experience made him realize that the government won’t always get to people in time, which is why he’s now spending his time traveling around the country training people to be first responders for themselves and their neighbors.

“Only about 15 percent of Americans actually dedicate time to disaster preparedness,” says Honore. “If the predictions work over the next decade the way that scientists are talking, we’re going to face major disasters. Unfortunately, the people that are going to be most affected are the elderly, the disabled, and the poor.”

One person who heard the general’s message is Brad Redrick. Redrick lives on the south side of Chicago — an area that is predicted to face more intense rain events and floods in the next several years. He thinks his community is exactly the kind of place that might be left behind as climate change causes more natural disasters. So he's been working to create a network of people in his neighborhood who can help support, or even save, each other.

“That’s what I’m learning now; just how to do this,” Redrick says. “It’s been very difficult. I’m surprised — it seems like people get bored and it’s hard to keep this exciting. Not being an official, I think they tend to listen to you even less.”

When it comes to responding to catastrophic climate events, Honore says it’s actually people like Redrick who make all the difference.

“The concept Brad has is one that works,” he says. “In spite of what the media portrayed on who did what in New Orleans, most of the people's lives that were saved were saved by neighbors, because government isn't good enough to immediately respond to a major disaster like a Katrina and a Sandy. And that's what Brad is up against in this community — trying to create community awareness.”

As the world stands ahead of “a global disaster,” Honore argues it's up to communities to be their own first responders.

“The majority of people who died in New Orleans were from that vulnerable population: The elderly, the disabled and the poor,” says Honroe. “We found them alone in their homes. Everybody thought somebody else was going to take care of them, and nobody took care of them.”

“That impressed upon us the fact that we've got to build a database of who's around us, and what their conditions are,” Redrick says. “Because of this initiative, I've found a couple of neighbors bedridden. They're depending on services to come and take care of them, but if a snow storm comes, the service people can't get to them. Then who does it fall on?”

To spread awareness about the risks of climate change and to develop a local disaster preparedness plan, Redrick says he is working with existing community organizing networks.

“The neighborhood that I live in was once highly organized — I didn’t really have to convince them, they know innately that this is something worthwhile,” he says. “We did have a grocery store in the neighborhood whose owner came to one of our meetings. When we were talking about looters and keeping things under control, she told us we could, if there was an event — a disaster or an emergency that would require folks to get food — that we could break into her store, and she would not prosecute. That was a real nice agreement to have. And then she ended up going out of business, [for] something unrelated.”

Fostering a culture of preparedness in every community is vitally important, Honore says.

“We've got unforeseen issues coming with water problems, with the impact of heat on crops,” he says. “You know when we have problems with crops, it drives up the price of food and it creates global problems.”

He adds: “Get up, move, get ready. Be prepared. Be your own first responder.”

This story first aired as an interview on PRI's The Takeaway, a public radio program that invites you to be part of the American conversation. The story is a collaboration with WBEZ’s Heat of the Moment initiative.