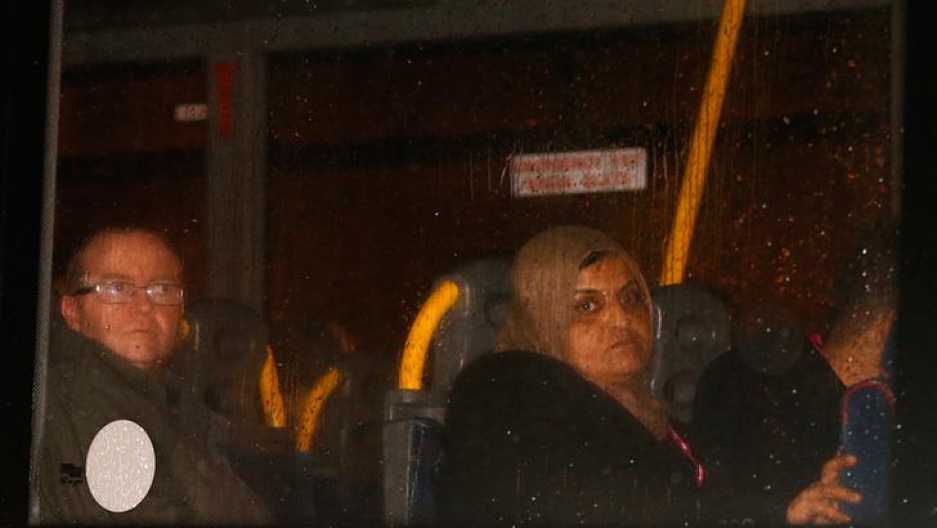 The first group of Syrian refugees to be accepted by Britain, are driven out of Glasgow airport, in Scotland, November 17, 2015.

A group of Syrian refugees will soon be relocating to an isolated island off the coast of Scotland, about as different a place from Syria as you can find.

“I’ve got concern for these people, because they’ll have lots of issues when the get here, cultural issues, language issue, as well as issues they’ve brought along.” says Aidan Canavan who runs the Bute Brewery in the island community of Rothesay. “I'm also excited. I'm excited by the opportunity we’re going to have on this island. We’re going to have all these people from a different culture, different foods, different religions and an opportunity to learn and hopefully form friendships with them as well.”

Canavan says he’s proud of the way dozens of local islanders are stepping up to volunteer to welcome the migrant families. But it will be a challenging cultural transition for the Syrian families as well as for the islanders. The island’s tourism economy has been in decline in recent years, and that’s prompted many young people to leave the island in search of better paying jobs. The island's population is roughly 6,300, and is described as aging, mostly white, and not very multicultural.

Enter 15 Syrian refugee families, outsiders. Not everyone on the island is in favor of taking in Syrian refugees. Some islanders are directly opposed to it. “Of course there are," says Canavan. "The community is split. There’s some people who are very, very concerned, scared. People are concerned about their own safety, especially after what happened in Paris. There are people who feel that we should be looking after our own people before we look after other people. All these views have come out.”

So what does Canavan, a former teacher, now a master beer brewer, have to say to his island neighbors who are reluctant to accept the outsiders, the newcomers?  “I don’t think they fully understand what's happening with these people,” says Canavan, “These are not economic migrants, these people are basically the same as us. They love, they work, and they’re coming from a country that is war-torn that they had to leave. They’re not leaving to find a better life, they’re leaving for a safer life.”

“These people have lived in fear of murder, torture, rape, I mean why else would you jump in a boat, put your children in a boat, and threatening their lives just coming across the sea. You know, they’re not leaving just to have a better opportunity, they’re leaving because there were no other options.”

Our front page: As the first Syrian refugees arrive in Scotland tomorrow, we'd like to offer them a warm welcome pic.twitter.com/1zZ7fazcbS

When he was school teacher, Canavan travelled to Rwanda with some of his students, where he met survivors of the brutal genocide, and observed families’ struggling to get back on their feet. He says the experience moved him deeply, and impressed on him a life lesson that he hasn’t forgotten.

“Not a single person we met was unaffected by the Rwandan genocide. What these Syrian families, and many others like them, have endured is beyond our comprehension, and it will be an honor to give them respite and shelter. I am so proud that this island has stepped up to the mark to help."