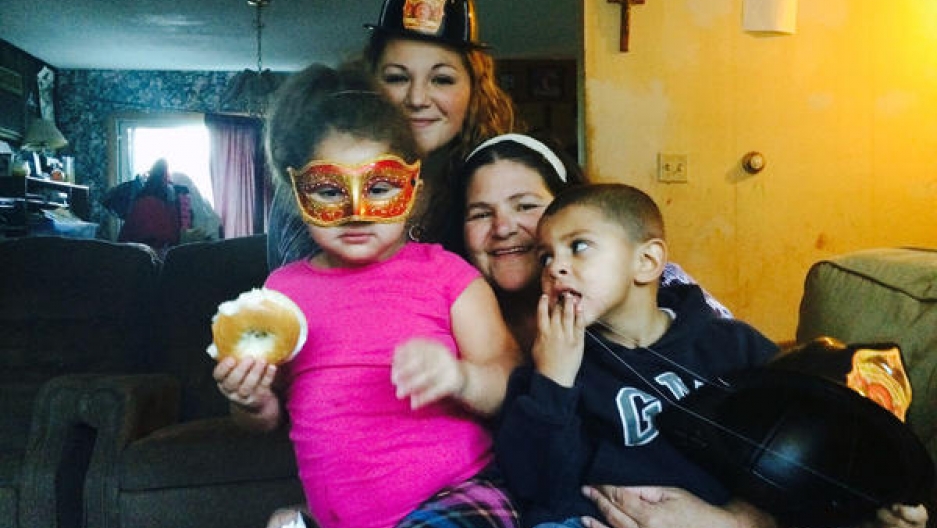 Editor's note: The names in this story have been changed to protect identities of those involved.

A yellow school bus crunches through fall leaves and slows to a stop. Seven-year-old Allison Jones bursts out: “Hi, Grandma.”

Grandma, Lori Jones, and Allison’s mother, Michelle, are in the front yard of their western Massachusetts, home to welcome Allison home from school. Michelle has news about a grocery store coloring contest that she knows Allison has been waiting to hear — she won.

It’s still a little new for Allison to get this news from her mother, because Michelle’s parental rights had been revoked until last month, when Lori and Michelle went to court to tell a judge that Michelle was back — back from the brink and back in her kids’ lives after delving into the depths of addiction and recovering with a lot of help.

As the opiate crisis advances, many people who thought their child-rearing years were done are finding themselves stepping in to take care of young relatives. In the last 15 years, the number of Massachusetts grandparents with custody of their grandchildren has increased by more than 20 percent, largely because the parents are dealing with addiction issues. And it's a trend being mirrored in other places. States such as Kentucky (where 59,000 children are raised by extended family) and Louisiana (where 11 percent of children live solely with grandparents) are also dealing with similar situations.

Michelle, a 24-year-old mother of three, got addicted to prescription drugs like Percocet five years ago when she met moved in with a new boyfriend who was addicted.

"I thought it was OK," she said. "Like, let’s do a couple percs and get myself going for the day.”

"I actually had to cut her hair," Lori said. "I mean, that’s not right. Was it enough for the state? Maybe not, but it’s enough for a grandmother to know her grandchildren are in potential danger.”

In desperation, Lori arranged for her own daughter to be arrested, and successfully petitioned for guardianship of her grandchildren.

"There was no convincing her," Lori said. "She was mad. We fought.”

“I was mad,” Michelle admits.

Lori wasn’t going to let the situation get to the point where the state Department of Children and Families took her grandchildren. But she felt guilty, and blamed herself because she hadn’t seen the signs of addiction in her own daughter.

"It was very hard to cut her off, but that was the only way," Lori said. "Through experiences, and being on mothers-of-addicted-children websites, I knew I had to stop enabling her.”

Michelle says she fell into an even deeper addiction without her children.

"So that’s, like, what I was numbing — the fact that they weren’t there, and the feelings that I failed." she said. "So I’d just keep going. It was a downward spiral. I didn’t want to do them anymore but I didn’t want to face anything so I kept getting high. And then I got high because I got high.” 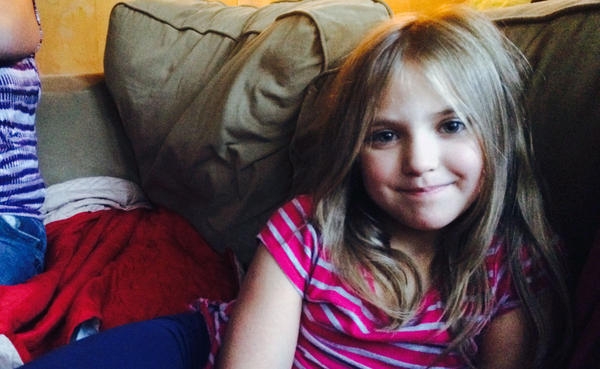 Allison Jones' mother, Michelle, is back in her life after fighting opiate addiction.

So what changed? That was the judge’s question to Lori last month. Michelle says eventually she missed her kids too much. She walked into a clinic where they gave her a drug called Suboxone that dulled her cravings for opiates. It stopped her from getting high, and instead got her normal again. And when Michelle was off the illicit drugs, she moved back in with her mother.

"I knew that I had to gradually start earning her trust back. Because she wasn’t just going to let me in and keep like coming in and out of the kids lives," Michelle said.

Lori supported Michelle financially as she went to recovery meetings and slowly took on more responsibility for the children. Lori was watching carefully.

"There was a little bump in the road when she lived here six months, and she wanted more," Lori said. "She wanted custody, and I knew she wasn’t there yet because of the amount of work I was doing.”

Lori eventually agreed Michelle was ready to be her children’s guardian. The judge, though, questioned Michelle’s ability to raise three children, keep up her addiction treatment, and pursue her plans to be a certified nursing assistant.

“It’s going to be a challenge to juggle the responsibilities for all three of these children," he said. "I think it’s very important that you will continue to have the support of your mother.”

Lori told the judge that now, when the kids get hurt, they run to their mother. And Lori’s there to hand Michelle a band-aid.

“We don’t anticipate much changing, except the legalities of this,” she said.

“All right," the judge replied. "I will enter a decree that will approve your resignation as their permanent guardian today."

Michelle’s two younger kids are happy, active and oblivious. But Allison, the oldest, seems almost haunted. She remembers what happened.

"Mom wasn’t there when I needed her a lot of times,” she said.

Now Allison's reluctant to let her mom out of her sight. She even goes to some of the Narcotics Anonymous meetings Michelle attends. And when Michelle says the group's mantra, Allison is there, saying it too.

"Just for today, I will not use drugs.”