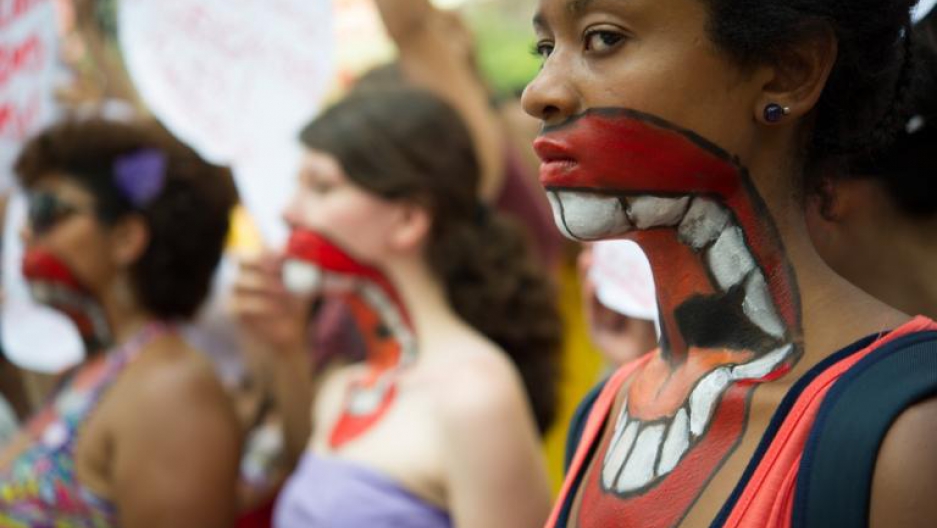 Women protested against violence during the celebration of the International Women's Day in 2013, in Sao Paulo, Brazil.
Credit: Yasuyoshi Chiba
Share

RIO DE JANEIRO, Brazil — Brazil has a serious problem with violence against women. These five infographics show just how bad that problem is.

All the data used here are from a new report by Mapa da Violencia, a nonprofit group that tracks violent crime in Latin America’s largest nation.

Here's how much the country’s number and rate of homicides against women have climbed over the years:

Chart 1 shows the total number of homicides. But the rate at which women are being killed as a share of the population is also rising. Criminologists typically pay close attention to homicide rates per 100,000 people as an indicator.

The Mapa da Violencia studied female homicide rates worldwide. Brazil’s rate of 4.8 female homicides per 100,000 people was the highest of 30 countries measured in 2013.

And the data showed that women of color are being disproportionately killed when compared with white women.

There is, however, some good news: Female homicide victim rates have dropped in three of Brazil’s four largest cities. Experts say that's partly due to increased policing and middle-class growth reaching Brazil’s most developed metropolises.