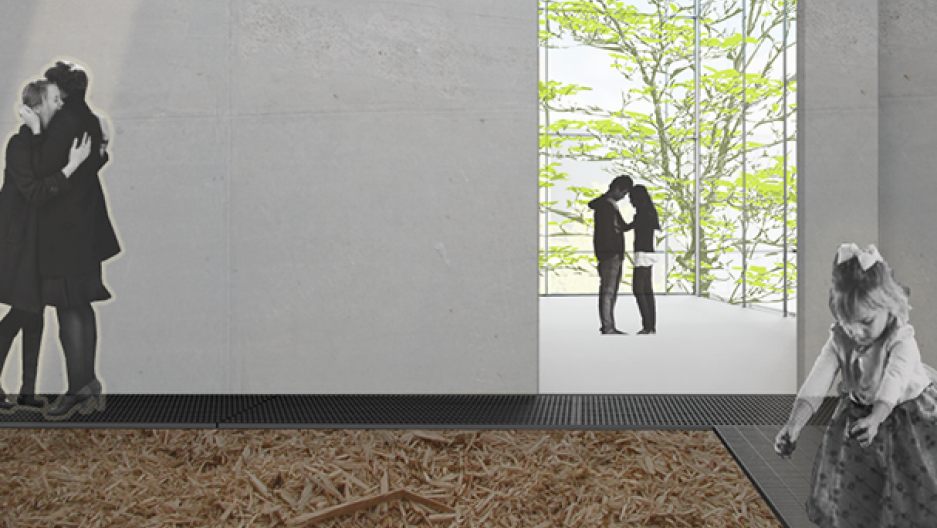 The Urban Death Project proposes that, after a ceremony, families lay the deceased in a field of woodchips. Compost from the remains would be used for gardens on the premises, in local parks, and families could take some and spread it in a place special to them or their loved ones.

Each year, 5 million people die in the US. About half of them choose conventional burial and half choose cremation for their body. Now, if a new project comes to fruition, individuals may have another option: composting.

Aside from being a significant source of pollution, our culture's traditional burial methods don’t hold particular meaning or relevance for many people, says Katrina Spade, founder and executive director of the Urban Death Project.

So while Spade was in architecture school, she set out to design a burial alternative that would be meaningful for more people. The result is a new idea that offers a process of composting to turn our bodies into soil.

Composting oneself is meaningful, Spade says, because, rather than destroying the nutrients in our body after we've died, people can be productive one final time and use those nutrients to help grow new life. The meaning, for her, is in the process itself.

Spade based her idea on research into livestock mortality composting. Several agricultural institutions, including Cornell and Washington State University, have shown that the body of a dead animal will be completely composted, including the bones, within three to six months if it is covered on all sides by a high carbon material, such as two feet of wood chips.

This technique creates an environment in which microbes and beneficial bacteria can do their job, Spade says, as long as the environment includes the right ratio of carbon, nitrogen, oxygen and moisture.

As an architecture student, Spade says, her goal was to take this research into livestock composting and redesign it for the human experience.

The result is a building that contains a three-story core where the composting process takes place. The core is surrounded by a series of ramps. The living carry the dead up to the top of the core, where they can conduct an individualized ceremony and memorial service. Then the body is placed into the composting area. Bodies are stacked vertically in the core, separated by about ten feet of wood chips.

In the second stage of the process, after the bodies have turned to a coarse compost, non-organic materials like gold teeth or titanium hips get separated out. Gravity and the settling and decomposition of the organic material allows these items to travel downwards through the core. Then the coarse compost is refined, finished and cured.

“It's very much still a natural process and I've tried to keep it as simple as possible,” Spade says. “One of the most amazing things to me is the fact that by doing this, families are actually beginning the transformation of their deceased from human to soil and to me that's quite beautiful.”

“It would be free and available to all people, and it would be municipally run,” Spade explains. “These places would be public spaces in our cities much like our library system or library branch.”

Since burial is regulated on the state level, Spade would like to see composting added to the list of legal burial methods on a state-by-state basis.

“I think that the time is right for this project. I've gotten such amazing support for it,” Spade says. “From an environmental perspective, people are realizing that they don't want their last gesture to be polluting or wasteful. It's really more about finding something that's meaningful.”