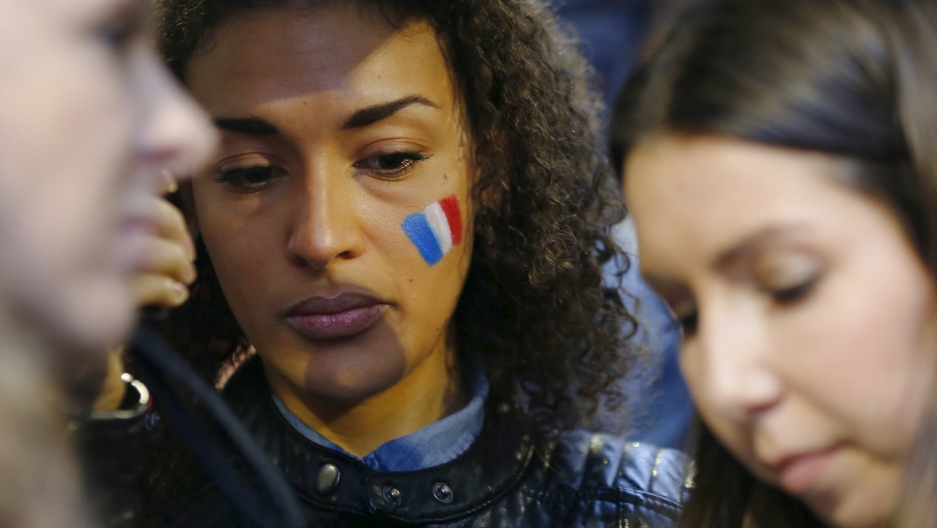 A woman wears the painted colours of France's national flag on her cheek during a candlelight vigil for the victims of the Paris attacks, in Sydney, Australia, November 14, 2015.

EDITOR'S NOTE: Sacha Ott, 25, is a software engineer from France who lives in Paris.

I will try to explain to you how I lived yesterday night. I was at the France stadium with two of my friends to see the France-Germany soccer match. At 9 p.m., you would have seen the three of us smiling, in our element.

A few minutes after the match started, a loud sound happened. It seemed just below us. Then there was a second one and a more distant one after that. At the moment, I thought it was okay, it was probably a firecracker set off by fans.

Then, during the second period of the match, we started to receive texts and news on our smartphones. That's how we learned they were real explosions. But we didn't know there were deaths. We were not afraid to stay at the game, but were constantly checking what was going on.

At the end of the game, there was an announcement telling us which exit to take. We walked near the exit and we almost outside when there was a panic and people started crying and running towards us. So we ran back with them inside the stadium.

Security officers told us to stay on the field. I was afraid knowing there were terrorists nearby. We stayed together and called our families to let them know we were okay.

People waited in the stadium until it was safe to go.

An hour later, it was safe to go. We didn't find out why there had been that panic during our initial exit.

I got on the subway. The line to my house was still open. I saw people crying, family with their children completely terrorized. There was sadness in every eye.

​I got home around 2 a.m. and put on the television. I didn't know the details before and I watched and I was terrified.

I have never experienced this before and, today, I will stay home. I was planning on joining some friends for a part in the east of Paris, but I live on the west side. The recommendation is to stay home. That's what I'll do.

I am glad I made it home safely, but I'm truly sad about the deaths that happened during all these attacks.