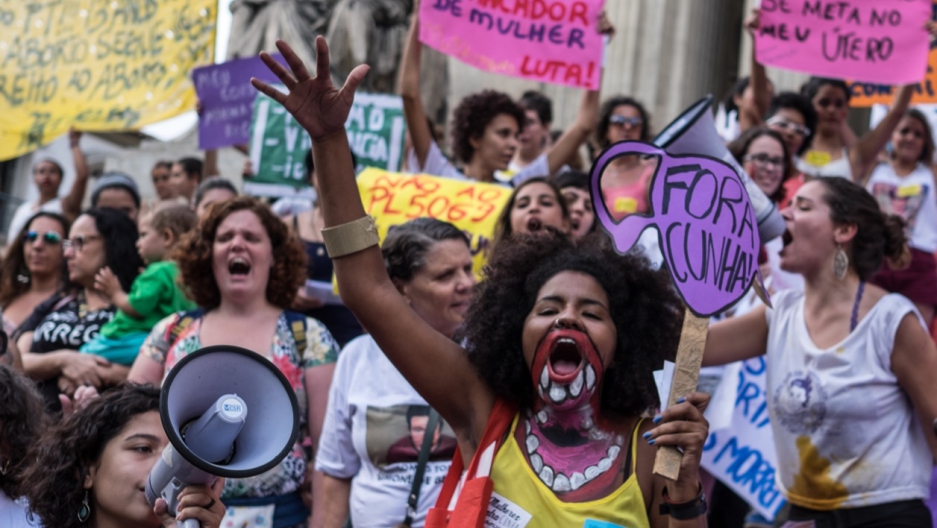 Then, as if things weren’t looking bad enough for women here, a new report showed homicides against women have quickly grown to give Brazil the fifth-highest rate out of 83 countries.

More from GlobalPost: Brazil's shocking violence against women, in 5 charts

It’s been a tough month for the women of Brazil. The country has made strides, bringing millions out of poverty to take part in the world’s seventh-largest economy and even electing its first woman president, Dilma Rousseff. But recent events show Brazilian women still face a struggle for equality, access to health care and security.

“Women in Brazil have come a long way, with many positive public policies, but there’s still a very macho society in Brazil,” said Nadine Gasman, the United Nations Women representative in Brazil.

But there’s a flipside to the recent news, too. All this controversy has at least gotten Brazilians talking afresh about women’s rights, Gasman said. Out of frustration has grown hope and gender equality is back in the public spotlight.

Here's a closer look at the recent incidents and the calls for action that have followed. During the first episode of Brazil’s MasterChef Junior show late last month, several men tweeted sexually provocative remarks about one of the contestants — a 12-year-old girl.

“If it’s consensual, is it pedophilia?” read one of the tweets.

The Brazilian press quickly caught up on the comments, as did activists online. Soon, the tweets had sparked a broader conversation about how women are treated in this country. Hashtags were born — #primeiroassedio in Portuguese, or #firstharassed — which women, and some men, across Brazil have been using ever since to describe the first time they were sexually harassed.

BuzzFeed collated a number of the resulting tweets. This one reads: “I stopped wearing shorts at 10 years old because of the comments and stares of old men on the street:”

By this week, the movement has spread worldwide, according to the BBC. 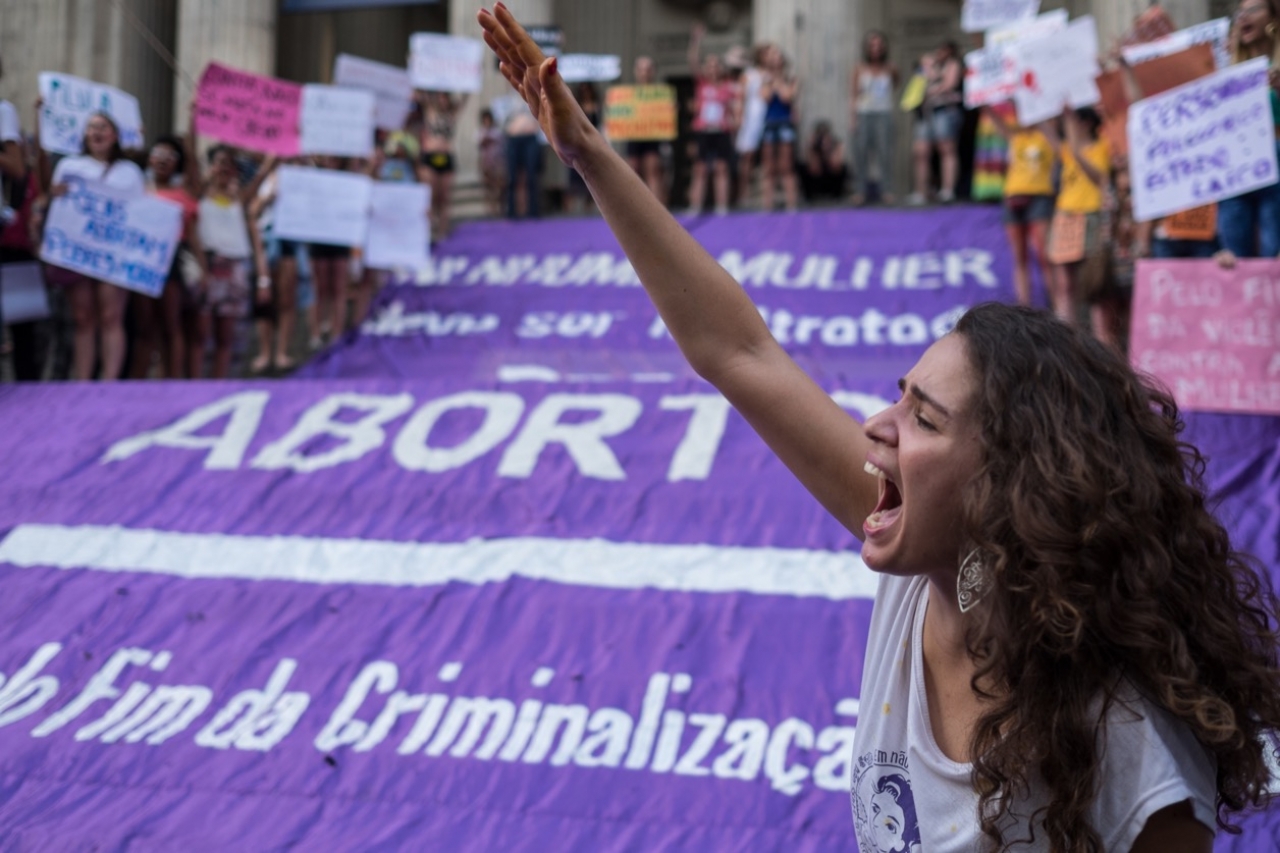 A few days after the MasterChef incident, thousands of Brazilians turned up to reproductive rights demonstrations in Rio, Brasilia and Sao Paulo, among other cities. The angry crowds targeted a bill authored by Eduardo Cunha, president of Brazil’s lower house of congress, that would require victims of sexual assault and rape to file police reports before being entitled to health care. The bill also would obligate hospitals to report to the police every time a woman receives abortion-related treatment. Abortion is illegal in Brazil.

Protesters called for Cunha, who is also being investigated for alleged corruption, to resign and launched a campaign against him and the bill on social media. Cunha shows no sign of stepping down, however, and the bill is being scheduled for a full hearing before the house.

And the proposed law wasn’t the last of the bad news for Brazilian women. A mural by Panmela Castro signifies the fight against domestic violence in Rio de Janeiro.

On Monday, the organization Mapa da Violencia or Violence Map, which tracks violent crime trends in Brazil, released its annual report on homicides against women.

The report shows that after decreasing last decade, Brazil’s rate and total number of homicides against women has been quickly rising. In total, 4,762 women were victims of homicide in 2013, a 21 percent increase from 2003.

In an official statement, Brazil’s Special Secretary for Women’s Policies Eleanora Menicucci said, “We cannot abide by  the magnitude of the increase of murders of women."

The biggest cities, however, saw a marked decrease in the rate of homicides against women. In Brazil’s largest city, Sao Paulo, for example the female homicide rate dropped 61.5 percent from 2003 to 2013.

This reflects a general trend in Brazil, where violent crime is gradually improving in larger cities, but worsening in medium-sized towns, as previous Mapa da Violencia reports have shown.

Alexandre Ciconello, a human rights adviser to Amnesty International in Rio de Janeiro, said some progressive laws and policies, such as the creation of women-only police stations, have had an impact in reducing violence in big cities.

“There have been many attempts to change procedures and laws to avoid violence against women and huge public campaigns about that,” Ciconello said.

Still, the overall female homicide rate in Brazil was reported at a startling 48 times higher than the United States. (Once you add in male victims and compare the two countries, Brazil’s rate is five times as high.)

Women of color have been hit disproportionately hard by violence in Brazil. While the number of homicide victims who were white women decreased by 9.8 percent in Brazil between 2003 and 2013, the number for black women increased by 54.2 percent, according to the report.

In reaction to the report and continued evidence of discrimination against women of color, a coalition of organizations has organized a “Black Women’s March” in the nation’s capital Brasilia on Nov. 18.

Gasman, the UN Women representative, said that while troubling, the Mapa da Violencia report and the other recent controversies have helped create a new wave of discussion and debate over women’s rights in Brazil.

“The facts are terrible, but what is really interesting is what happens afterwards,” Gasman said. “It’s true we have harassment, we have bullying, but we also have a very strong society and women’s movement joining in and saying ‘This is not acceptable,’ and talking about this.”