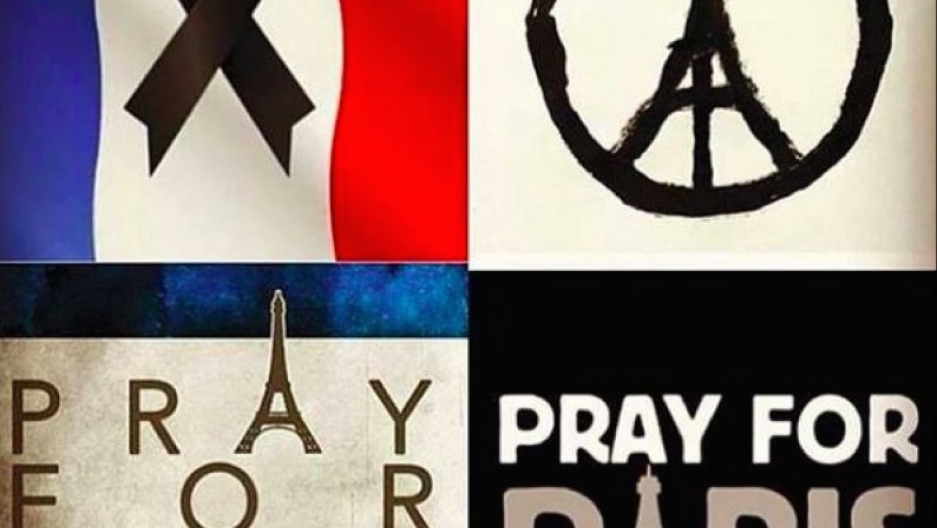 Memes widely shared in solidarity with the victims of the Paris attacks.

I come from a privileged Francophone community in Lebanon. This has meant that I have always seen France as my second home. The streets of Paris are as familiar to me as the streets of Beirut. I was just in Paris a few days ago.

We do not get a “safe” button on Facebook. We do not get late-night statements from the most powerful men and women alive and millions of online users.

We do not change policies which will affect the lives of countless innocent refugees.

This could not be clearer.

I say this with no resentment whatsoever, just sadness.

It is a hard thing to realize that for all that was said, for all the progressive rhetoric we have managed to create as a seemingly united human voice, most of us members of this curious species are still excluded from the dominant concerns of the “world.”

And I know that by “world,” I am myself excluding most of the world. Because that’s how power structures work.

I do not matter.

My “body” does not matter to the “world.”

If I die, it will not make a difference.

Again, I say this with no resentment.

That statement is merely a fact. It is a political fact, true, but a fact nonetheless.

Maybe I should have some resentment in me, but I am too tired. It is a heavy thing to realize.

I know that I am fortunate enough that when I do die, I will be remembered by friends and loved ones. Maybe my blog and an online presence might even gather some thoughts by people around the world. That is the beauty of the Internet. And even that is out of reach to too many.

The Human Body is not one. It sure feels that it should be by now. Maybe that in itself is an illusion. But maybe it is an illusion worth preserving because without even that vague aspiration towards oneness on the part of some part of the body, I am not sure what sort of world we would be living in now.

Some bodies are global, but most bodies remain local, regional, “ethnic.”

My only hope is that we can be strong enough to generate the opposite response to what these criminals intended. I want to be optimistic enough to say that we are getting there, wherever “there” might be.

This commentary was cross-posted from our partners at Global Voices, a community of hundreds of bloggers worldwide.