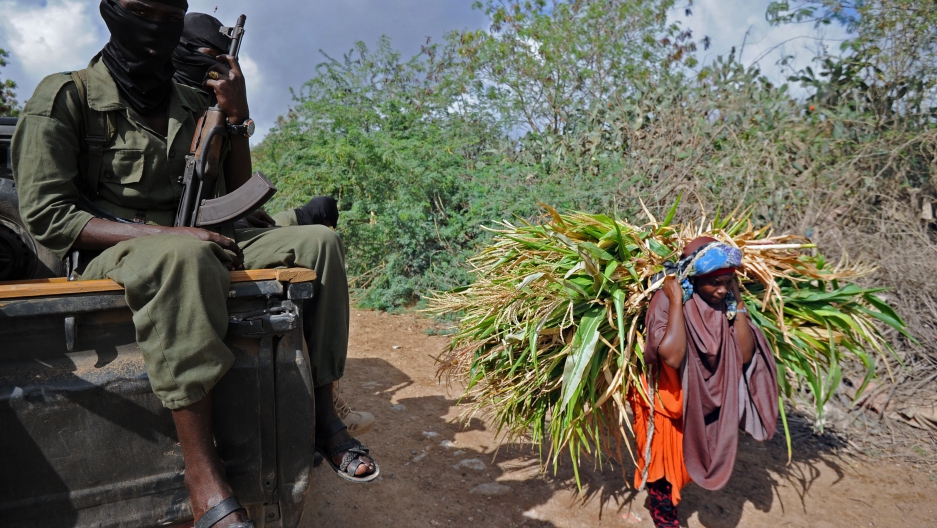 A Somali woman carrying goods walks past soldiers patrolling a road between Mogadishu and Jowhar, some 90 km north of the capital, on Oct. 10, 2015.
Credit: MOHAMED ABDIWAHAB
Share

JOHANNESBURG, South Africa — As a massive El Niño brews in the eastern Pacific, the UN children's agency has issued a worrying forecast for parts of East and Southern Africa.

UNICEF says that some 11 million children in these regions are at risk from disease, hunger and lack of water as a result of the strengthening weather phenomenon. El Niño can lead to increases in malaria, dengue fever, diarrhea and cholera — all of which are major killers of children.

This El Niño is expected to be among the strongest on record — dubbed the "Godzilla El Niño," bringing floods and drought to many parts of the world.

More from GlobalPost: El Niño could help California’s drought — but it will make India’s much worse

But so far the impact of this "unfolding disaster" on children in Africa has failed to gain much attention, UNICEF says. International aid agencies are already overwhelmed with the Syrian refugee crisis along with emergencies in South Sudan, Iraq, Yemen and the Central African Republic.

"By the time disaster — and headlines — strike, it will be too late for many of the region’s children. And attempts at relief will be exponentially more costly than early action," a UNICEF briefing note warned. Farmers in North Wollo, the most drought-sensitive area of Ethiopia, say their crops have failed.

This powerful El Niño follows a year of erratic rainfall and drought, already causing drinking water shortages and crop failures. "A series of climatic shocks in 2014 and 2015 ruined harvests, leaving many children and their families dependent on food aid to survive," the children's agency wrote.

More than 3 million people in Somalia will need help due to crop failures and food shortages, UNICEF said. The effects there may be made worse by severe flooding.

More from GlobalPost: Ethiopia is facing its worst drought in 30 years. Can the government stop famine this time?

Malawi and Zimbabwe, in southern Africa, are already facing a drought and needing food aid.

While the El Niño phenomenon is not caused by climate change, scientists say that El Niños are becoming more intense because of a changing climate.