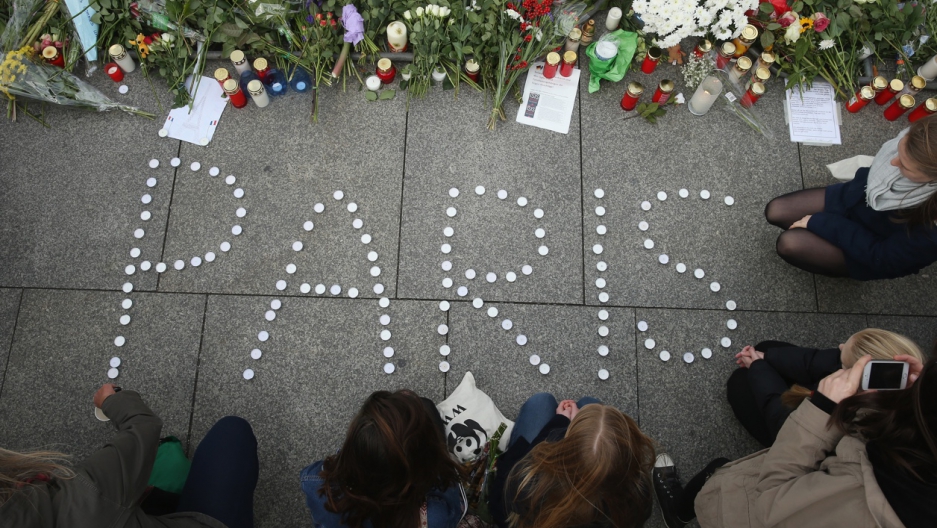 People finish arranging candles into the word 'Paris' next to flowers and messages left at the gate of the French Embassy following the recent terror attacks in Paris on Nov. 14, 2015 in Berlin, Germany.
Share

VIENNA — Deadly attacks in Paris forced a shift in the focus of Syrian peace talks on Saturday to the fight against Islamic State, with France saying foreign ministers meeting in Vienna should concentrate on the battlefield rather than political process.

A round of talks in the Austrian capital, expected to focus on narrowing differences on the specifics of a political process leading to elections in Syria, turned instead to security and how to better fight Islamic State, also known as ISIL or Daesh.

"One of the objectives of the Vienna meeting is to see concretely how we can strengthen the international coordination in the fight against Daesh," French Foreign Minister Laurent Fabius told reporters in Vienna before the main meeting started.

Gunmen and suicide bombers attacked restaurants, a concert hall and a sports stadium around the French capital on Friday, killing at least 127 people in what President Francois Hollande called an act of war. Islamic State, which controls swathes of Iraq and Syria, claimed responsibility.

"France, because it was attacked in a cowardly, shameful, violent way, will be merciless against Islamic State's barbarians," Hollande said a televised address after a security cabinet meeting on Saturday morning.

He gave no details how Paris would respond, but the country's aircraft carrier is due to be deployed to the region on Nov. 18.

Russia and the United States set aside their long-standing differences over the fate of Syrian President Bashar al-Assad to express solidarity with France and pledge to fight terror.

"We are witnessing a kind of medieval and modern fascism at the same time, which has no regard for life, which seeks to destroy and create chaos, disorder and fear," U.S. Secretary of State John Kerry said after a meeting with his Russian counterpart Sergei Lavrov before the peace talks began.

"The one thing we could say to those people is that what they do in this is stiffen our resolve, all of us, to fight back, to hold people accountable, and to stand up for rule of law, which is exactly what we are here to do," Kerry added.

Lavrov said there was no reason for major powers to not do much more to fight IS. Saudi Arabia's foreign minister said more efforts were needed to fight the "scourge" of terrorism.

How much progress could be expected at Saturday's talks between Lavrov, Kerry and counterparts from more than a dozen countries, including Middle Eastern foes Iran and Saudi Arabia, was unclear.

Since foreign ministers and senior officials from the United States, Russia and more than a dozen other countries expressed support in Vienna two weeks ago for a political process, little progress has been made.

Western powers and their allies have insisted al-Assad must leave power as part of any political solution to the four-year conflict. His allies Russia and Iran support elections in which he could stand.

Diplomats said negotiators had also struggled with the central issue of which organizations are terrorist groups and which are part of the opposition, which will determine who can take part in the political process.