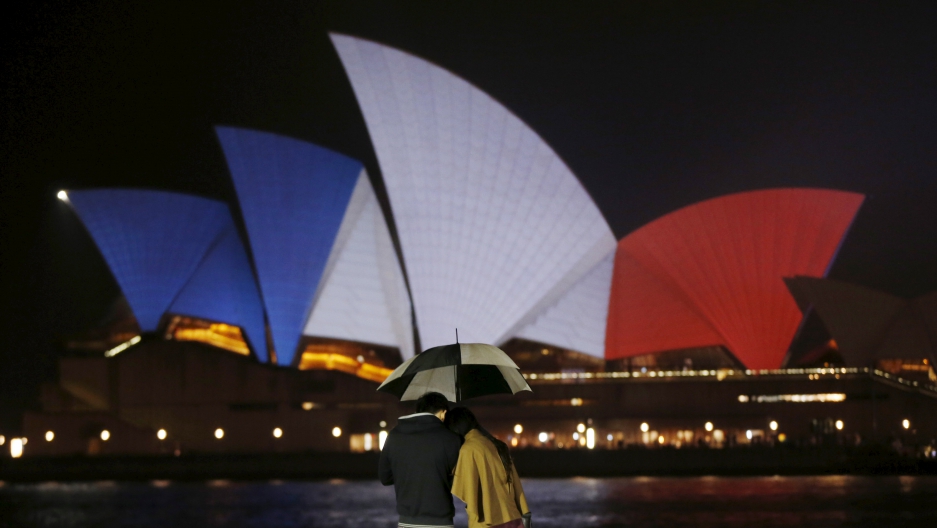 A couple stands in the rain as the blue, white and red colours of France's national flag are projected onto the sails of Sydney's Opera House in Australia November 14, 2015 following the attacks in Paris.

In speeches, light shows and across social media, an outpouring of support arose for France after terrorists shot through Paris in a series of attacks deadlier than anything the capital had seen since World War II on the night of November 13.

President Barack Obama characterized the killings as  an attack on all of humanity, and US presidential candidates offered condolences. Germany offered to send security forces.

Businesses and individuals offered their own backing.

Hundreds gathered in silence at Pariser Platz (Paris Square) in Berlin, with sea of flowers in front of Fr. embassy pic.twitter.com/99yGapXu6W 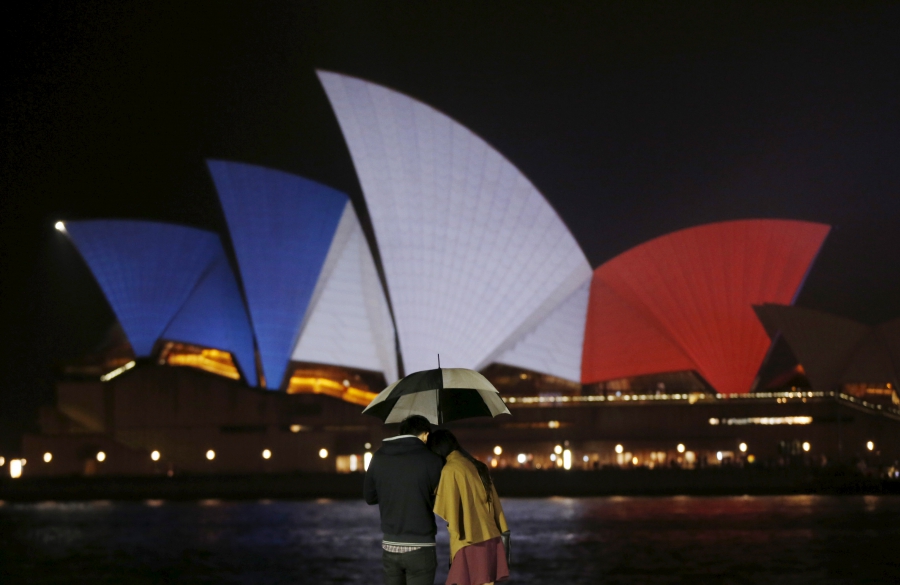 A couple stands in the rain as the blue, white and red colours of France's national flag are projected onto the sails of Sydney's Opera House in Australia November 14, 2015 following the attacks in Paris.

4. The Omni Hotel in Dallas

Omni Hotel in Dallas is displaying French flag in solidarity with France. pic.twitter.com/vq7X5xrVie

Our hearts go out to everyone in Paris. pic.twitter.com/JpFKr8Cx6W

6. Arturo Sarukhan, former Mexican ambassador to the US

Prayers for the #ParisAttacks victims...and for the innocents who will bear the blame for the crimes of terrorists. pic.twitter.com/zIrEVtQ9Dj

One World Trade Centre in New York lit up in blue, white & red in solidarity with Paris https://t.co/BuUYbIDxXY pic.twitter.com/I19z5Jnefa

Prayers for the folks in France and the victims of this horrible attack.

Roses offered outside French consulate on Stuart Street in #Boston in mourning for #ParisAttacks pic.twitter.com/GIde8QO4Gs

Matthew Bell and Isis Madrid contributed to this report.