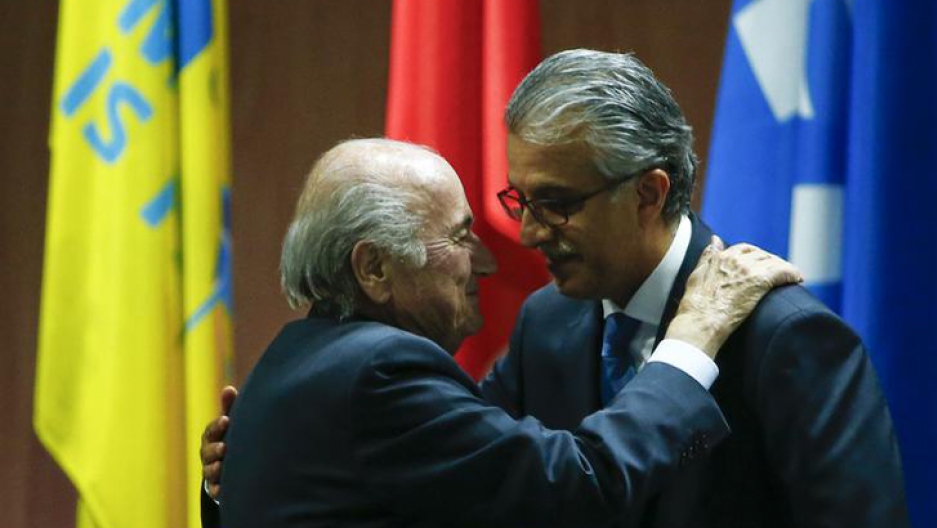 The governing body of world soccer isn’t exactly in a positon to lead on matters of ethics. For years, FIFA has been rocked by allegations of corruption. And in May, several current and former FIFA executives were arrested as part of a US criminal probe alleging rampant graft within the organization.

And even then, FIFA members chose to re-elect longtime president Sepp Blatter to another term in office. Only days later, Blatter himself seemed to finally read the writing on the wall, pledging to step aside as soon as a new FIFA president could be elected. That election is now scheduled for February 2016.

He didn’t make it that long before FIFA’s own ethics panel suspended him for 90 days while it investigates Blatter. The Swiss caudillo of soccer is still vowing to fight corruption allegations against him, even after he suffered an apparent “emotional breakdown” that landed him in the hospital.

This brings us to the latest news from FIFA. The organization has just cleared five candidates in the race to succeed Blatter as president of world football. FIFA’s electoral committee says it conducted a thorough “integrity check” of each candidate, reviewing everything from corporate records to media reports of “potential red flags.”

One candidate, Liberian Football Association head Musa Bility, failed to clear that integrity check. But FIFA won’t say why, for “reasons of protection of personal rights.”

Another candidate, former football star and European soccer boss Michel Platini, wasn’t even considered. Like Blatter, he’s suspended while FIFA investigates him for corruption. He’s alleged to have accepted a mysterious $2.1 million payment from Blatter himself. Both men deny it was a bribe.

Ironically, Platini had been considered the hot favorite to succeed Blatter. That is until that mysterious payment came to light. Ooops.

So who’s left running for FIFA president? Well, we have a sheikh, a prince and three guys named Infantino, Champagne and Sexwale. All of them claim they can clean up the mess, but all have also played ball with FIFA before.

Absent Platini, Sheikh Salman Bin Ebrahim al Khalifa from Bahrain is considered a favorite. But he’s perhaps the one with the most serious allegations against him. Forget corruption. This guy is accused by human rights groups of helping to imprison and torture people during pro-democracy protests in Bahrain back in 2011. Somehow, he passed the FIFA integrity check. Oh, and he’s also a sitting vice president of Sepp Blatter’s FIFA.

Then there’s Prince Ali bin al Hussein. He’s the half-brother of Jordan’s King Abdullah, and a former FIFA vice president. He was on the inside when FIFA controversially awarded the next two World Cups to Russia and Qatar. Not a shining moment for the organization.

Gianni Infantino is a Swiss lawyer who works for Michel Platini over at UEFA, the European soccer body. He’s said to be a good administrator, but also a stand-in for his boss, who I remind you is under investigation for corruption. If by some miracle Platini were to somehow pass his integrity check, the word is Infantino would step aside to let the boss through to the top.

Then there’s Jerome Champagne, a former French diplomat and FIFA insider, with old ties to Sepp Blatter. He’s the only candidate who’s put out any specific plans for FIFA’s future. It calls for a redistribution of wealth throughout FIFA. Where have I heard something like that before? Oh yeah, Blatter.

And finally, the so-called outsider in the race: Tokyo Sexwale. He’s a former anti-apartheid activist from South Africa who served time alongside Nelson Mandela. He’s since become a millionaire businessman, and now says he will “follow the money” to clean up FIFA. He’s also a former member of the organizing committee that brought the 2010 World Cup to South Africa. US prosecutors allege that organizers in South Africa paid $10 million to a now-disgraced former FIFA vice president in order to make sure South Africa was awarded the tournament.

So each one of the five remaining FIFA candidates has played ball with FIFA before and at the very least got some mud on their shoes as a result. They may have passed the organization’s “integrity check,” but that's not a high bar. And it’s hard to see how any of them could truly bring a breath of fresh air to the troubled organization.

Perhaps it’s time to start over with a new world governing body for soccer.