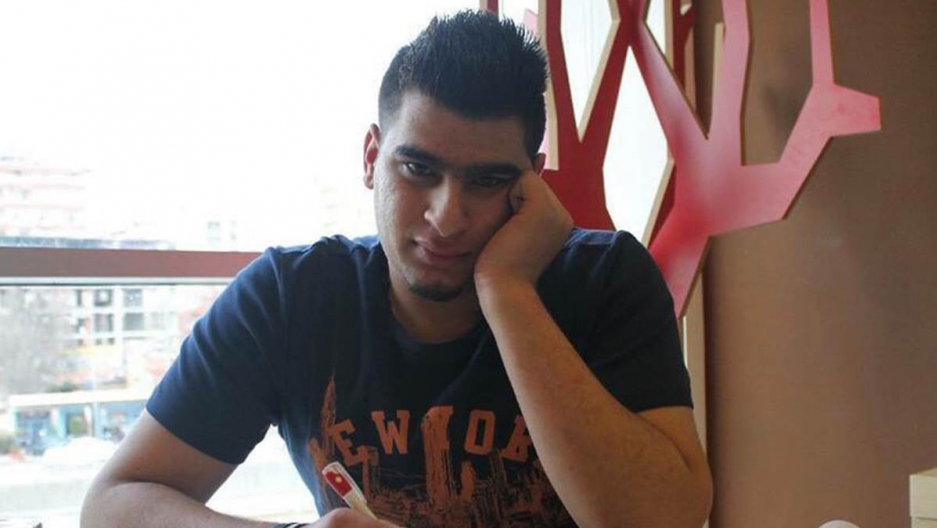 EDITOR'S NOTE: They dared to report how ISIS was destroying Raqqa, long before the Syrian city was bombed by French fighter jets on Sunday. "ISIS," says one of them, "hates us more than any bomb dropped from the sky."

“I’m sorry we can’t meet at the office” is the first thing Tim Ramadan says after greeting me. He hasn’t set foot in his office for the past two weeks, ever since 20-year-old fellow activist Ibrahim Adbel Kader was found beheaded in his apartment in a nearby city. The news would have barely made the headlines if the killings hadn’t taken place in Turkey — not in ISIS-controlled territory.

“We thought Turkey would be safer than Raqqa,” Tim says. “Now that feeling is gone.”

(Tim is not his real name. We’re using a pseudonym to protect his identity.)

Since the early days of their network in April 2014, Tim and his friends have been in ISIS’ crosshairs — literally.

Their website, Raqqa is Being Slaughtered Silently, documents life in the self-declared Caliphate. About two dozen citizen journalists in Raqqa collect photos, videos and information. Activists in Turkey then dispatch the news to the outside world. Stories range from the gruesome — executions and child soldiers — to the mundane — power cuts and bread shortages.

It's a far cry from the sleek, self-aggrandizing version ISIS offers in its Hollywood-style videos.

“ISIS hates us more than any bomb dropped from the sky,” Tim says, “because our opposition comes from the ground… it comes from within.”

No surprise then ISIS has been going after Tim’s group with a vengeance.

“It’s been really difficult for us to work inside Syria because there are cameras and spies,” Tim explains. “They dress like civilians and they go to internet cafes, to the streets, and if they see anything wrong, they will tell their security office and the security office will take them and maybe execute them, maybe take information from them.”

Tim says the first question anyone arrested by ISIS gets asked is whether they work for Raqqa is Being Slaughtered Silently.

Every day for eight months, he dodged that risk. Tim worked undercover as a field coordinator. He produced brochures and graffiti, and trained fellow activists to keep their data — and themselves — safe. Critical to that effort is making sure reporters on the ground don’t know each other, and can only identify their “handlers” in Turkey by their code names. That way, anyone arrested would have little damaging information on the underground network. Tim himself never spent more than a week at the same place, used nicknames and kept his activities secret from close friends and relatives.

Last winter when ISIS raided his family’s home, he fled and joined the half dozen activists running the network from Gaziantep, in southern Turkey. But they were never completely at peace here either.

“We’ve been receiving threats on our emails, on our personal accounts, on Twitter and Facebook,” Tim says. “They’ve also published photos of our members on the streets here in Turkey. They took pictures of our homes here in Gaziantep, published them on social media and said: that’s the home of the members of Raqqa is Being Slaughtered Silently. We can reach you, and we will get you.”

Tim says they took the threats seriously. Most foreign fighters transit through Turkey, so access wouldn’t be an issue.

Still, Tim and his friends wondered if ISIS would really act on the threat, on Turkish soil.

The beheadings of Ibrahim Adbel Kader, along with a friend, on October 30 in the city of Sanliurfa gave them the brutal answer.

ISIS claimed responsibility in a video, making the killings the first known assassinations carried out by the terror group in Turkey. It left the activists in shock, and drove them into hiding — or something very much like it. Tim is now back to shuttling between apartments, as he did in Syria.

Now more than ever though, he says, the people of Raqqa deserve a voice.

“Since the Russian airstrikes started,” he says, “we’ve lost a lot of civilians and it’s been really hard for us. We fight against ISIS ideology but with the Russian airstrikes, ISIS started to say: ‘Look at our enemy... they don’t kill us they kill you! Russians say they came to kill ISIS members but look, they just kill civilians, they hate you, so I am the best [option] for you.’”

Tim says the airstrikes by the coalition and by Russia also created confusion among some wannabe jihadists outside Syria, and an opportunity for the activists. Every now and again, prospective foreign fighters from Tunisia or Saudi Arabia mistake Tim’s group for a pro-ISIS outlet and contact them on social media.

Tim says they sometimes spend hours online arguing with them. It's hard to know how often this works but he says it’s all about telling their side of the story, any chance they can.

Later this month, they’ll do it at an awards ceremony in New York. Tim’s group is receiving a prize from the Committee to Protect Journalists.

None of the members in Turkey, or Syria for that matter can go — they don’t have passports — but a few members in exile will go.

“ISIS spreads their message to Europe and America,” Tim says. “It's important to show: So can we.”