Patrick Winstonis a researcher at MIT's Computer Science & Artificial Intelligence Lab. He believes that creating better artificial intelligence is not a matter of more powerful processing. First, he thinks, we have to teach computers how to think more like humans. 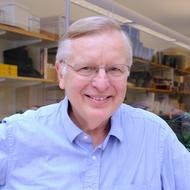 "We are a symbolic species," he says. "We painted caves early in our modern evolution. We began to develop the ability to describe events, and then we could string those events together in sequences, and those sequences became stories." And those stories allowed us to develop our intellect. "Storytelling makes it possible to teach, to learn, and to be creative."

If we want a computer intelligence to be creative, then we have to teach it to understand not simply language, but stories.

Winston has created a computer program that takes in text --- for example, a synopsis of"Macbeth"--- and extracts patterns and themes, such as the concept of revenge.

The program can evaluate situations from many points of view. Winston hopes that ability will be valuable someday to politicians and diplomats. "What we're hoping to do is to build systems one day that are as important to a political analyst as a spreadsheet is to a financial analyst," he says. "We have a system now that draws parallels between various kinds of historical events, the Arab-Israeli War and the Tet Offensive, for example. Finding those parallels could help people out of trouble."