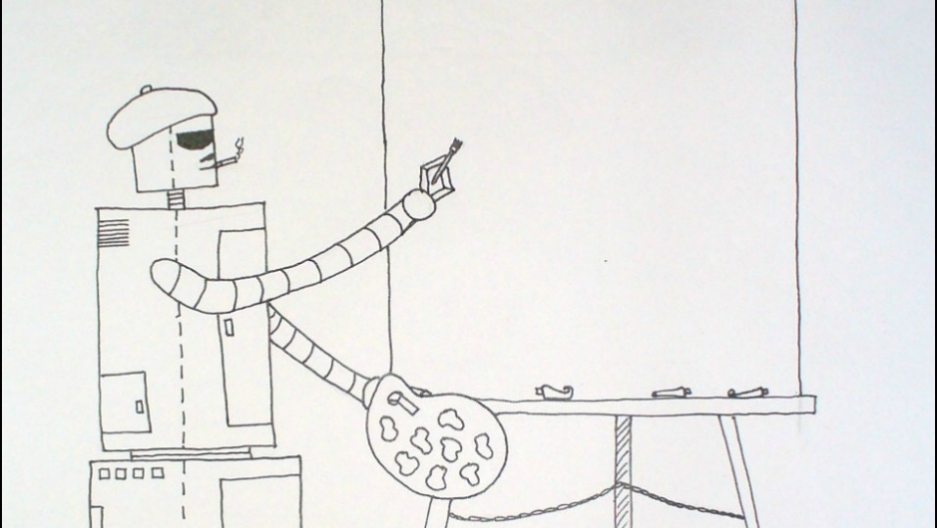 Computers have taken over an astonishing array of tasks humans used to do. They fly our planes, give us directions, recommend books, set us up on dates. But can they tell us a good story?

MeetBrutus, a computer programmed to write fiction. Through a series of mathematical equations, its programmers taught the program the basics of plot, setting, and dialogue --- as well as something about literary style. "There's a certain bag of tricks that Brutus had for saying things at the right time to convince the reader that there is something really deep linguistically going on here," says programmer Selmer Bringsjordof Rensselaer Polytechnic Institute.

The result is pretty convincing. But Bringsjord insists that the computer can't be considered creative. "The machine is just doing what you've programmed it to do," he argues. "If a machine is creative, the designer of the system --- knowing the algorithms involved --- is completely mystified by how the output came out. In my opinion, if that's not the case, then we're just cloning our own intelligence."

Stephen Thalersays he's cleared that hurdle. His Creativity Machine is an artificial neural network that's able to learn by itself, he says. Thaler's breakthrough is that he occasionally disrupts the Creativity Machine by introducing mathematical noise that trips up the system, forcing it to generate new solutions to problems. That's "where discovery takes place," he explains. "It's not in the rote memories that we have committed to memory. It's in the generalization of all those memories into concepts and plans of action."

The Creativity Machine has designed versions of all sorts of products from snack food to music to military systems. Will it soon put all of us out of a job? Many of us, maybe. But Bringsjord is unconvinced that a computer will ever be able to out-think a creative person. "Creativity is a very tough nut to crack."

Bonus Track: "The Dingularity" by Machine Intelligence, programmed by Stephen Thaler,from the albumSong of the Neurons