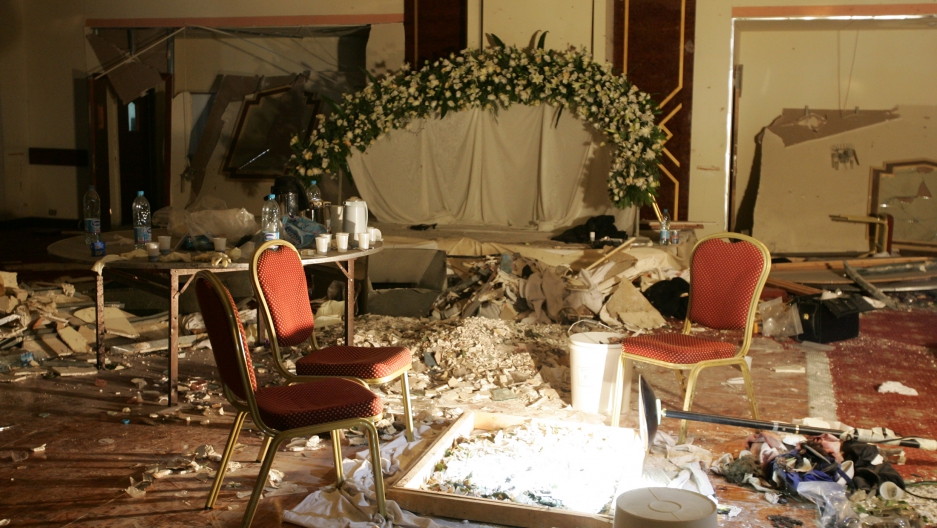 Debris lays strewn on the floor of a room being used by a wedding party following a bomb blast in the Radisson SAS hotel in Amman, November 10, 2005.

They were just about to eat dinner when a huge explosion ripped through the dining hall.

“I turned around and I saw a fireball coming down the stairwell,” recalls BBC reporter Caroline Hawley.

Not far from where Hawley was about to have her dinner, a young couple, Nadia al-Alami and Ashraf al-Akhras, were celebrating their wedding. Soon Hawley found out that their reception had also been targeted by two suicide bombers.

There were three simultaneous bombings in Amman, the Jordanian capital, on that night.

The couple survived, but they lost 27 of their family and friends. Among the dead were both their fathers.

Nadia’s mother, whose spinal cord had been severed, passed away a couple of days later. 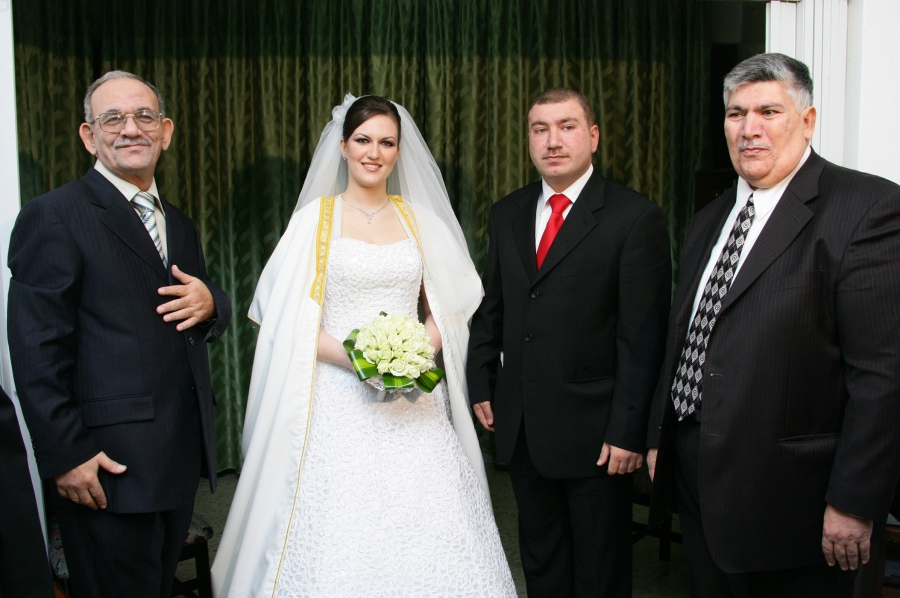 Hawley spoke to them after the horrific night.

“They were about to process into the ballroom where more than 200 guests had gathered when the bomb went off and it was only one bomb because the bomb of the female suicide bomber failed to go off,” Hawley says.

That one bomb was enough to kill about two dozen guests and cause extensive damage.

What Hawley recalls from speaking to the couple was how strong they were. “That was what surprised me the most because I was still shaken by my experience in the Hyatt which … really paled into insignificance compared to what they had been through,” Hawley says.

Nadia, the bride, told Hawley that she wanted a wedding to remember but she got what she had wished for “in completely the wrong way.”

“They talked about everything being white turning red with blood,” Hawley says.

Recently Hawley met up with the couple again. She says she wanted to see how they are doing and how they had moved on. Nadia and Ashraf now have two children. They have a girl called Hala, named after Nadia’s mother and a boy called Khaled, named after Ashraf’s father.

They told Hawley that even though they live through the pain every day, their faith has kept them going. “That’s how they’ve coped with it,” Hawley says, “their faith.”

Since then, Ashraf has gone on to campaign against terrorism perpetrated in the name of religion.