In September 1957, someone from the Lincoln Park Zoo brought a young 30-inch snake to the Chicago Natural History Museum. They asked for help identifying the snake.

Famed herpetologist Karl P. Schmidt was working at the Natural History Museum at the time, and agreed to take a look at the snake. Schmidt was a well-known snake expert, prestigious in his field, adept at identifying snakes and so successful that he even had many species named after him. 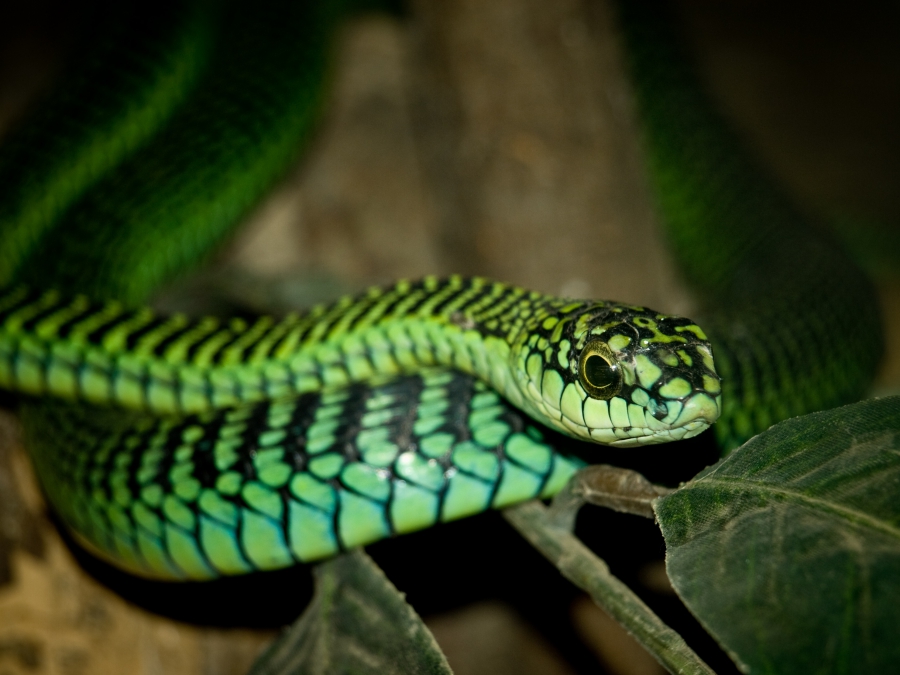 A a boomslang snake, like the one that killed Karl Schmidt.

What Schmidt did next was quite likely the move that would ultimately be responsible for ending his life. He picked the snake up for closer examination, and as he was puzzling over the specimen’s unusual characteristics, the snake suddenly darted out and bit him on his left thumb, leaving two three-millimeter deep bloody puncture wounds.

Schmidt began sucking on the wounds, but instead of seeking further medical attention, he turned to his journal, and began recording the effects the venom was having on him. Within 24 hours he would be pronounced dead.

Perhaps Schmidt didn’t believe the snake’s bite would be fatal. He took the train home from work, and continued to record the effect of the venom in his journal:

“4:30 - 5:30 PM strong nausea but without vomiting. During a trip to Homewood went on a suburban train.

9:00 to 12:20 A.M. slept well. Urination at 12:20 AM mostly blood but a small amount. Took a glass of water at 4:30 AM, followed by violent nausea and vomiting, the contents of the stomach being the undigested supper. Felt much better and slept until 6:30 AM”

After waking, Schmidt continued on with his morning as usual. He ate breakfast and continued recording his medical reactions to the venom in his journal — a curious scientist up until the very end.

“September 26. 6:30 AM Temperature 98.2. Ate cereal and poached eggs on toast and apple sauce and coffee for breakfast. No urine with an ounce or so of blood about every three hours. Mouth and nose continuing to bleed, not excessively.”

“Excessively” was the last word Schmidt entered in his diary. After lunch, at about 1:30 p.m., he vomited and called his wife. By the time help arrived, Schmidt was unresponsive, covered in sweat, unable to talk. The physician was called, and resuscitation was attempted until Schmidt arrived in hospital. By 3 p.m. Schmidt was pronounced dead from “respiration paralysis.”

The Chicago Daily Tribune reported that Schmidt was advised to seek medical help just hours before he died. But Schmidt refused, saying “No, that would upset the symptoms.”

Some believe Schmidt’s death was a case of curiosity killing the scientist. Others, however, note that, being an expert herpetologist, Schmidt would have known that boomslang antivenom was available only in Africa. In other words, there is a possibility he simply accepted his death.

In either case, as noted by Science Friday producer Tom McNamara, Schmidt, at the edge of his own death, did not shrink back. Instead he “jumped into the unknown.”