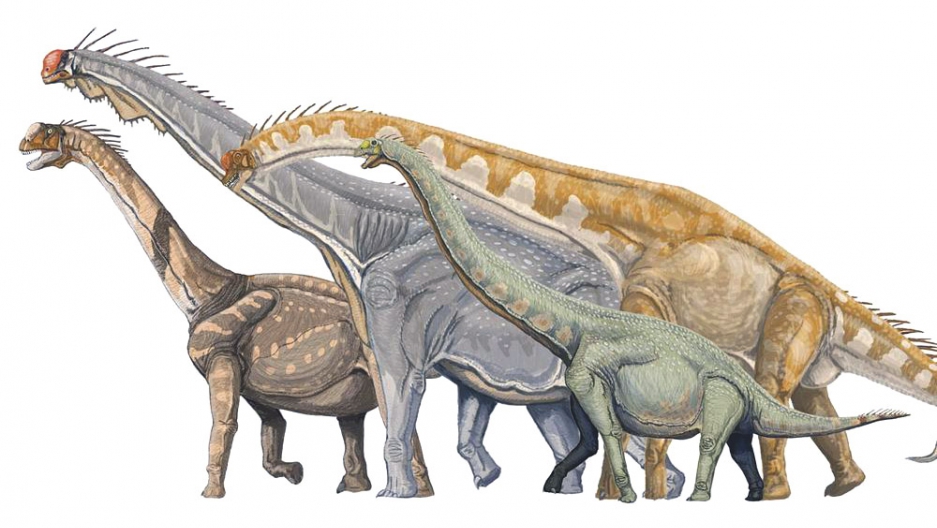 Scientists generally concur that the dinosaurs were killed off by a giant asteroid that struck Earth tens of millions of years ago. But what sent the asteroid hurtling this way?

Harvard University physics professor Lisa Randall has a creative new theory. She points the finger at a cluster of dark matter, a gravity-like force, as what sent an asteroid missile toward Earth.

Dark matter is not something most people think about a lot — if at all. Randall, however, says the role of dark matter is vastly under-rated.

“You know, dark matter, we ignore it a lot of the time, but it actually was responsible for things like structure in the universe, forming galaxies in the lifetime of the universe. It’s pretty important and it has an important role today in that it's kind of holding everything together,” Randall says.

Dark matter is invisible, difficult to directly detect, and makes up over a quarter of the universe. It’s also, Randall theorizes, responsible for the catastrophic collision that extinguished the dinosaurs.

Randall speculates that a small fraction of dark matter has interactions with the matter around it in ways, other than exerting a gravitational-like pull.

“It would have this amazing implication, which would be a dark disk that sits inside the mid plane of the Milky Way. And that could have a gravitational force that also affects the motion of stars, and also could conceivably dislodge comets from the distant Oort cloud,” Randall says.

She illustrates her theory with a word picture: “Let's just picture a big plane and something's just circling around it. But sometimes it's above it, sometimes it's below it, and to get from the top to the bottom it has to go through it. And every time it goes through, which we postulate happens about every 30 or 35 million years, every time it goes through it's going to hit this disk of dark matter. And at those times the gravitational force will be enhanced.”

This enhanced gravitational force, Randall says, could be what yanked a few enormous asteroids from interstellar space and sent them on their way. Randall says Earth’s geologic and fossil records support her theory.

"You can go to look on the web and go to the Earth Impact Database and find the big craters that have been found on Earth. If you focus on the big craters, that is to say ones say bigger than 20 kilometers, you find that it looks like there's a bit of an enhancement every 30 million years,” Randall says.

She is working on testing her theory using the Gaia satellite, an instrument meant to measure the position of velocities of some billion stars in the Milky Way.

“If you know the shape of the galaxy, if you know its gravitational potential, you then can determine what is the motion of the stars. So actually by doing these precise measurements of the position and velocity of the stars, we're going to be able to reconstruct what the galaxy looks like and see if this dark disk is there,” Randall says.

Randall has written a book on her theory called “Dark Matter and the Dinosaurs: The Astounding Interconnectedness of the Universe.”