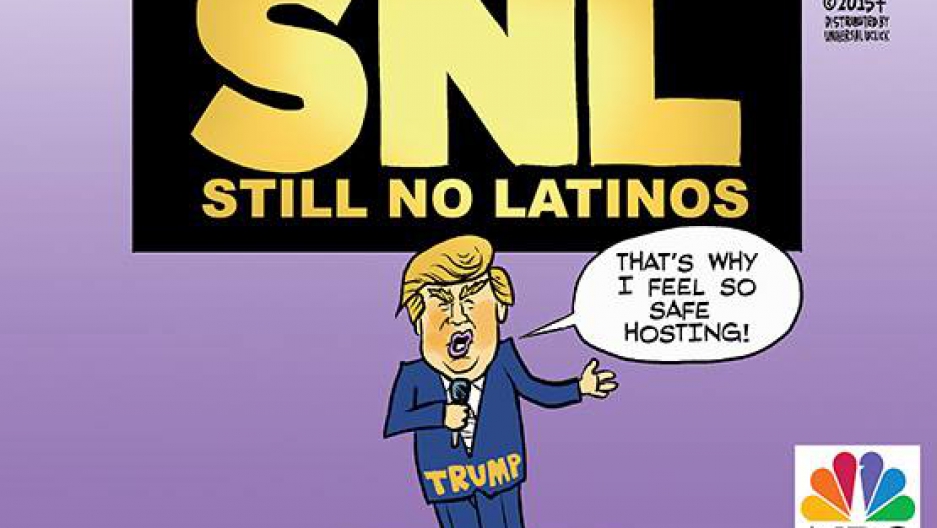 Donald Trump is slated to host Saturday Night Live on Saturday — which has led to protests.

A Latino advocacy group says it will pay an audience member of Saturday Night Live $5,000 to scream at Donald Trump on stage during the show.

The group, called Deport Racism, wants an SNL audience member to yell at Trump — calling him a racist while he is on stage. The GOP presidential candidate is slated to host the show this weekend.

His planned appearance has led to protests demanding NBC remove him from the show. Trump's famous speech calling Mexican immigrants rapists who bring in crime spurred Macy's to dump his merchandise, and NBC to keep him off the air — at least for awhile.

Saturday Night Live has had only two Latino cast members during its' 40 year history, Fred Armisen and Horatio Sanz.

"Not one Latina has been on the cast, which is kind of crazy when you think about it," says Lalo Alcaraz, a political cartoonist and TV sitcom writer. "They have a blind spot for minorities on the show, especially minority female comics of color."