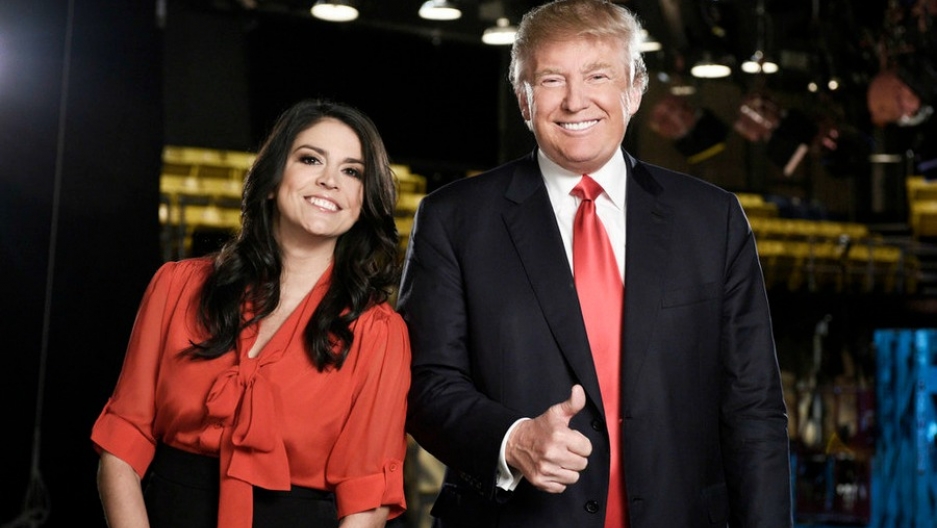 Ever since Chevy Chase first stumbled onstage as Gerald Ford40 years ago, "Saturday Night Live"has been shaping our national political conversation. And, early on, real-life politicians started making appearances in hopes of demonstrating that they're in on the joke. But "SNL"'s decision to have Donald Trump host this week's show caused astir. Last summer, the show's network, NBC, tossed Trump off "The Apprentice,"and cancelled the broadcast of his Miss Universe Pageant, because of his disparaging remarks about immigrants.

Jim Downey is the former "SNL" head writer responsible for much of the show'spolitical humor over the last 40 years--- including the last time Trump hosted the show in 2004.

Kurt Andersen: When presidential candidates come on, is that different than the negotiations with a celebrity, an actor, or a musician?

Jim Downey: Well, in those cases they might have a lot more handlers, there are like five or six people in suits who trail along with them and you often don't get an immediate response. And then the next day: "Yeah, we're not real comfortable with that, it's kind of a problem for us."

If you were there running the writers' room, is there a class of joke about Trump that you would veto immediately?

There are obvious areas a writer may want to go that are also areas where Trump would obviously be a non-starter: going after him aggressively on his comments about Mexican rapists or something. But there are related areas that you can get into. I think that he would be willing to do certain things about his personality. You know, the way he says, "They love me, I'm hugely popular." There's something funny about that, that I'm sure he has to recognize.

If you were still at the show, which Republican would you be dying to win the nomination for your comedic purposes?

The guy who's the most interesting is Ted Cruz, as a person to make fun of. The show has not really done Cruz yet and there's just something really strange and weird about that guy that just has not been mined.

In honor of the new election season, we've made a rundown of "SNL"'s best political sketches --- you can watch them all here.