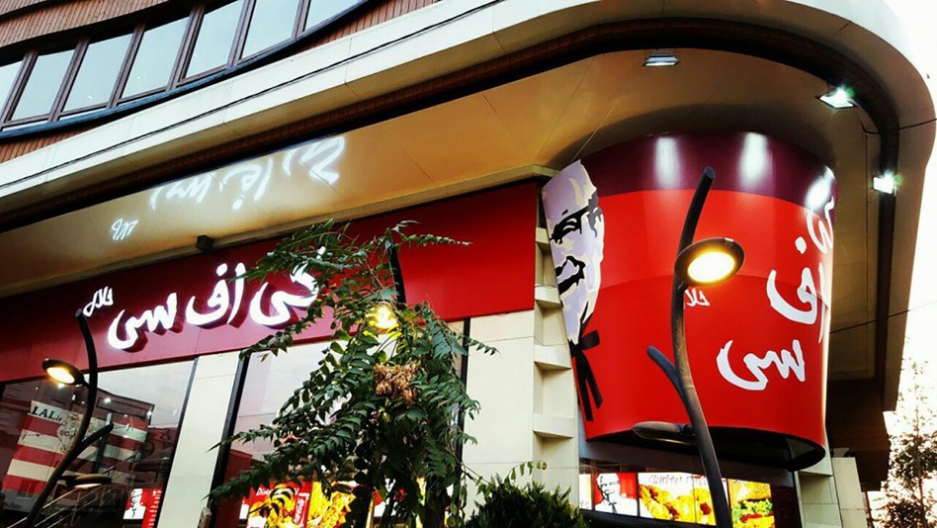 Managers of the fake KFC in West Tehran thought they had obtained approval from the country's Ministry of Industry, Trade and Mines.

How do you say "finger-licking good" in Persian?

Tehran residents had a chance to find out this week when a bootleg Kentucky Fried Chicken franchise opened up in the Iranian capital.

About 24 hours after serving its first customers, Iranian police shut down the knockoff KFC outlet, citing lack of correct paperwork.

"We were going to have breakfast and it was too early to have a fried chicken and then in the evening when I went there it was closed," says a Tehran resident who uses the name Behzad and lives around the corner from the KFC knockoff. "It was a big shock to me that they closed it down."

Behzad says the dispute over the fake Iranian KFC outlet is actually about much deeper divisions. Six days ago, an Iranian-American businessman was jailed with little official acknowledgement, raising concerns about some sort of backlash following the nuclear deal between Iran and the US and other Western nations.

"I think it's the power-juggling right now in Tehran. The doors are opening and everybody wants their share of the pie," he says. "With these kind of outlets, it's not a matter of do people want it or don't want it. It's a matter of who will own the franchise or the master franchise."

Western fast food has long been popular in Iran. While Behzad admits it's still the case that "no Iranian can live without a kebab," he says sandwiches, pizzas and shopping mall food courts are all gaining in popularity.

When knockoff American franchises try to enter the Iranian marketplace, they receive plenty of scrutiny. But their European counterparts receive far less media attention for their overtures, according to Behzad.

"All the big hoopla is about the American companies," he says.

Authentic KFC branches were popular in Iran before its 1979 Islamic Revolution.  Now KFC officials in the US say no franchise rights had been granted to any parties in Iran.