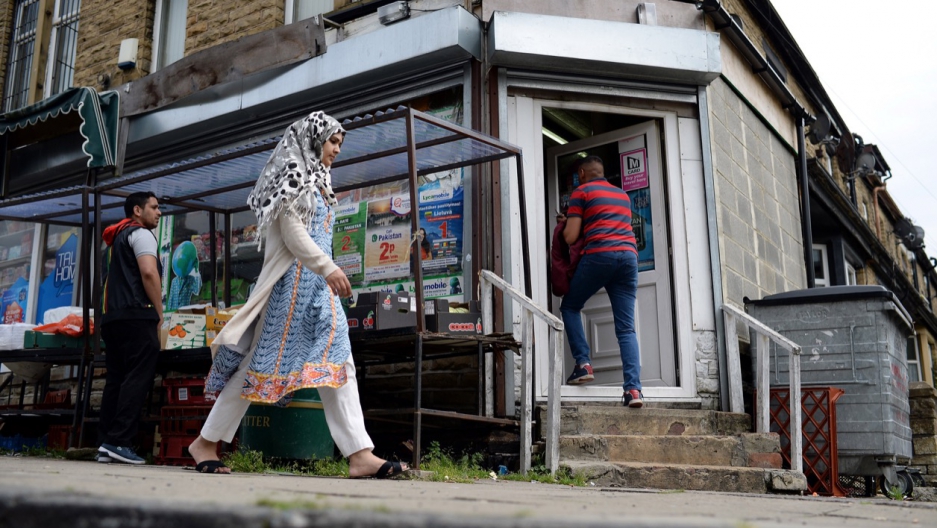 BRADFORD, United Kingdom — Bradford’s skyline, enveloped by dusky, rolling hills, is an emblem of British imperial history. Tall thin chimneys protrude from neighborhoods all around the city, relics of textile factories that in the British Empire’s heyday gave Bradford the sobriquet, “Wool capital of the world.”

In the foreground are turquoise domes and jagged minarets of some of the largest mosques in the country — the legacy of mass immigration from Pakistan and Bangladesh as the empire began to disintegrate during the 1950s.

As thousands of refugees, mostly fleeing war in Syria, Iraq and Afghanistan enter Europe every day, the British government has largely eschewed accepting meaningful numbers. It's elected instead to funnel aid money into the Middle East — it's the second highest bilateral donor supporting Syrian refugees in the region after the United States.

Under the Vulnerable Persons Relocation Scheme (VPRS), the UK has resettled about 216 Syrians transported directly from camps in Lebanon, Turkey, Jordan and Egypt since January 2014.

Then in September, Prime Minister David Cameron buckled under pressure after photos emerged of a 3-year-old, Alan Kurdi, drowned on a Turkish beach. Cameron reluctantly announced the UK would take in 20,000 more Syrians over the next five years. 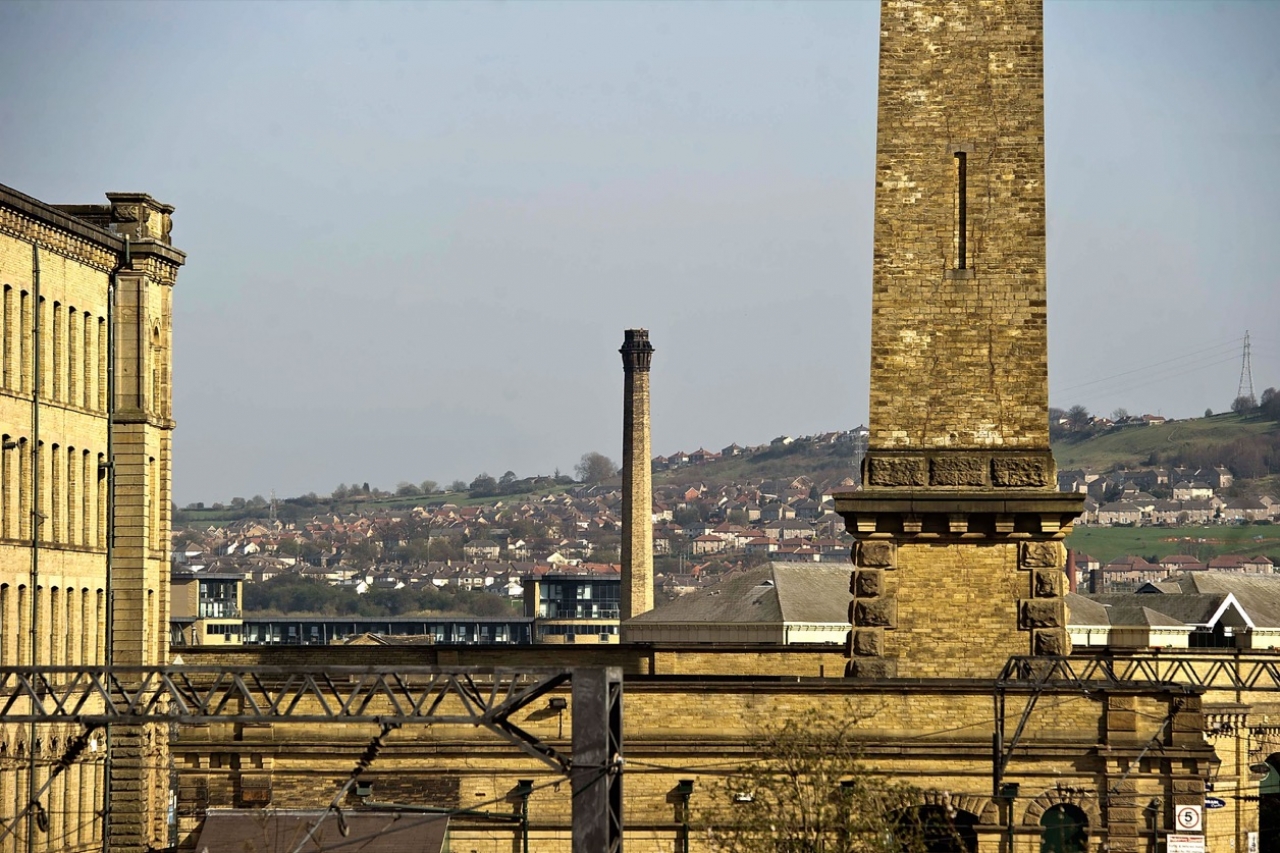 Bradford, a city in West Yorkshire 200 miles north of London, was the first to sign up to VPRS. Now it hosts 106 Syrians — more than anywhere else in the UK — and proudly declares itself a “city of sanctuary,” ready to accept even more.

However, Bradford has also recently made the news for its darker connections to the Middle East.

In June, the quiet cul-de-sac of Hope Avenue was thrown into disarray after resident Zohra Dawood along with sisters Sugra and Khadija abandoned their husbands and traveled with their nine children, between 3 and 15 years old, to join their militant brother in Islamic State-occupied Syria. In October another Bradford family, including five children, disappeared to make the same trip, according to relatives. Don’t Syrians fear coming to a town that media say is exporting fanatics to their country?

Patricia Tshomba, project coordinator at the charity Bradford Action for Refugees, is skeptical.

“I don’t think [the Syrians] spend their time thinking about who’s going over there, they just want their life sorted here,” she says.

Ever since the decline of its industry, Bradford has struggled to regain its fortunes and now has one of the highest unemployment rates in the country, an obstacle that refugees try to overcome, Tshomba notes.

“[The refugees] wonder why they can’t continue the professional job they had in Syria. But it just doesn’t work like that. The expectation and the reality is miles apart,” she says.

“I think this is a comfortable place where people feel at home quite quick but on the flipside there are no jobs,” Tshomba adds. “But knowing what I know about the Syrians, in a few years these people will create jobs for people in Bradford, that’s for sure.”

Joudy Habash, 21, a Kurdish-Syrian from Aleppo, just got a barista job in a cafe, which he fits in around his college work. Next year he will begin a degree in peace studies at Bradford University.

When he arrived earlier this year, Bradford was a culture shock.

“On my first day I just went to the town center and looked at people. Bradford’s a big mix of people from all over. Sometimes you feel like you are not in England!”

Despite only living here for barely a year, Habash’s English has adopted a touch of the local Yorkshire accent. He also speaks his native Kurdish, and what Arabic and Turkish he picked up working in the southeastern Turkish city Gaziantep as a fixer for CNN and other international organizations.

“One challenge is when you meet people and they know you are from Syria and they start to ask you about the situation, about ISIS and if you are a fighter here. It’s really hard to explain that Syrian people are not extremist and what you see on TV is not Syrian people. But most people here just treat you normally, as you are, they don’t ask your religion. I have seen more mosques here than in my neighborhood in Aleppo!” 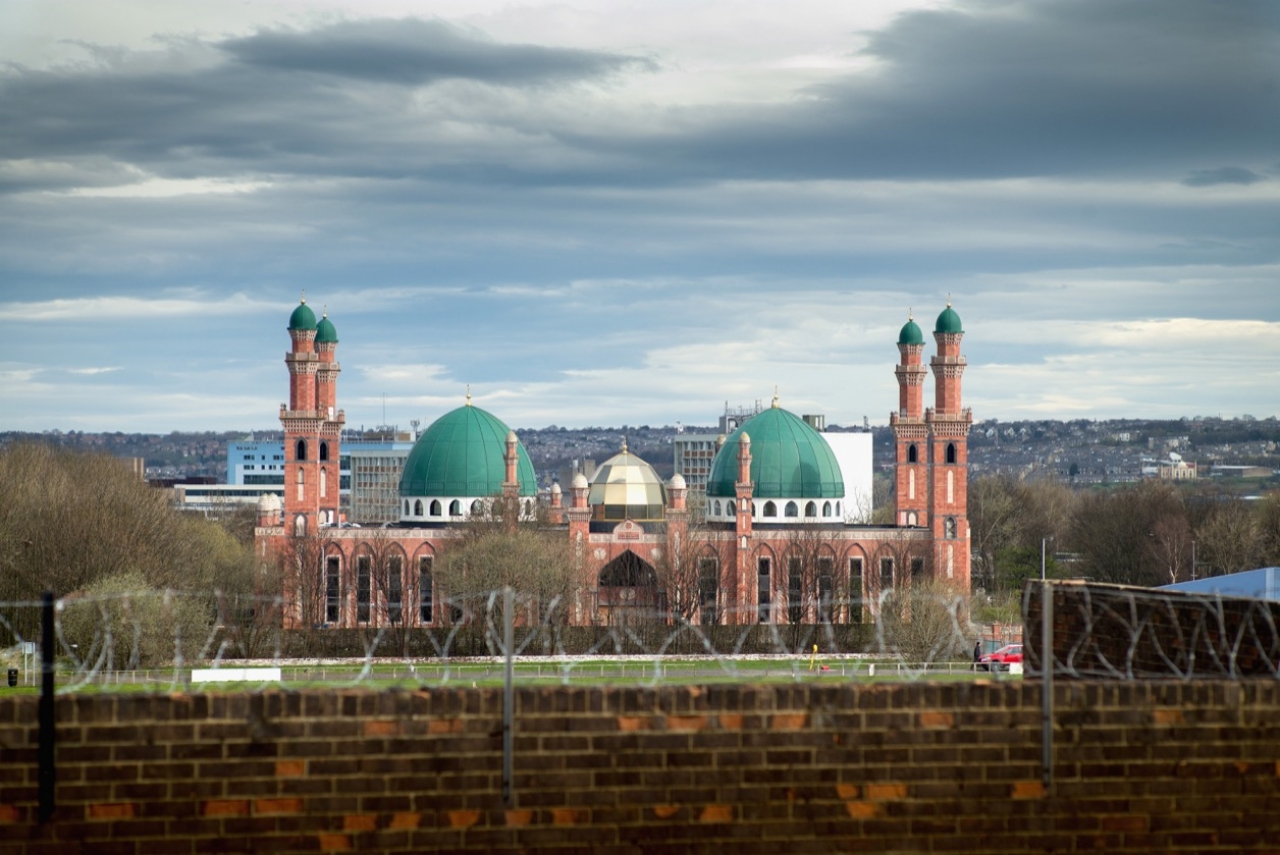 The grand mosque in Bradford, England.

Habash has a point. The United Nations recently estimated that more than 20,000 foreign fighters were battling alongside the Islamic State in Iraq and Syria, many from Western countries.

Mohammed Iqbal, president of the Ahmadiyya Muslim Association, sits in his office in one such mosque, the sand-colored Al Mahdi, from its hilltop position visible from most points in the city. Worshippers, the majority of Pakistani heritage, shuffle in for Friday prayers.

Iqbal strikes a mournful tone: “To be honest, when all the media jump on Bradford, I find it painful. I don’t want my city just to be associated with extremism, I want it to pick on our art, our culture, our good relations, some of the good business prospects we have. But we don’t get that, no one comes to Bradford when it comes to reporting those positive stories.”

Iqbal admits that segregation blights many parts of the city and that some migrant communities’ ‘cultural baggage and inhibitions’ can lead to intolerance. But he believes that the government is often misguided in its approach toward remedying the issue.

“I think there is a community cohesion agenda of how to live and behave and how to appreciate the values of a country like this. And then there’s issues around extremism and terrorism that have an international dimension and what you’re doing in relation to military adventures and [the government] mixes the two unfortunately too much.”

The UK Home Office, which oversees things like migration, the police and anti-terror departments, recently unveiled new counter-extremism measures to be enacted imminently that include seizing the passports of teenagers suspected of wanting to travel to Islamic State-held areas. Naz Shah, a member of Parliament for Bradford West, is concerned that nobody in her constituency has been consulted and that the proposals risk alienating Muslims.

“The biggest trouble for me in the first months of my appointment is to try to understand why any mother would take their child and put them in harm’s way. We can’t police people’s thoughts, we need to produce a counter narrative and equip our young people with the critical thinking skills to be safe online,” Shah says.

There are green shoots of recovery in Bradford. Downtown there are shiny new shopping malls and a media museum, as well as a visible presence of international students.

But the periphery tells a different tale. Sari shops and halal butchers sit in the shadow of mothballed mills and factories. An almost all-white clientele at dive pubs rubs up against bustling Mecca travel agents. Many here speak of parallel communities who barely ever meaningfully interact and whose children are educated in different schools, expanding the ethnic divide. Cameron recently called Bradford one of the “most segregated parts of our country.”

At the charity Bradford Immigration and Asylum Support and Advice Network (BIASAN), a group of Zimbabwean women stirs giant pots of lamb stew and the steam rises high up to the rafters. Asylum seekers spill out of a tiny room where an English class is being conducted.

Nadia Alyounes, 43, fled the Damascus suburbs initially to Iraq, before leaving after IS took over major cities. She was relocated to England with the help of the United Nations. Her 15-year-old son is slowly adapting.

“He likes football. At school they call him the Syrian Ronaldo!” she says, referring to the Portuguese soccer star. “English people have a good heart.”

“The job center only offers them jobs as cleaners. Hah! They are educated!”

The sisters were relocated from a refugee camp in Beirut to England only to be told — to their despair — it would be impossible to also bring over their parents because the sisters were over 18.

Alma explains: “We are always sad because we miss our mum and dad. Our father wanted to come to Europe but the sea is too dangerous, we did not allow him to do that, but they are in Syria now, and there is not much time ….”

Nadia leans back and raises her hands.

“I read many stories about the First and Second World Wars and what happened to England. Families, soldiers going to war, no safety, millions of people dead. What’s the matter with us?”

Outside the support center, Habash talks with a 32-year-old refugee named Mahmoud, who rubs his hands in the cold night air. He abandoned a successful car rental agency in the Syrian city Raqqa after IS began to advance. He crossed Europe, eventually arriving at the French port of Calais. On the 15th day of trying, he paid a smuggler $3,500 to board a truck that went through the Eurotunnel and eventually to London, where he handed himself to the police. He was transferred near Bradford, and is awaiting an interview with the Home Office to determine his status.

Far more Syrians enter Britain irregularly than are offered sanctuary. In addition, police estimates suggest at least 700 UK citizens have gone to fight for IS in Syria — more than triple the amount of Syrians that Britain has resettled since 2014.

Around 5,000 Syrians who managed to reach Britain have gained asylum here since their country's civil war began in 2011. Habash is perplexed by Europe’s attitude toward people fleeing Syria.

“The weird thing is that the politicians come on TV and say ‘we can accept people’ but you have to make your way here first. If you die, you die. But if you arrive, welcome we will give you leave to remain!’ What is this?”

While that may be true for some leaders, Britain's prime minister made the big exception that the UK would not welcome Syrians who’d already entered Europe, preferring instead to resettle refugees from Middle East camps.

In a short time, Habash has already made some friends, gained employment and will start higher education soon. Yet still, belonging is an elusive feeling, and he thinks a lot about his previous life, particularly his parents still in Aleppo.

“Moving to this country, the challenge — apart from the weather — is to move your mind. You are here and you are safe but you still need to bring your heart, you know?”