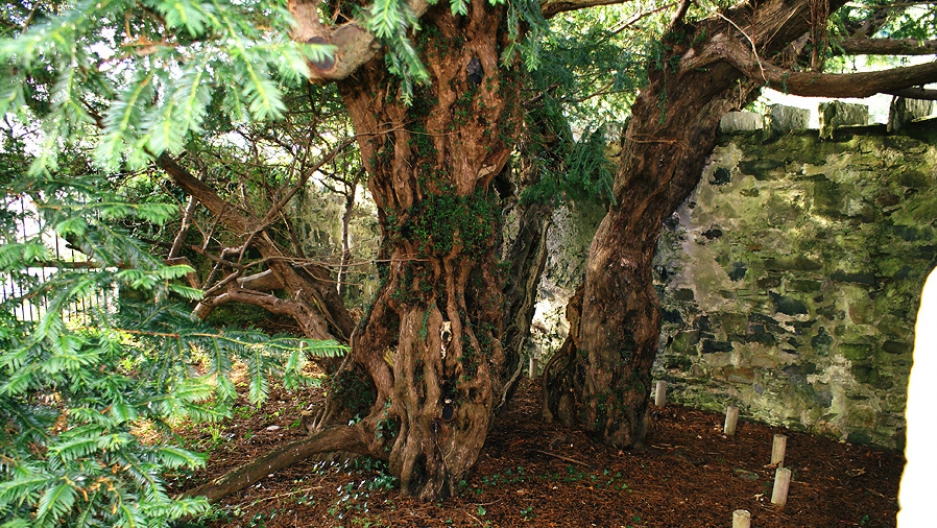 The original size of the tree's trunk is marked by wooden poles.

The Fortingall Yew, one of the oldest living organisms in Europe, may be undergoing a sex change.

The tree in Scotland — which by some estimates has been male for nearly 5,000 years — was recently found sprouting red berries. The berries are female.

"They're there to attract birds to eat them and disperse the seeds," says Dr. Max Coleman, a Botanist at the Royal Botanic Garden in Edinburgh, who first spotted the berries on the ancient Yew.

Many plants have male and female parts, but the ancient Yew is usually one sex or the other. Not both. So what happened? It could be an evolutionary strategy to keep the ancient Yew living even longer, says Coleman.

"It might be that occasional switches of sex can maximize the reproduction potential," he says of the of evergreen tree.

Still, the sudden apprearance of female parts on a tree thousands of years old is a mystery.