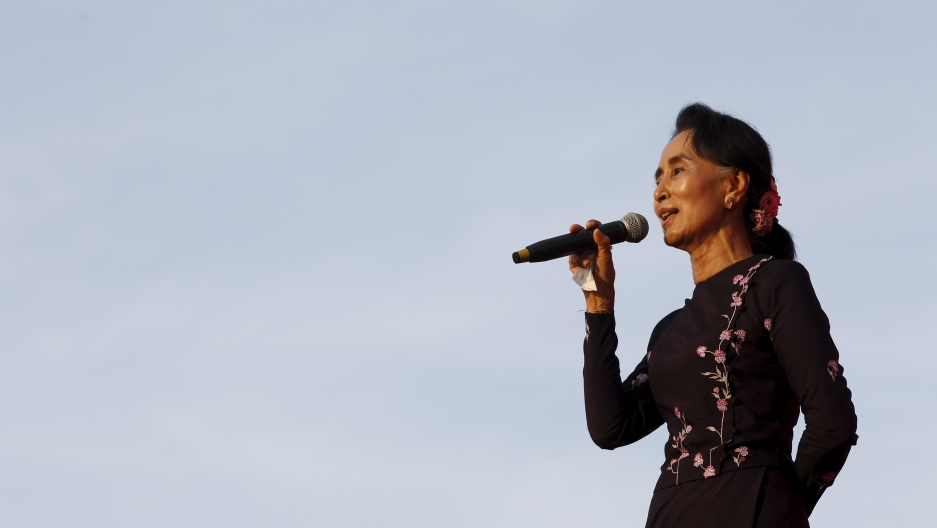 The opposition leader in Myanmar, Aung San Suu Kyi, has vowed that she will run the government, if her party wins elections Sunday. She says she will be "above the president."

Suu Kyi, a Nobel Peace Prize winner whose father won independence for Burma from the British, is barred from running for president. Why? Because of a constitutional provision that bars people with foreign children from becoming candidates. Suu Kyi has two children who are British, as was her late husband.

“That clause in the constitution,” says Global Post journalist, Patrick Winn in Yangon, “was specifically put in there to prevent her from being president.”

The election is the first since the formal end of military rule in 2011. The army had run the country for five decades had had kept Suu Kyi, hugely popular, under house arrest for years. It still wields enormous power.

“What she’s saying,” says Winn, “is that I know the country would like for me to be president. I know that you would like to elect me. And I know the military won’t let that happen. But we’re going to get around that anyway, and I’m going to be your real leader. I’ll really be calling the shots, even though I’m not in the presidency.”

It’s conceivable under Burma’s complicated political system that the military-backed party might still win the presidency, even if Suu Kyi’s party wins the popular vote.

Her comments are a direct challenge to the power of the Burmese military.