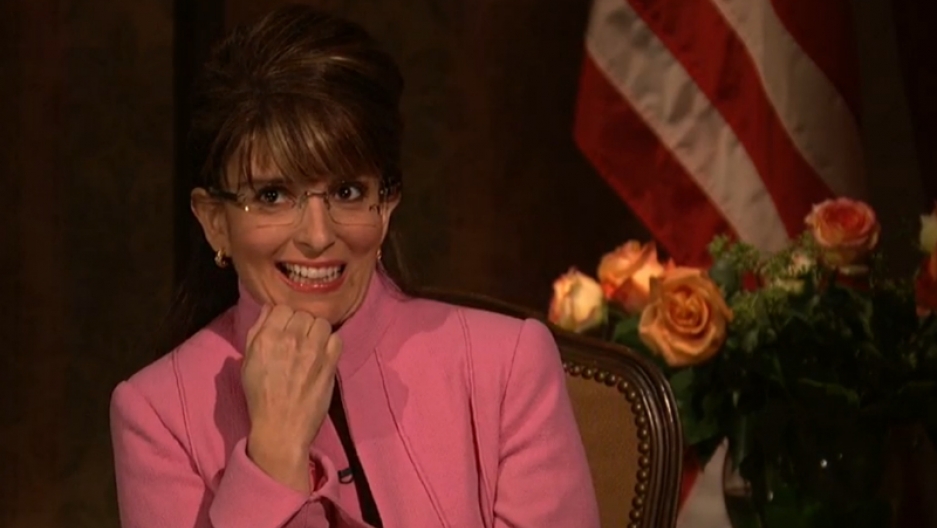 This weekend, Donald Trump is scheduled to take the stage of Studio 8H to host Saturday Night Livefor the second time. In case you hadn't heard, Trump is also currently running for President, which has led toquite a bit of criticism for NBC and Lorne Michaels. As of today, it seems like SNL will be sticking totheir guns. But Trump's appearance is just the latest installment in a long history of edgy political humor on the show.

Former SNL political writer Jim Downey will talkwith Kurt Andersen on our show later this weekaboutsatire, politics, and the sometimes uncomfortable peacebetween the two. In the meantime, here's a look back at some of the show'sgreatest political sketches.

The one that started it all: Chevy Chase sets the tone with his incredibly good-natured caricature of Klutz in Chief Gerald Ford.

In which POTUS talks a caller down from a bad acid trip. (Note that Dan Ackroyd didn't bother to shave his mustache for this impression of the clean-shaven Carter. We've come a long way.)

Lorne Michaels remembers how difficult it was to lampoon Reagan, whom the public already sawas an actor with a deliberately crafted public persona. SNL writers Jim Downey and Al Franken finally crack the code here, with the help of Phil Hartman's flawless performance.

"I can't believe I'm losing to this guy!" very well might be the most memorable quote from Michael Dukakis' run at the Presidency, but the line actually belongs to Jon Lovitz.

"Jim, let me tell you something. There's gonna be a whole bunch of things we don't tell Mrs. Clinton."

Jim Downey continues to blur the line between satire and reality, coining the fake Bushism "strategery," which quickly gets swept up in a deluge of real ones.

SNL goes sci-fi with a speech from our alternate-reality Commander in Chief.

The CNN moderators make no attempt to hide the fact that they are "totally in the tank" for Senator Obama -- a phrase that somehow becomes a part of the national discourse almost immediately.

Got another favorite SNL political sketch? Tell us in the comments.