Zines have been one of the hallmarks ofDIY, alternative culture since the 1970s --- although they really started to catch on with the rise of riot grrrl zines in the '90s. Which is apparently long enough ago that some libraries are starting to archive them as part of theircollections. (This is where you start feeling old.) I discoveredBarnard College's excellent list of zine archivesaround the country, which lead me to theQueer Zine Archive Project.

Unlike most of the other zines, this document is part indie-pride essay, part catalogue. It was written by one of the foundersof the record label of the same name, and opens with the history of the label. KRS playeda pivotal rolein the Olympia, Washington music scene starting in the early '90s; this zine started in the winter of 1995. 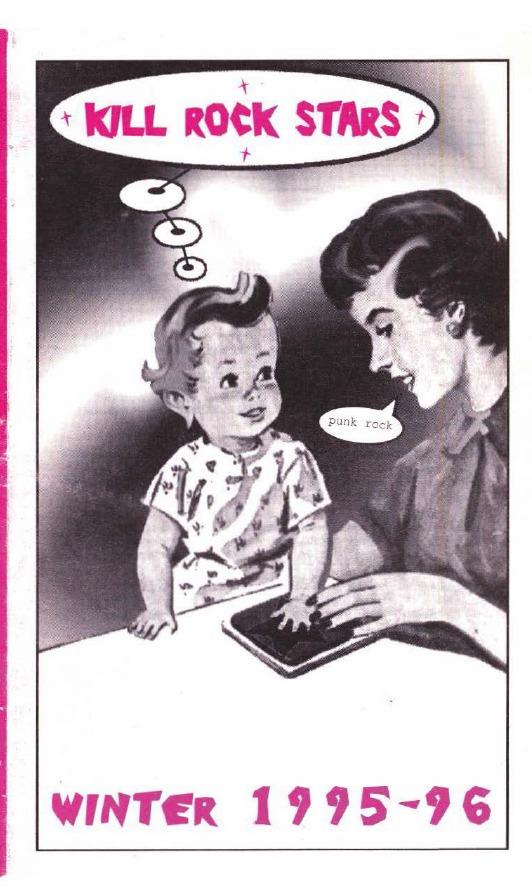 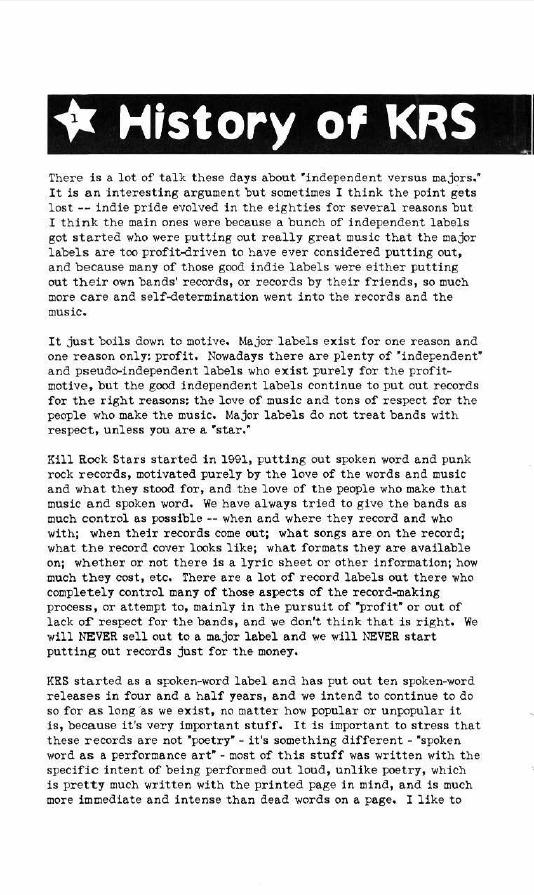 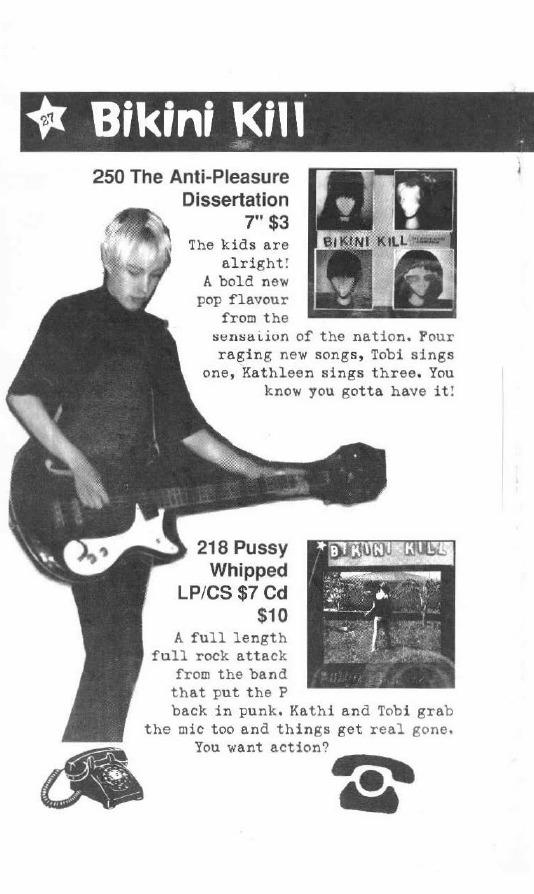 QZAP describes Cowgrrrl Inkas "a hotbed of feminist and lesbian activism coalescing around a group called The Cowgrrrls." The first issue is a call to action and includes an alternative Pledge of Allegiance, a speculum primer (you read that correctly), and some (sadly) still-timely words about fighting for equal wages. 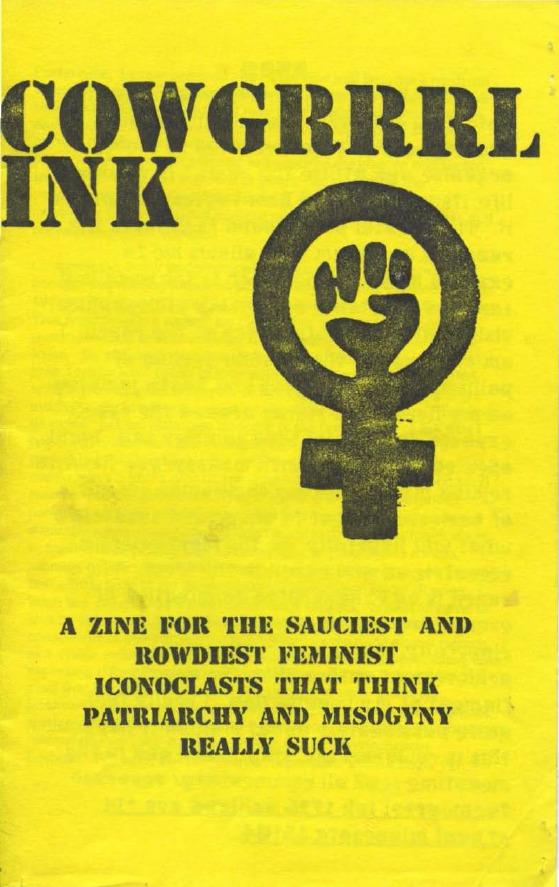 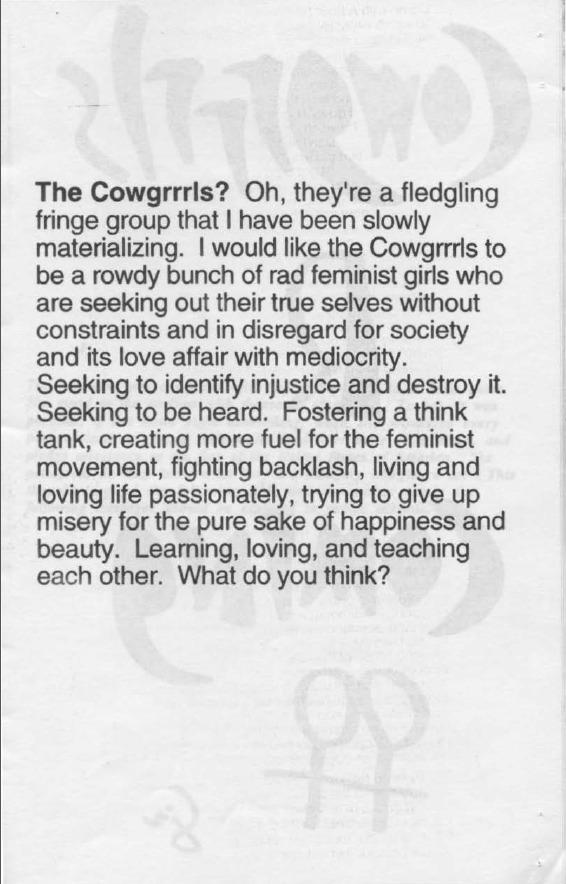 A zineabout obsession. The writing is charming, and offers this second-person description of a truly psycho fan:

You find your way into the lives of real actual STARS! Sitting on the side lines just ain't enough for you! And why should it be?! Maybe your entire wall is filled with pin-ups of just one star! Your all time favorite celebrity! Maybe you've gotten yourself into trouble with your infatuations. People are worried, baby. But you should give 'em something to REALLY worry about! Tonight --- your star will be yours!

Psycho #1 Fan also ran charmingly earnest interviews with real musicians.Some questions: "What is the best rumor you've heard about yourself?" and "What were the best insults called out at you throughout your life?" Great conversation starters that will never get old. 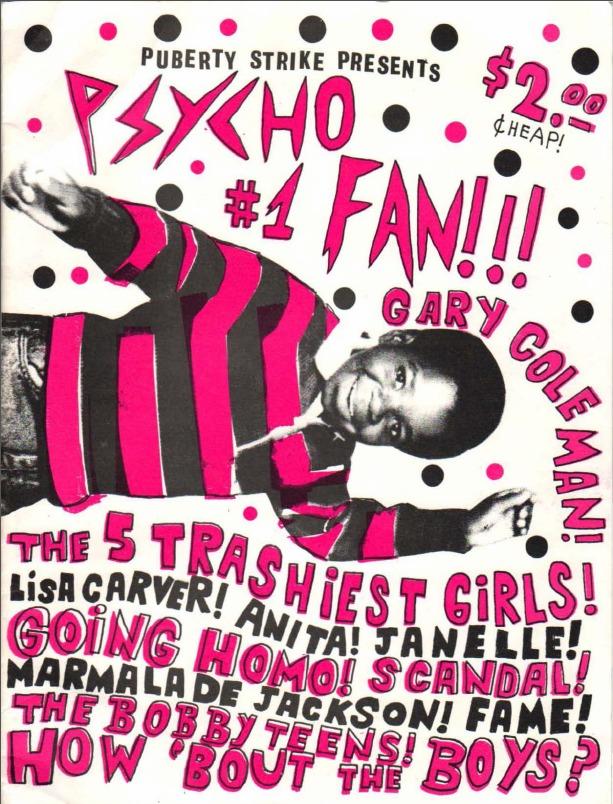 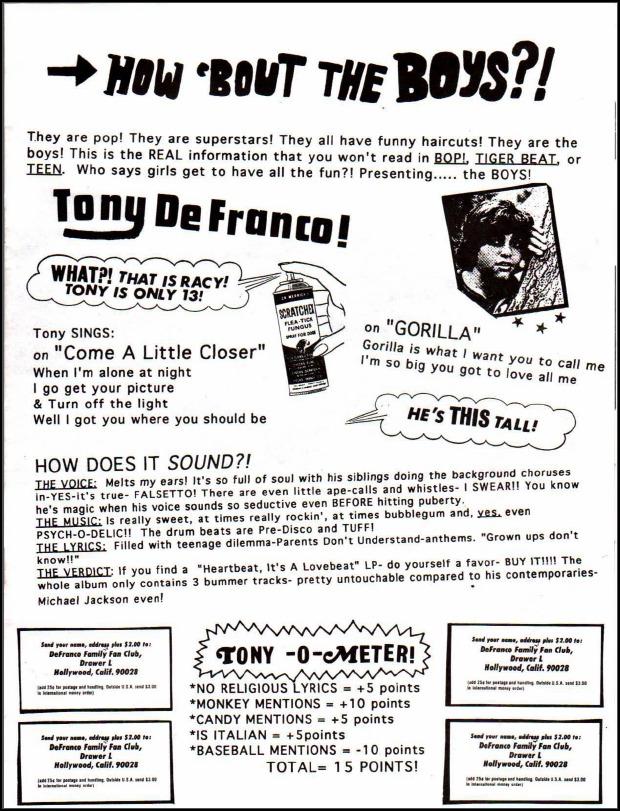 A review from Psycho No. 1 Fan --- the star rating system is a model for all reviews
(Seth Bogart)