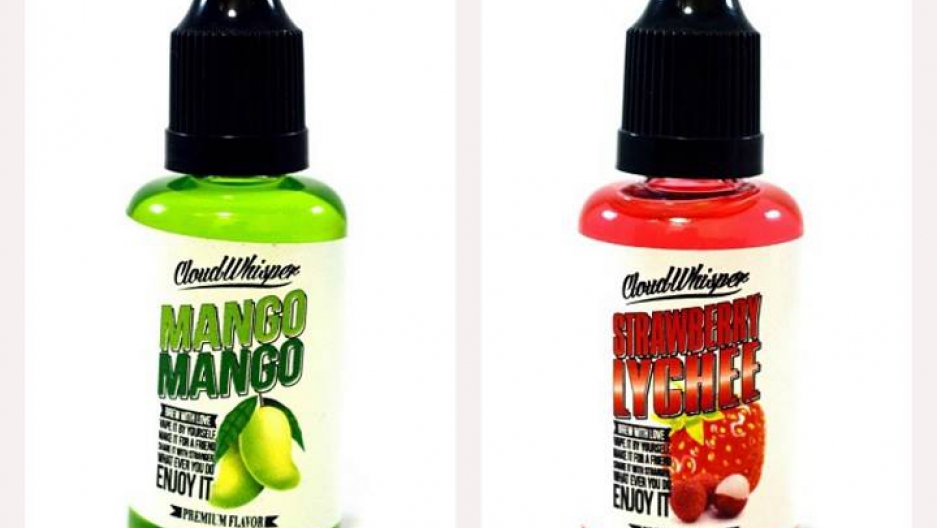 BANGKOK, Thailand — In Islamic Malaysia, where booze and pre-marital canoodling is taboo, the primary vice is food. Even the pious can indulge in their nation’s culinary paradise, rife with succulent fruits and curries (and tragically underrated on the world stage).

The nation’s other big vice? Tobacco, a habit enjoyed by nearly half of adult Malaysian men. So perhaps it’s no surprise that Malaysia’s biggest new craze involves combining the twin pleasures of flavor and nicotine.

Puffing e-cigarettes, better known as vaping, has exploded in popularity across Malaysia. Stroll through the capital, Kuala Lumpur, and you’ll encounter loads of young men sucking on plastic wands and blowing clouds of nicotine vapor into the soupy air.

More from GlobalPost: Meth is cheaper than a meal at Burger King in much of Asia

The homegrown vape flavors offer a tiny window into Malaysia’s nuanced food culture. They include lychee as well as salak, a native fruit with prickly serpentine skin.

There’s even vape juice imitating Teh Botol, a sweet jasmine-tinged tea brand that dominates the regional soft drink market. Vapers can also inhale the flavor of “sirap bandung,” a beloved hot-pink drink made of condensed milk and rose water.

“One of our best sellers is mango lassi,” says Zachary Oh, CEO of Vape Empire Malaysia, one of the nation’s largest vape supply chains with 60-plus outlets. “It actually gives you the creamy effect of lassi [a yogurt drink] with all the mango sweetness too.”

How exactly do vape chemists, known as “brewers,” instill yogurty mangoness in a nicotine-laced liquid? “Go ask the brewer,” Oh says. “I can’t talk about their secret recipes.”

"Vaping is just too common to be haram."

“It’s not brewed in someone’s backyard,” he says. “Yes, four or five years ago, you had people brewing in kitchens.” But today, according to Oh, brewers are spending tens of thousands of dollars to build proper facilities.

“They’re challenging themselves to come up with new flavors that people can relate to.” Malaysian tastes are even going global: Vape Empire now exports to more than 20 countries.

Promoters of Malaysia’s vape trade have claimed their industry is worth $117 million and comprised of 1 million vapers, amounting to the second-largest vaping industry in the world. (America, where 20 million have vaped, is the undisputed industry leader.)

These big claims may be inflated. The United Kingdom has an estimated 2 million vapers, and France and Germany boast large markets as well.

"I'd be somewhat surprised if Malaysia was the second-biggest market in the whole world," says Barnaby Page, an editor with ECigIntelligence, an independent service that tracks market trends in the e-cigarette industry.

"What we do know, however, is that it has one of the more active vaping scenes in East Asia,” Page says. “And, equally importantly, regulation of the Malaysian market appears to be imminent.”

Vaping has already been declared “haram” — or forbidden under Islam — by Malaysia’s religious authorities. It joins a litany of prohibited acts including yoga, death metal, wagyu beef and Valentine’s Day.

More from GlobalPost: Moderate Malaysia has so many fatwas there’s a website to keep track of them

These orthodox declarations by the state-backed fatwa council, known to inspire eye-rolling even among Muslims, are not necessarily binding. Cigarettes, smoked with abandon in Malaysia, are also declared haram.

But proposals to ban vaping are indeed circulating in Malaysia’s parliament. This has inspired a Malaysian vape advocacy group to promote a nuanced interpretation of the fatwa: The “haram” label should not apply to current smokers who seek out vaping as a much less dangerous substitute.

“We’re promoting it as a healthier alternative to cigarettes,” Oh says. “It’s not all about the cool factor. Besides, our main customers are our Muslim brothers. Vaping is just too common to be haram.”

But the fatwa and threat of prohibition have hardly stopped vape juice brewers from churning out a deeper menu of flavors suited to Southeast Asian tastes.