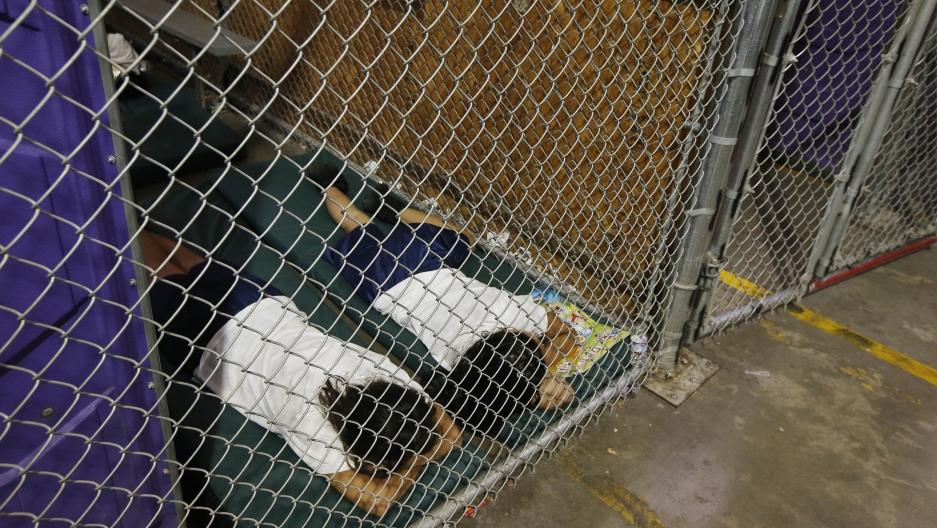 Two female detainees sleep in a holding cell at the US Customs and Border Protection Nogales Placement Center in Nogales, Arizona, on June 18, 2014.

About 500 women at the T. Don Hutto Detention Center in Liberty, Texas, have launched a hunger strike to protest their treatment and to advocate for their release.

“There are grave injustices being committed — detentions spanning eight months, 10 months, a year, a year and a half,” Magdrola, a detainee from Guatemala, wrote in a letter. “In the end, we are being told we have no rights and will be deported, with offensive words and gestures that make us feel worthless.”

The protesters at T. Don Hutto join other hunger striking immigrants at two other detention centers — in El Paso, Texas, and LaSalle, Louisiana. Some at T. Don Hutto say they are “dying of desperation.”

“This is a facility with a troubled history,” says Joy Diaz, a reporter for KUT in Austin, Texas. “It used to be a family detention center but it was shut down, and now it’s a facility that only holds women.”

At least one woman has been placed in solitary confinement for crossing the border illegally — something Diaz calls an “administrative fault” — though many are seeking asylum.

Some of the women at the T. Don Hutto Detention Center say that the bond prices imposed on them have been unreasonably high — up to $30,000 in some instances.

“In some cases, some are released for $1,000, so the arbitrary nature of the bond is one of the things that really upsets them,” says Diaz. “One person says she’s about to kill herself — held in solitary confinement for an administrative fault. ... The punishment does not equate the fault.”