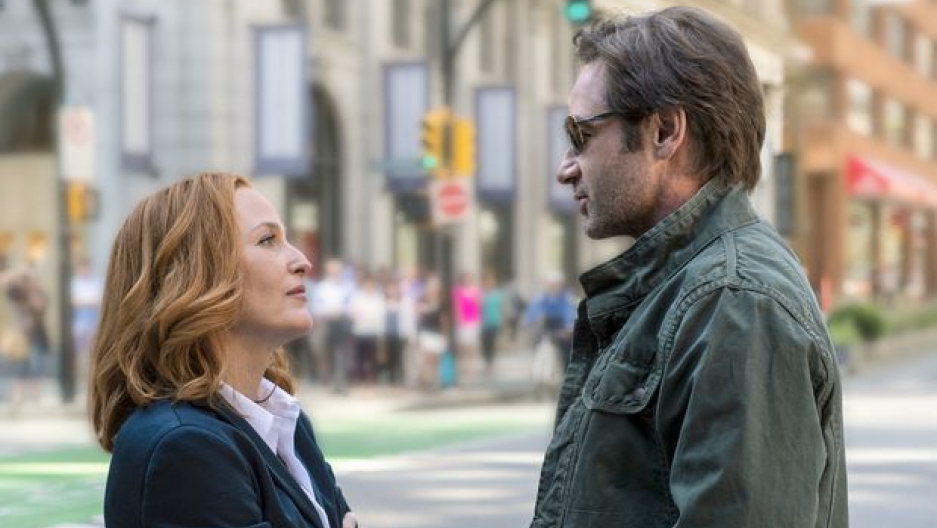 Studio 360 producer Eric Molinsky is a big fan of The X-Files. The show, which is returning to the air for a limited run in 2016, centers on two characters: Fox Mulder and Dana Scully, FBI agents assigned to paranormal cases. He’s the believer. She’s the skeptic.

Over the course of the show’s nine seasons and two feature films, Mulder and Scully unravel a massive conspiracy between shady government officials and aliens preparing to colonize the Earth.

The show has a massive fan following, and Molinsky thinks its popularity has something to do with Americans' historic love affair with conspiracy theories — a history he thinks is having a resurgence.

Joe Uscinski teaches political science at the University of Miami, and has written a book called “American Conspiracy Theories.” He argues that The X-Files was an immediate hit because it spoke to a Generation X audience that was “coming of age in the late '60s, '70s, and early '80s, and during that period you had Watergate, you had all sorts of real conspiracies about the CIA, and then you had Iran Contra. You had this whole zeitgeist.”

There are some groups in the US who have more than a passing interest in conspiracy theories. John Lumiere-Wins is part of a conspiracy hunting group called "Want To Know." He's also a fan of The X-Files.

“I had been exploring what's been going on on this planet [when The X-Files came out]. Kind of behind the scenes and behind the corporate media. And I had discovered that there were a lot of things that have been happening that people were ignorant of. And The X-Files revealed some of that stuff. I had no way of getting it out there like that,” Lumiere-Wins says.

Pop-culture critic Lindsay Ellis thinks Mulder made it acceptable, even romantic, to be a conspiracy theorist.

“You know, he's weird. But just weird enough. So he was relatable. But at the same time he was also kind of a hero, especially by nature of the fact that he does get vindicated so constantly,” Ellis says.

Uscinski says conspiracy theorists, while negatively covered by the media in large part, may actually be sort of heroic.