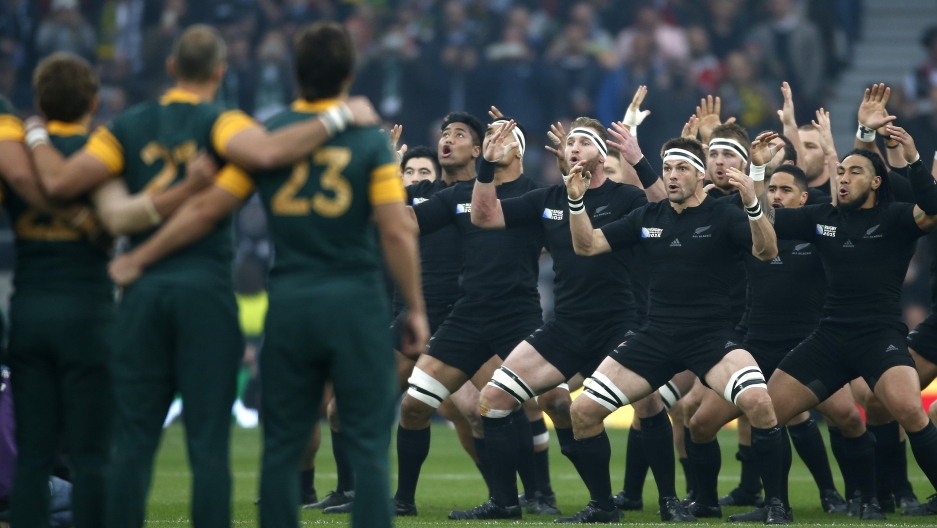 Richie McCaw of New Zealand leads his team during the haka as the South Africa team watch during their Rugby World Cup semi-final match at Twickenham in London on October 24, 2015.

When a massive TV audience tuned into Saturday's rugby World Cup final between New Zealand and Australia, they didn't just see a heck of a sporting match. [Listen to the audio below for a story about the haka. It begins at 6:40.]

They were also treated to a haka, a traditional “war dance” of New Zealand’s native Māori people that New Zealand's All Blacks perform before each game. The haka is generally thought of as way to spook and intimidate opponents, and New Zealand did triumph 34-17 over Australia. But the haka most commonly performed by the All Blacks, the Ka Mate, has an entirely different meaning if you consider the lyrics.

The song was composed by Te Rauparaha, war leader of the Ngāti Toa tribe, after he hid from his enemies in a food storage pit.

“That certain haka is actually about being victorious because the person who composed it, he was actually being hunted at the time by a rival tribe. That haka was actually a haka of celebration that he was still alive,” says Paraone Gloyne, a well-known haka dance performer, teacher and composer.

Also described as an ancestral war cry, or a “challenge,” haka has its own vocabulary and traditions. We love words at World in Worlds, so we asked Gloyne to tell us about some of the terms key to understanding the haka.

Wana: Gloyne described wana as the passion or the intensity of the performers.

Ihi: The feeling of watching something and getting goosebumps. “We believe that when you preform the haka well and the wana is high, there’s a connection you have with the audience. The people that are watching you, they feel the ihi,” Gloyne says.

Pūkana: The enlarged “buggy” eye look that cameras love to zoom in on.

Whetero: The act of sticking out one’s tongue during a haka. While both men and women perform haka, only men traditionally do  “Whetero.” 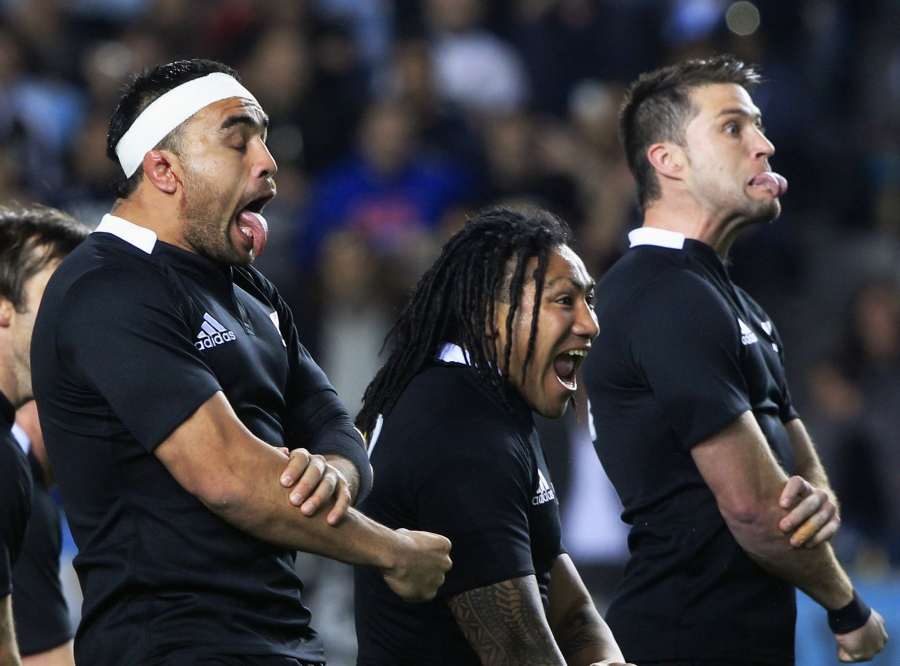 Waewae takahia: the stomping of the legs. “If you watch a good haka, all the performers are stamping in time, and the takahia is really the heart beat of the haka,” Gloyne says. "It’s very important that they keep good takahia to keep the tempo of the haka.”

Kaitātaki: The leader of the group during the haka, helps them keep time and set the tone.

Taparahi: A specific type of haka in which the performers stand in lines and have specific choreography. The hakas performed by the All Blacks are examples of taparahi, but Gloyne says there are many other types of haka, including a style called “ngeri” in which the movement is not set but is improvised.

Haka isn't just used on the rugby pitch. It continues to play a vital role for the Māori, who face many of the same challenges that afflict native people around the world: A legacy of colonialism and social and economic exclusion contributing to a host of modern social problems like high rates of alcoholism and teen pregnancy.

Kapa Haka, or performance art haka, is popular with Māori youth, who compete in local and national competitions. The lyrics often address social and political issues within the Māori community. The songs will rally Māoris to address issues and call out injustices.

“Anything that’s political at the moment, we’ll compose haka about," Gloyne says. “It’s one of the best ways to connect with our younger generations."

Gloyne has written a good example of a political haka, which beings at the 28:30 mark of the video below of a national hapa competition. It calls on the New Zealand government to commemorate the 18th centurary Māori Wars, a conflict between New Zealand settlers, backed by British troops, and Māori tribes defending their land. Thousands of Maori and Europeans died.

“We as a nation, we remember World War I and World War II, but we don’t pay homage to our own history and heritage, and it’s very important that we recongize the orgins of our nationhood. Our children need to learn their stories and learn this history."

Gloyne sees the way the All Blacks have popularized the haka as a good thing —  “it’s a great way to promote our culture” — but there is a downside as well. Companies have used the haka in commercials, including a recent advertisement in England that featured a former English player drilling a team in what was meant to be a very English response to the haka: the hakerena. Some Māori leaders didn't think it was so funny.

“We respect and endear the haka. It is esteemed. It’s not something we poke fun of. We won’t do that to any other culture. We’re very conscious of the fact that haka is being commercialized and is being used as a marketing tool by people that don’t know anything about the haka, or taken the time to really research the haka." 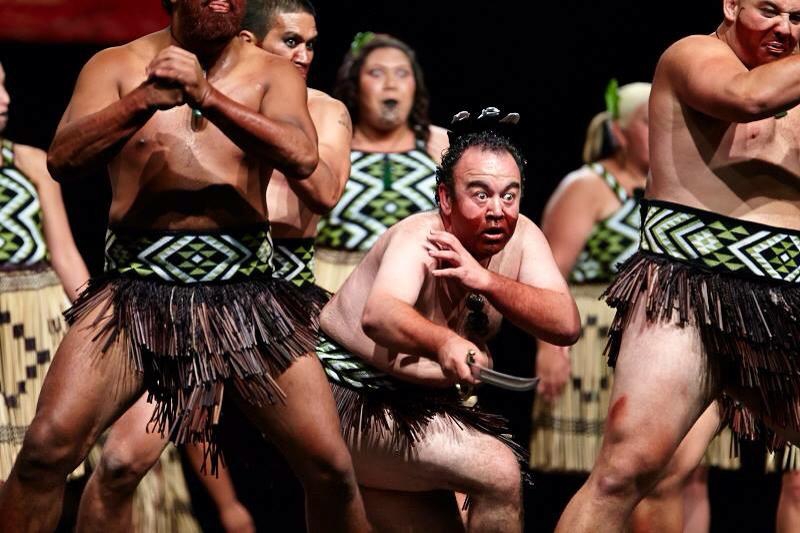 Non Māori are welcome to learn the haka, though a certain respect is required. Trying it in a drunken stupor, for instance, as some fans have done during pub crawls in London, is not recommended.

"Non-Māori can learn how to do the haka, like anyone, but they must learn what the words in the haka mean," Gloyne says.