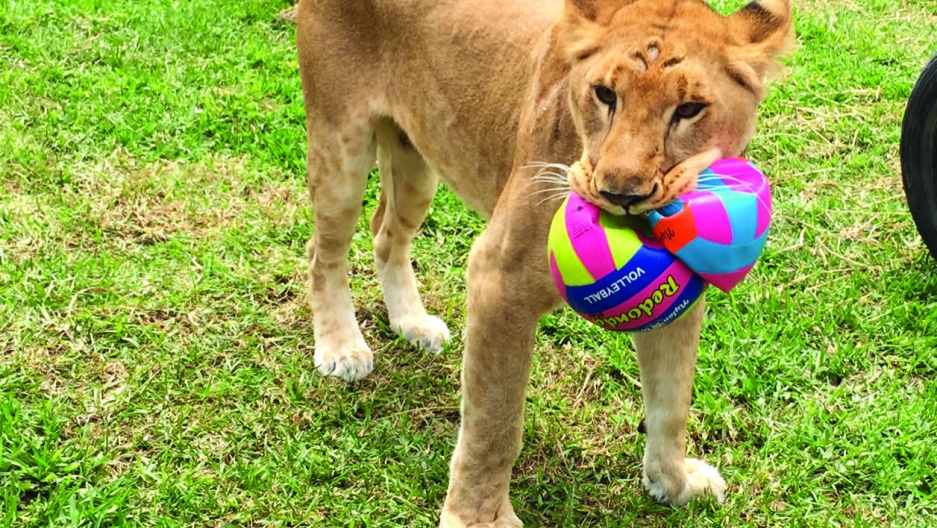 They were born in captivity and have no idea about the big cat sanctuary that's in store for them in South Africa.
Credit: Animal Defenders International
Share

LIMA, Peru — In a cramped, makeshift compound on the dusty outskirts of Lima, 24 rescued circus lions are enjoying more freedom than they have ever known.

But soon their lives are about to get even better. As GlobalPost reported in September, the animals will be headed in November to a big cat sanctuary in South Africa, along with another nine rescued in Colombia.

For animals born in captivity that have spent their entire lives in tiny cages — occasionally allowed out to create a spectacle for circus-goers, fed inadequate diets and often receiving no veterinary care — that will seem like heaven.

“The lions don’t know that their lives are going to change forever — from years of suffering in circuses, they will live in natural enclosures under the African sun. This is like a person applying for a visa for the trip of a lifetime,” said Jan Creamer, president of Animal Defenders International, the British nonprofit that organized the rescue and airlift.

But for now, the lions are getting ready for what is thought to be the largest-ever airlift of big cats. That means getting dental surgery to mend broken teeth and infected abscesses, extra portions of red meat to help them get back to a healthy weight and build muscle tone, and also slowly getting to know each other to allow them to form prides in South Africa. 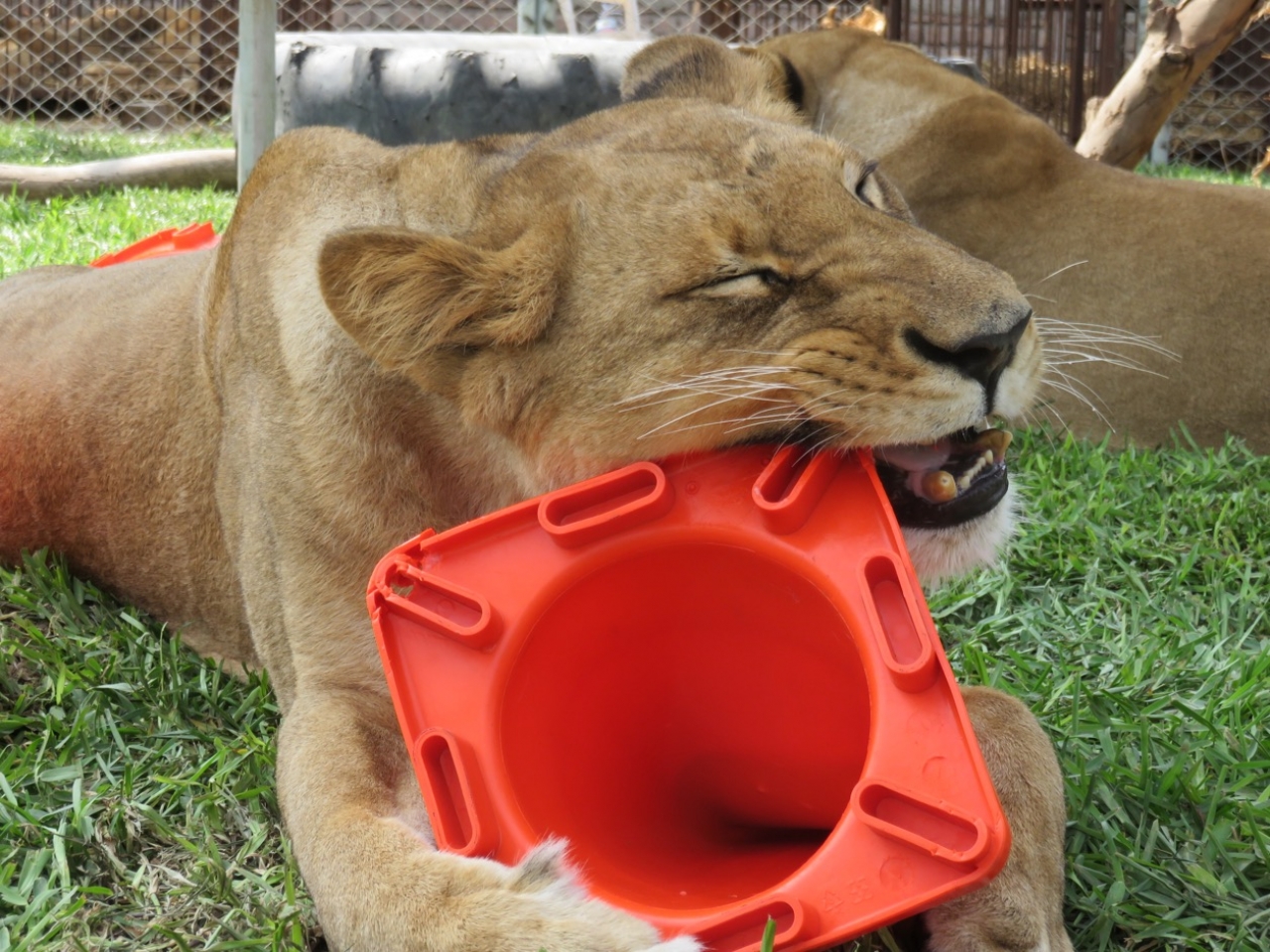 The lions get to play with toys, including traffic cones. That’s more stimulation than most have had in their entire lives.

The cones last a day. The lions also love soccer balls, but those only last a matter of minutes, or even seconds, before the big cats burst them. For some, one soccer ball is not enough. Balls made out of rope are sturdier and last a few days. Most of the lions have never had any veterinary care until now. This male needs dental surgery: And this male, named Joseph, is almost blind from preventable cataracts: The lions spend most of their time in cages as they await the airlift. But for the first time in their lives, all get an hour or two every day in this larger pen: Some are also undergoing surgery for broken teeth and abscesses. The lions are also being micro-chipped, to allow them to be tracked at their new home in South Africa. This male has no idea of the new life of freedom that starts in November.