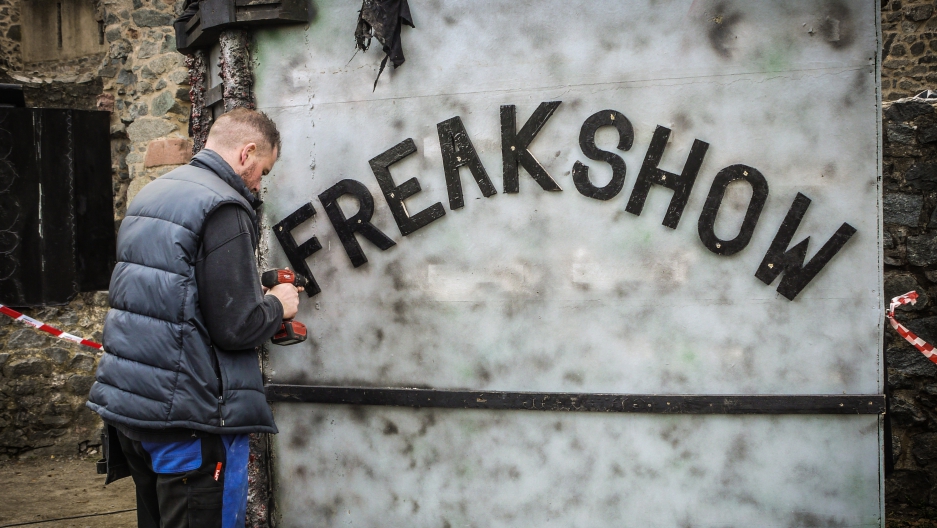 Temporary workers start to prepare the castle's haunted house about a month before Halloween. The haunted house was started by US military personnel almost 40 years ago.

Germany doesn't offer many options for those who want to get spooked on Halloween, but there are at least a few locations that promise a proper scare.

For those living near Frankfurt, the choice is clear — they'll drive about 20 minutes south to the crumbling ruins of Castle Frankenstein. Once home to a mad scientist, the castle now creakily opens its doors at Halloween.

The ruins of Castle Frankenstein sit high on a hill surrounded by dense forest.

On opening night of the Halloween fest, a thick fog shrouds the former fortress, making it the perfect stage for one of Germany's oldest haunted houses. Visitors nervously crowd outside the castle's front gate. A clown with fangs beckons them to enter. Inside more scary clowns appear, jumping up behind people and pushing them into dark corners. Monsters hunt down visitors and trap them in coffins. Around 100 creatures prowl the castle grounds every night. 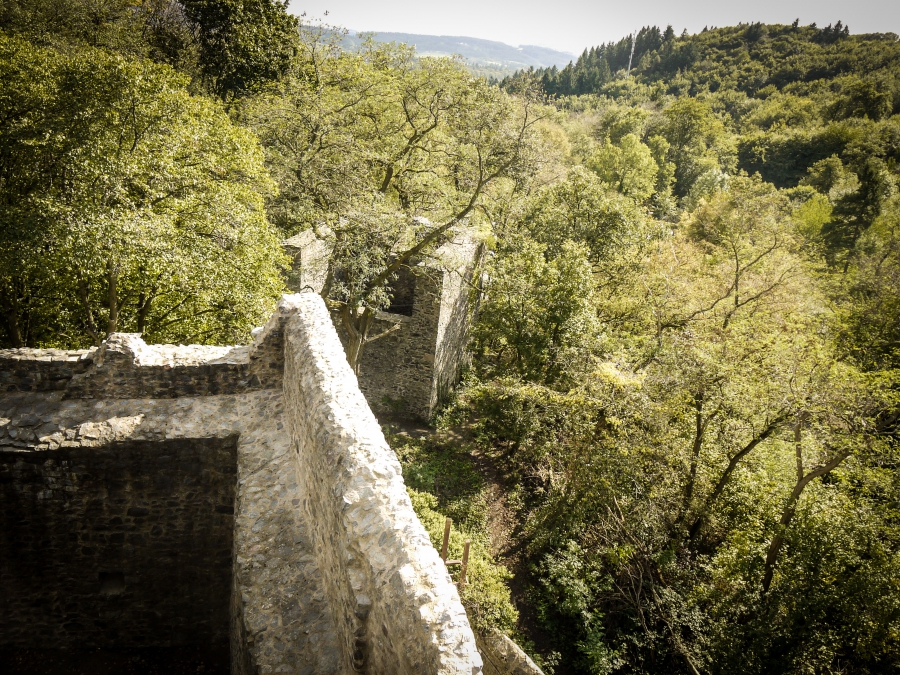 Castle Frankenstein, which is at least seven centuries old, is situated in the Odenwald, a large forest area not far from Frankfurt.

"We have a lot of werewolves and a monster in the swamp," says writer and historian Walter Scheele. "And we have this bad baby with a knife as a monster here. It's very good looking!"

Scheele has spent the past few decades unearthing Castle Frankenstein's often ghoulish history through research and talking with locals.

He says they tell a lot of black stories around this castle. Witches supposedly came here to drink the water from a magic spring in hopes of staying young. Scheele says one of the castle's most famous inhabitants, Johann Conrad Dippel von Frankenstein, likely served as the inspiration for Mary Shelley's gothic novel. Dippel was both an alchemist and grave robber at the beginning of the 18th century.

"He stole the bodies, the fresh buried bodies, from the cemetery of Nieder-Beerbach," Scheele says.

According to Scheele, the local mayor became so angry about the grave robbing he spread even darker rumors. He told locals that Dippel was the blood brother of the devil and had taken the body parts from the cemetery in order to form a monster. The mayor said Dippel's monster was on the loose in the forest and in search of virgins. 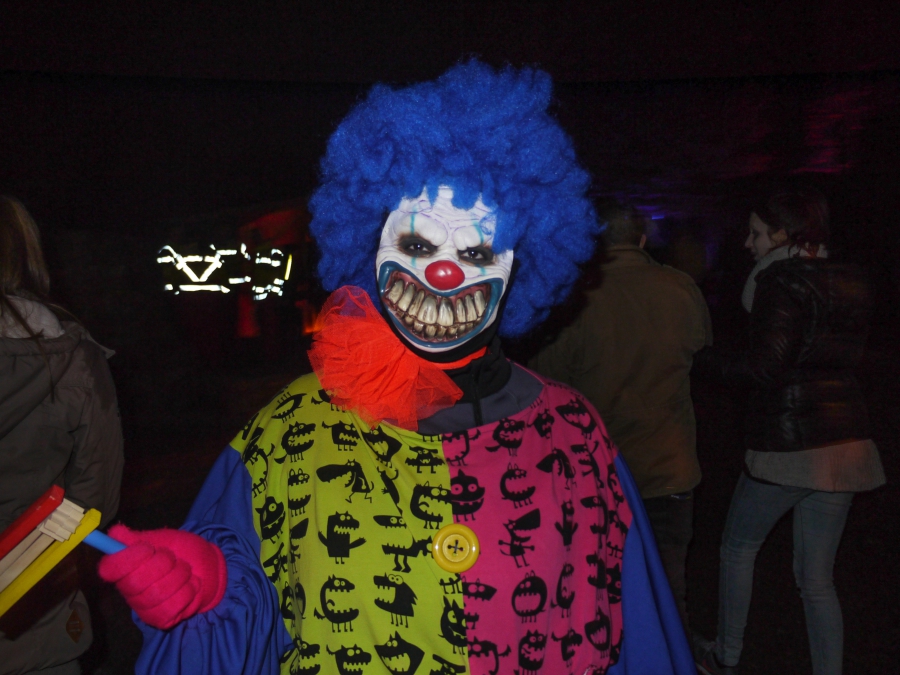 Many of the people who play evil clowns actually have a fear of clowns themselves.

Randy Van Zandt and his wife Manuella drove to Castle Frankenstein from Stuttgart, a few hours away.

Van Zandt is recently retired from the US army. His wife Manuella is German. They didn't know much about the castle's history but they'd heard it's one of the few places here to get really scared at Halloween.

"Because in Germany we don't really celebrate it. So we decided this year we're going to make it a bigger deal," Manuella says.

Randy agrees. "Halloween in America is a little bit more intense. It can be a little more dramatic but of course that's what we love." 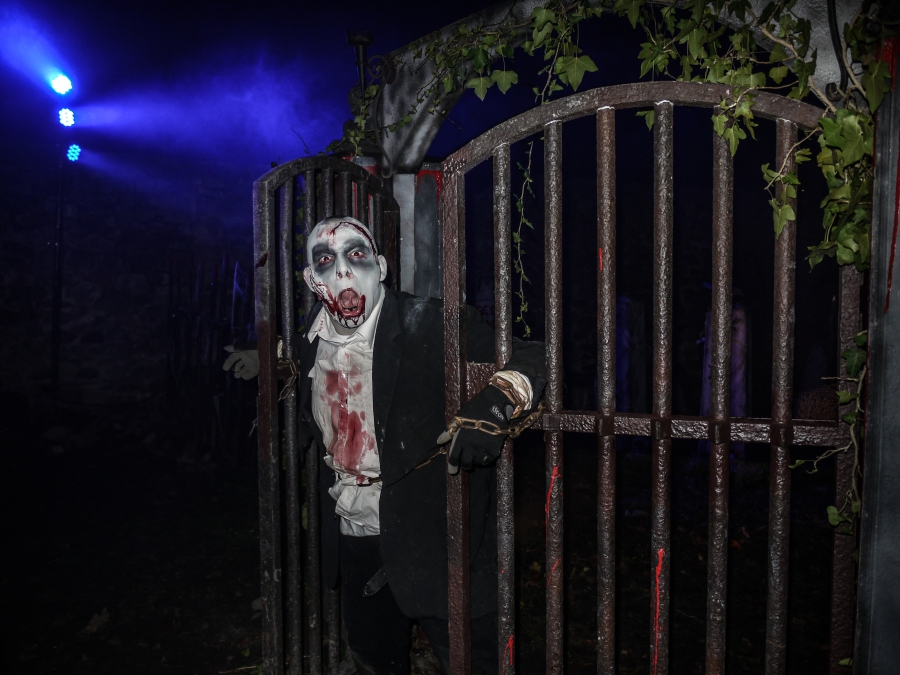 Monsters are encouraged to develop their own characters and back stories.

Halloween was never a big deal in Germany but that changed when the US military stayed on here after World War II. The haunted house at Castle Frankenstein was actually the brainchild of US soldiers who launched the event about 40 years ago. Randy Van Zandt says he's seen interest in Halloween grow since he first came to Germany in the mid-nineties.

"You see a lot of German people coming on post and the kids are doing trick or treating along with American kids," he says. "So the Germans are starting to get on board and I think they like it."

One German who's definitely fallen under Halloween's spell is Ellen Riedmann. By day, she works at a bakery. At night, she performs at Castle Frankenstein dressed as Stephen King's murderous clown "It." She still remembers her first visit to the castle.

"It was like another world. It was unbelievable the effort and level of detail that's put into the show," Riedmann says. "Later I thought I have to take part in this."

She gets what draws people to the castle at Halloween every year.

"I think it's the kick — the adrenaline kick," Riedmann says. "People can't experience that in everyday life. And the idea that on Halloween the worlds between the dead and the living mix — this gives people goosebumps." 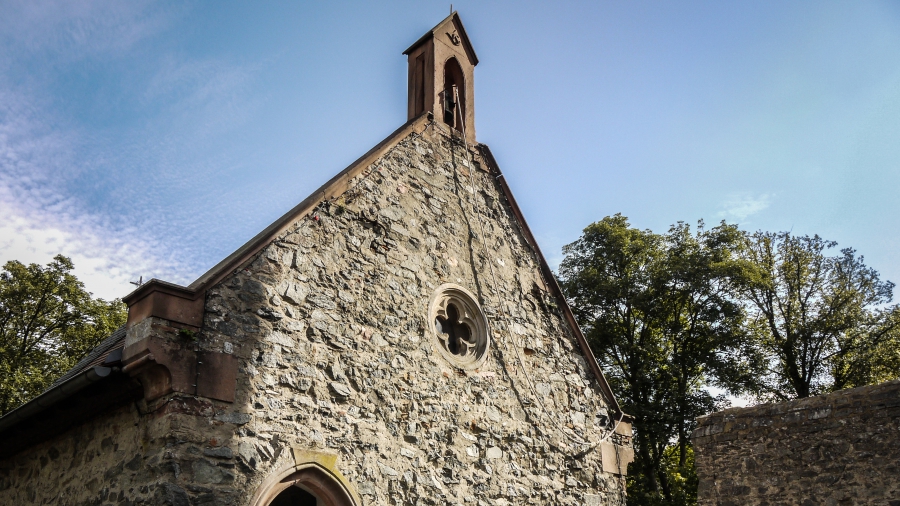 The ghost of Johann Conrad Dippel von Frankenstein supposedly sits atop the chapel after Christmas, beseeching his monster to return.

Those who miss the haunted house at Halloween can come back after Christmas when the ghost of Dippel von Frankenstein supposedly appears. Locals say he sits atop the chapel roof howling for his monster to return.