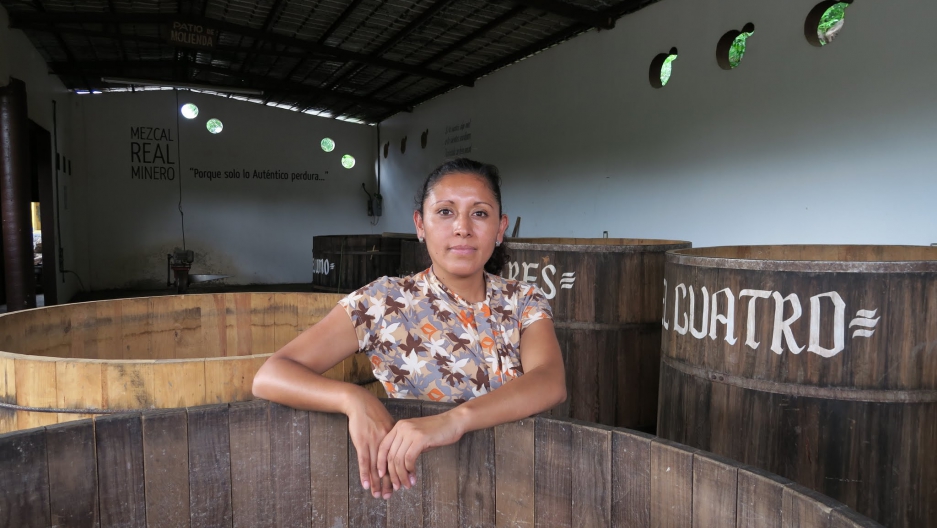 Graciela Angeles is the general manager of Mezcal Real Minero, based in the southern Mexican state of Oaxaca. She's the fourth generation of mezcal makers in her family.

From Hong Kong to New York to London, liquor fans are hot for mezcal. It’s a Mexican agave spirit similar to tequila, yet stronger and often smokier. At trendy spots like the Devil’s Acre bar in San Francisco, patrons pay up to $29 a shot for the rarest varieties.

As a result, mezcal production is booming, shooting up 50 percent between just 2011 and 2014, while the number of liters bottled for export rose even more.

The world’s sudden thirst for mezcal is reshaping the Mexican villages where it’s made. It’s also opening the door to some unexpected Mexican entrepreneurs — women. Wives, mothers, sisters and daughters have historically played a key role in mezcal, but they’ve rarely taken the reins or received the credit. Until now.

And these three women entrepreneurs are among those leading the charge. 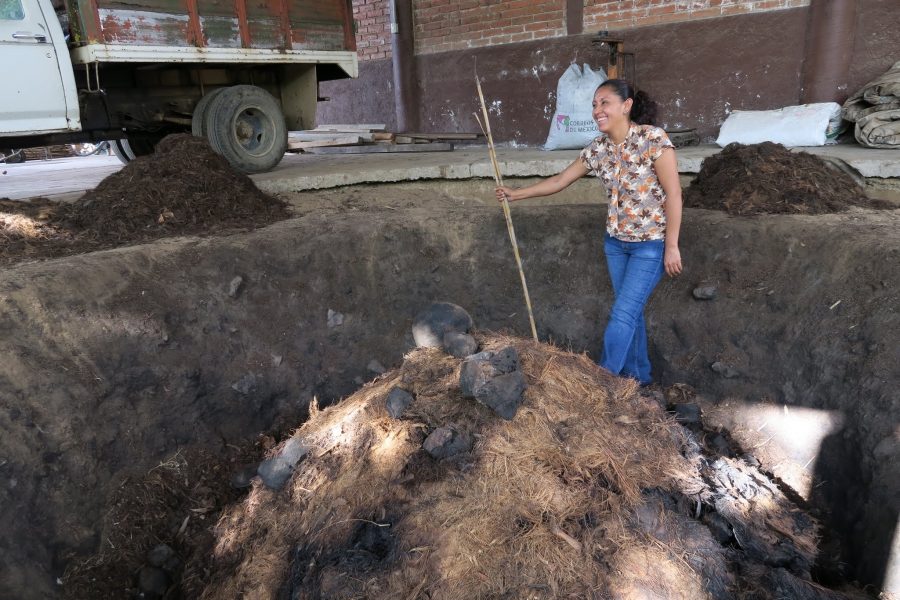 Graciela Angeles is the general manager of Mezcal Real Minero. She is poised and calm, the fourth generation of mezcal makers in her family. Yet in her tiny town of Santa Catarina Minas, in the southern state of Oaxaca, she is a kind of revolutionary — a woman with a master’s degree who has grown Real Minero from a small family project into a high-end brand.

Angeles explains that she’s hardly the first woman to make an impact on the family business. “Women and men have always been part of making mezcal,” she says.

Across Oaxaca, women of the household have long helped tend the ovens and stills, fill the bottles, feed the workers, and manage the finances. In Angeles’ village, during Mexico’s prohibition on alcohol, women like her great-grandmother carried clandestine jugs of mezcal dozens of kilometers to sell in neighboring towns. The townspeople still mythologize these women as strong, tall, and bold, though in reality her great-grandmother was petite and quiet.

“At the end of the day, it was this tiny little woman who made my great-grandfather’s business possible,” Angeles says. But it was always the men of the household who got the credit for the product.

Now, with mezcal more marketable, more women are moving into the spotlight. Angeles is one of the most respected among them. She paid her university tuition by selling agave plants and has grown her business while taking care of two kids on her own. 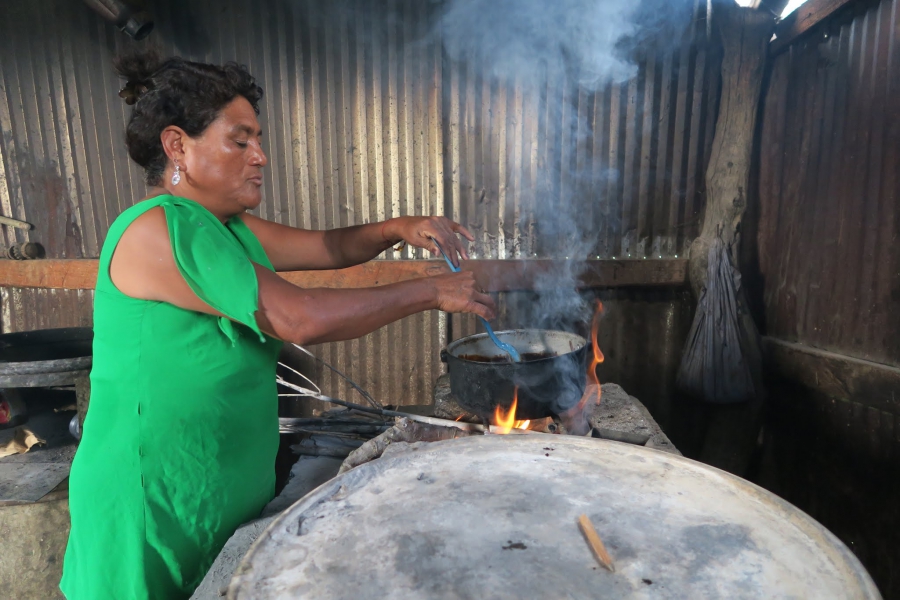 Reyna Sanchez learned the mezcal craft from her father and does the hard labor of cutting agave and making the spirit herself.

Forty minutes south, in the remote town of Miahuatlán, Reyna Sanchez is a different kind of mezcalera. She is rough and rowdy. An only child who learned the craft from her father, she does the hard labor of cutting agave and making mezcal herself, yet always keeps her fingernails painted.

Sanchez runs a one-woman shop, crushing the tough agave fibers by hand, beating them with a wooden mallet until her shoulders burn. On a visit to her house, she entertains guests with a favorite saying about mezcal: “Blessed liquor, sacred elixir, what are you doing outside me? Get in!”

Unlike Angeles, Sanchez has very little education. And unlike Real Minero, she has no brand name, no labels, not even bottles. She keeps her product inside her house in plastic barrels and a big metal cistern (the kind Mexicans keep on their roofs to store water). To buy her mezcal, you bring your own bottle to fill from the spigots.

Yet Sanchez is known regionally for making some of the best mezcal around. She supports her mother and herself with it. And when I ask her what’s it like to be a woman in mezcal, the question seems irrelevant. Her work might sound romantic, but it’s a matter of survival.

“I make mezcal out of necessity,” she says. “If you’re not going to migrate to the United States to work, then when you find work around here, you can’t afford to lose it.” 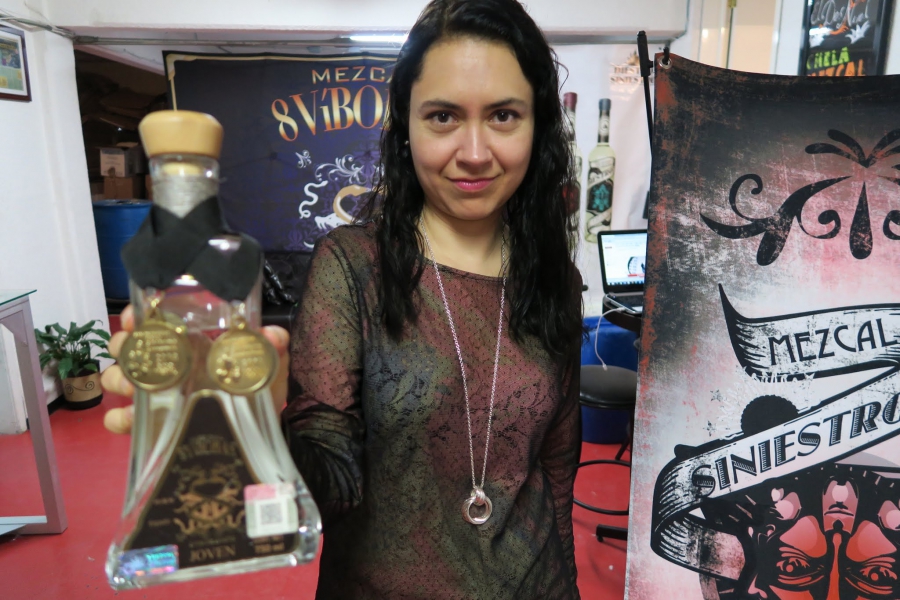 Bérenice Muñiz co-runs a mezcal business from Mexico City. When negotiating with mezcal makers in rural areas, she's noticed that "men prefer to negotiate with men, not women."

The calculation is different for Bérenice Muñiz, co-founder of the popular brands Ocho Víboras and Diestro y Siniestro. She holds a master’s degree in finance and lives in Mexico City, where she doesn’t feel like such an oddity as a female executive. Muñiz and her (male) co-founders don’t make mezcal themselves, but contract with Oaxacan producers. She says she always felt well-received promoting mezcal in Mexico’s capital city. Only when her team goes to more far-flung areas to meet mezcal producers does her gender change the landscape.

“Oftentimes, in the states and towns, men prefer to negotiate with men, not women,” says Muñiz. So her coworkers do the bargaining. “Despite that, the women of the family also have an influence on family decisions, and that’s where I come in. I chat and negotiate with them.”

Despite these three women’s success, there is still a long way to go to raise women’s profile in the mezcal business. Angeles’s own father had trouble accepting that his daughter, and not one of his sons, would run the family business. And among the hundreds of people attending a recent national meeting of mezcal producers, only five were women — Angeles and Muñiz among them.

Too often, women in mezcal are still seen as an exotic phenomenon, intriguing only because they’re different, says Angeles. “They’re not really recognizing your abilities, they’re just seeing you as something rare, like an exception to the rule. It’s an exception because what’s logical is for mezcal makers to be men.”

In all her years in the business, Angeles doesn’t recall a single male executive congratulating her on her success. “But I’m not waiting for that, either, because I know that for cultural reasons it’s practically impossible,” she says.

What matters to her is supporting her family, teaching her children equality through her example, and bringing along a new generation of women — convincing them and others of what they can achieve. She says, “Everything else is unimportant to me.” 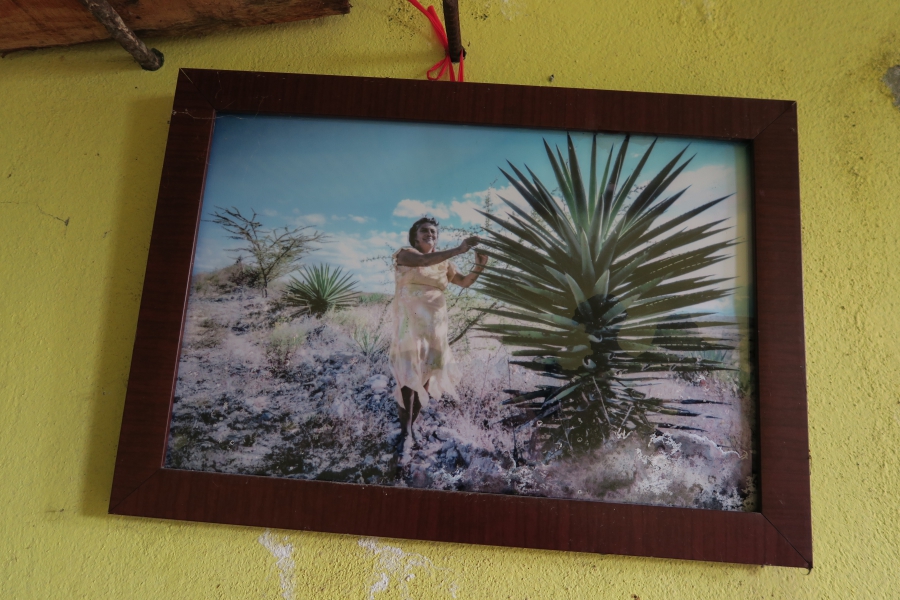 Reyna Sanchez in a field of agave. She crushes the plant's tough fibers by hand to create her mezcal.

There’s one more influential role of women in mezcal that Muñiz says shouldn’t be overlooked: as consumers. In her work, she’s found women often bring a keen palette to mezcal’s rich and varied flavors. “Women are really good mezcal drinkers, I’ve seen it!” she says. “They appreciate the flavors.”

I can vouch for that.

Back at Real Minero, Angeles opened a bottle of her mezcal for a set of guests. We were a group of all women, Mexican and American, including Angeles’ sister, the mezcal blogger Susan Coss, and even my mom. And we knew our mezcal.

This particular variety was made with cuishe, one of the fieriest tasting agaves. As she popped out the cork and poured us little cups, Angeles said, “With this mezcal, your mom is going to sleep like an angel.” We drank to that.