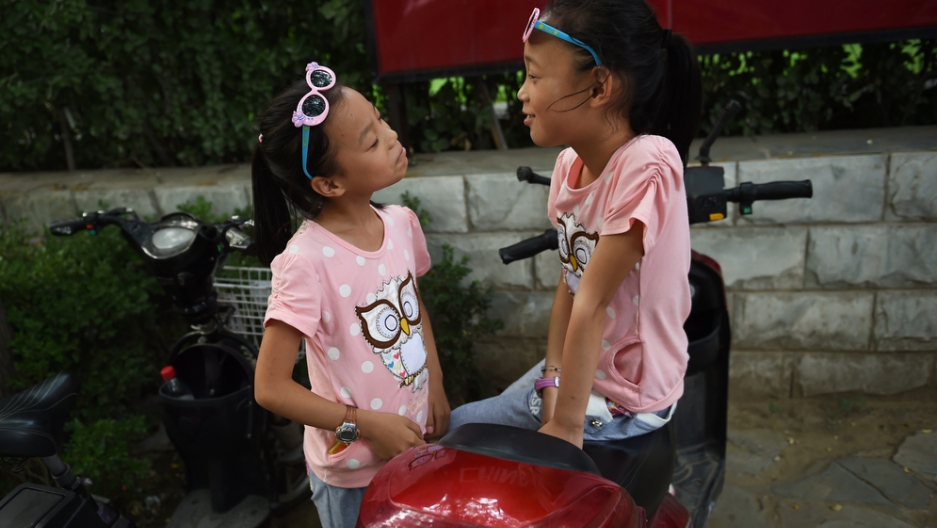 Faced with the demographic time bomb of a low fertility rate, shrinking workforce and aging population, China has finally heeded the advice of demographers and economists and abolished its one-child policy.

The decision, announced in October, allows all Chinese couples to have two children for the first time in 36 years.

“The change of policy is intended to balance population development and address the challenge of an ageing population,” the official Chinese news service Xinhua reported. The new law went into effect on Jan. 1, 2016.

That's great, but it's probably come too late.

While ending the one-child policy has been described as “symbolically significant,” experts are doubtful it will do much to avert an economic and social crisis in the coming decades.

“It will be at least 15 years, and more in many cases, before babies born under the new regulations are old enough to join the workforce,” Chang Liu and Gareth Leather of London-based research consultancy Capital Economics wrote in a report.

And “it is unclear how many couples will choose to have an extra child if restrictions are lifted. The one-child policy has been relaxed a number of times over the past decade without triggering the surge in new births that officials were hoping for,” they said, pointing to a 2013 survey that showed nearly 50 percent of urban residents were happy with just one kid.

That presents a huge challenge for Chinese leaders.

After restricting most couples to one child for nearly four decades, they now need to convince them to get back in the bedroom and start making more, like, right now.

Interactive charts by the OECD

That’s because the one-child policy, introduced in the late 1970s to rein in China’s population growth, has caused deep demographic distortions that have led to economic and social problems that are only expected to worsen in the coming decades.

China’s working-age population has been shrinking for the past three years, and the trend is expected to accelerate. The United Nations has predicted China will lose 67 million workers by 2030.

It’s already having an impact on the country’s manufacturing sector, a key driver of economic growth, where labor shortages have driven up wages and forced some factories to relocate to neighboring countries where production costs are cheaper.

At the same time, China’s population is aging rapidly. By 2040, 28.1 percent of the population will be over the age of 60, compared with 12.4 percent in 2010, which the UN said would represent the “fastest” increase in the world.

With the dependency ratio — the ratio of children and elderly to the working-age population — rising, the government is worried about how it will support this growing non-productive segment with fewer workers paying taxes and contributing to pensions.

But China’s demographic crisis isn’t just an economic one. While the one-child policy has prevented an estimated 400 million births, enabling China’s economy to develop quickly over the past 30 years, it has come at a huge price.

Forced sterilizations, infanticide and sex-selective abortions have resulted in a deficit of women in the country.

By 2020 there will be as many as 30 million bachelors, known as “bare branches” in China, prompting one Chinese economist to suggest recently that polygamy might be the answer to the wife shortage.

“The gender imbalance is going to be a very major problem,” Steve Tsang, a professor of contemporary Chinese studies at the University of Nottingham, told the Guardian.

“We are talking about between 20 million and 30 million young men who are not going to be able to find a wife. That creates social problems and that creates a huge number of people who are frustrated.”

Reversing the population trends won’t be easy. Some experts put China’s fertility rate as low as 1.5 children per woman, which is well below the replacement rate-average of 2.1. At this point many couples are reluctant to have more children given the high cost of education and health care.

A move by the government to relax the one-child policy in 2013 for couples where one parent was an only child has resulted in fewer births than officials would have liked. By the end of May there had been just 1.45 million new birth applications.

“For a second child, my answer is no, no, no. Doesn’t matter what the policy is,” a mother-of-one in Shanghai told the Wall Street Journal, citing the cost and effort involved in raising a child.

“I can’t imagine who would have the energy to raise another child.”

The Chinese government is hoping lots of couples do.